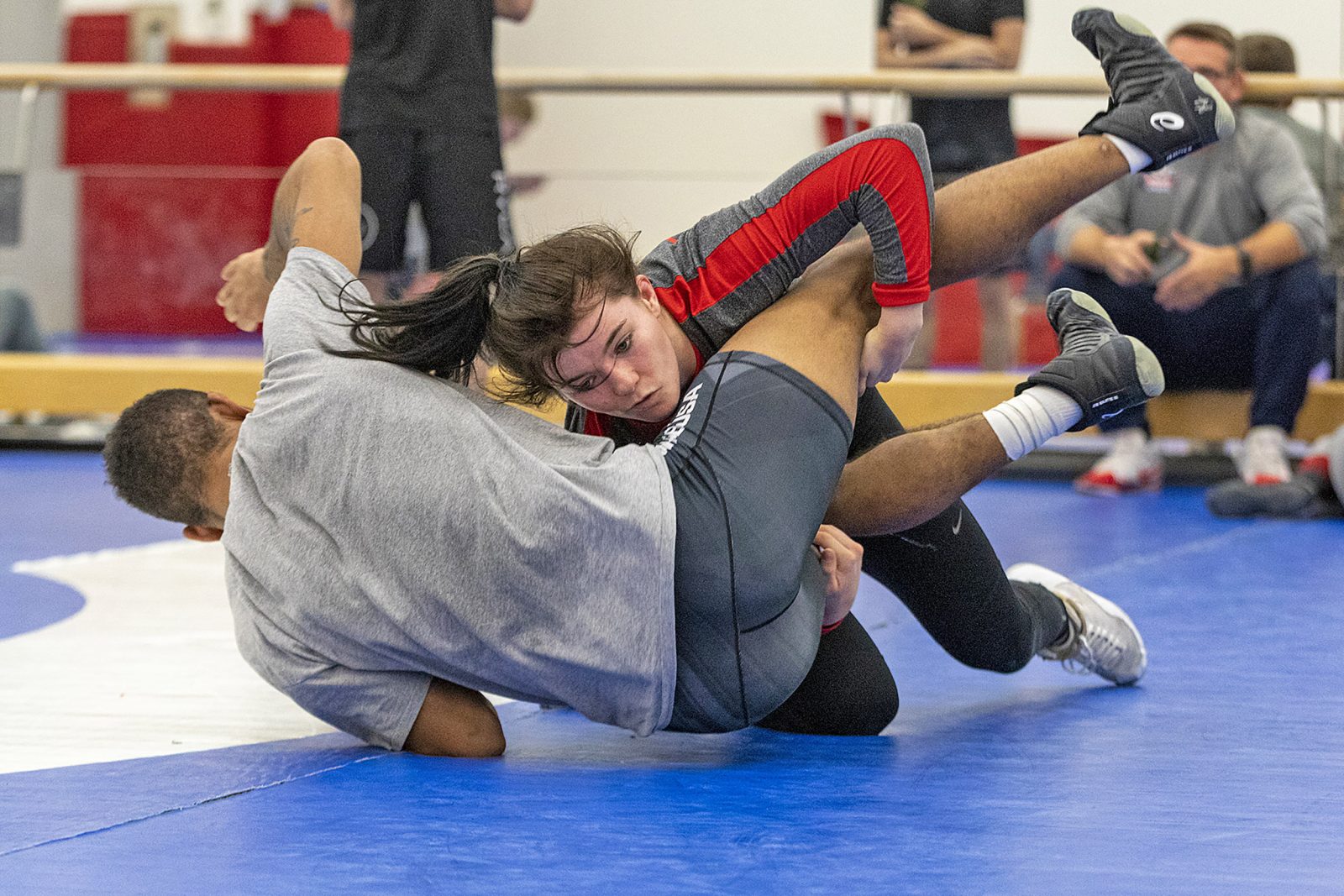 Brock University wrestler Hannah Taylor works out ahead of the Canadian Wrestling Trials being held this weekend in Niagara Falls.

The women’s wrestling team at Brock University is entering the 2019-20 campaign with a noble purpose as they look to defend their eighth consecutive U SPORT Championship title on home soil and test their might at the Olympic Trials in Niagara Falls.

The team will look different as the Badgers lost several key athletes in Emily Schaefer, Kristina Mclaren and Darrion Sterling from their squad.

“The new team possesses the ability to compete well despite those losses,” said head coach Marty Calder. “We recognize fully that we will have to be our best in February to win another national championship, and I believe they are putting the work to get there. It should be a very exciting nationals this year given the strength of our opponents.”

Upon earning her degree from the Faculty of Education as a Concurrent Education student, Schaefer was the top-ranked wrestler in U SPORTS for her weight class, 55-kilograms, and captured a her fourth consecutive gold medal at the national wrestling championships in Calgary. She also won her fifth consecutive provincial gold medal.

McLaren and Sterling recently graduated during Fall Convocation in October.

McLaren secured a Bachelor of Kinesiology with Honours, but is returning in January for a MSc Applied Health Sciences to further explore sport physiology and psychology.

Last season, Sterling had only two points scored against her during the OUA and U SPORTS Championships. 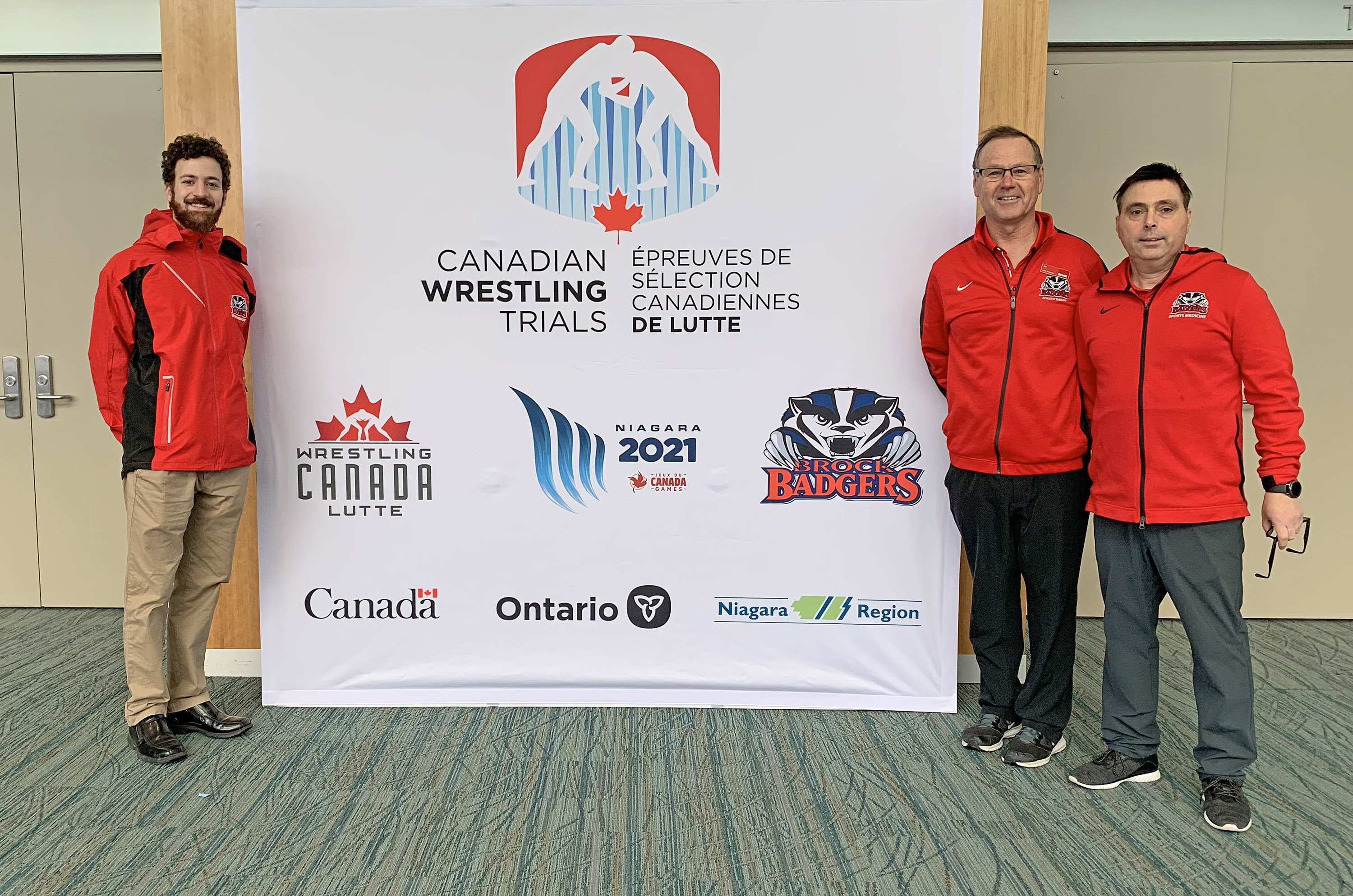 Sterling transferred from the University of New Brunswick in 2017. In total, she captured an Atlantic gold and silver, an OUA gold and a silver and a national gold and bronze.

The Brock Wrestling Club will deploy three varsity athletes — Hannah Taylor, Shauna Kuebeck and newcomer Julie Steffler — at the Canadian Wrestling Trials, which are taking place at the Scotiabank Convention Centre in Niagara Falls from Dec. 5 to 7, in order to compete for Canada at the 2020 Summer Olympics in Tokyo, Japan.

“There is a different vibe around this season. We have the most intense room in the country, but this year has been next level,” said Taylor. “Everyone walks in with great spirits excited to train and, when practice begins, you can tell each person is focused and ready to give it 100 per cent.”

The team has been ramping up with extra matches during practice, said Taylor.

“From the rookies putting in the work to help those preparing for Olympic trials, the seniors dedicating every minute of the day working towards their dreams, to the coaches making themselves available at all hours for anything we need, it’s an amazing group of people pushing each other in support,” she said.

The women’s 57kg weight class at the Olympic trails will consist of Taylor, a senior Sport Management student who recently returned with a bronze medal from the 2019 U23 World Championship, and Steffler, who recently joined the Badgers after transferring from Western University where she won two OUA silver medals and a pair of national medals in silver and bronze.

Steffler, a native of Tottenham, Ont, has overcome two ACL surgeries, including one which caused her to miss an entire season.

“I came to Brock to complete my Masters in Professional Kinesiology, and be in the Brock wrestling room,” said Steffler, who added that she loved Western yet was looking to take her game to the next level.

The first impression she had of training with the No. 1 team in Canada was the physical energy in the training room.

“Like the room was literally buzzing. At first this was really nerve racking and a bit intimidating even though I’m an older athlete coming into the room,” said Steffler. “Everyone is working towards the same goals and wants each other to succeed. That’s what I love about this room and the people in it. I still feel the buzzing, but now it feels like more of a normal thing and more like background noise that I always know is there.”

Calder said the magnitude of training that room provides gives his team an edge on the mats, yet it also serves as a humbling tool for his athletes.

“That room is an egotistical room, and it should be, but once we return to canvas the grounds of Brock, or the city, wherever we might be then we return to being an ‘Average Joe’,” said Calder.

Shauna Kuebeck enters her fourth season motivated to improve upon a tough campaign last year. The Kinesiology student from Greenbank, Ont. injured her meniscus two weeks before the OUA Championships.

Kuebeck lost the third-place match in the 82kg class at nationals in Calgary last year.

“I managed to recover in time to compete, but I don’t believe I competed at the level I am capable of at either tournament,” she said. “My team on the other hand did a phenomenal job in their respective weight classes. We had a couple of young girls who really stepped up and performed. This year we may have a bit of a young team but I have no doubt we’re ready. I am beyond excited to get back at it and finally take home a U SPORT gold.”

Kuebeck will compete in a lower weight class, 76kg, at the Olympic Trials than she did at nationals last year.

“The coaches and the team make the best decision for what we feel will make the strongest team,” said Kuebeck.