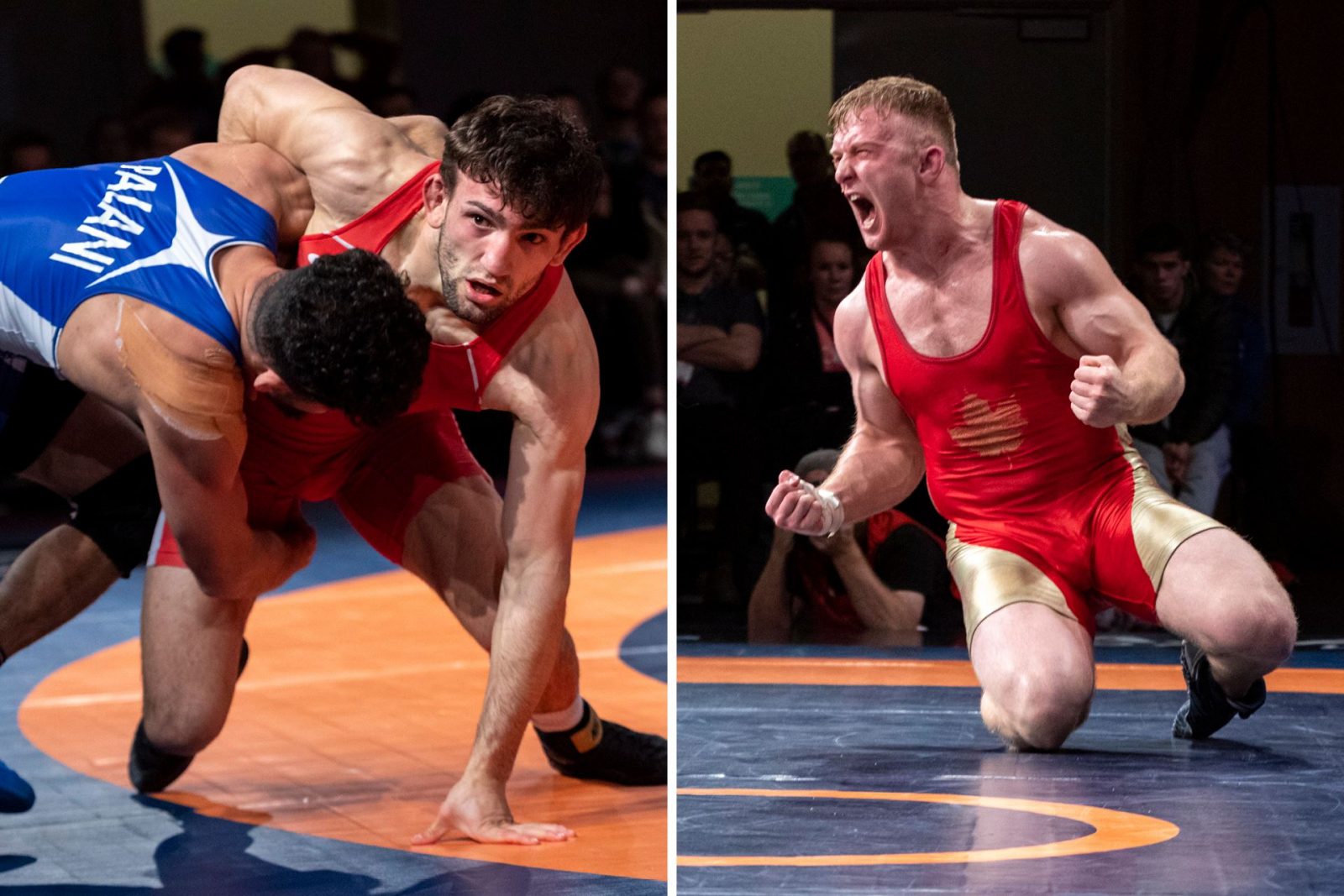 Ligrit Sadiku (57kg) and Clayton Pye (86kg) of the Brock men's wrestling team earned their spot on Canada's squad for the 2020 Pan-American Olympic Qualification Tournament in Ottawa from March 13 to 15.

No. 2 seed Ligrit Sadiku and No. 4 Clayton Pye of the Brock men’s wrestling team earned their spot to compete for Canada after overcoming a field of the top wrestlers in the country during the Canadian Wrestling Trials in Niagara Falls last weekend.

Brock Wrestling Club was well represented with a total of 10 wrestlers competing in the finals on Saturday, including second place finishers Jade Parsons (53kg), Hannah Taylor (57kg), Olivia Di Bacco (68kg) in the women’s freestyle events and Chris McIsaac (65kg) and Tyler Rowe (74kg) on the men’s side.

“The ups and downs, the celebrations and the heartache, it’s tough on all of us because you’re with the kids emotionally and you know how much work they put in,” said Brock Head Coach Marty Calder.

Sadiku, a 23-year-old Kinesiology student from Summerside, P.E.I. and Pye, a 24-year-old Psychology student from Ingersoll, Ont. will take the next step towards the 2020 Summer Olympic Games in Tokyo, Japan when they wrestle at the 2020 Pan-American Olympic Qualification Tournament in Ottawa from March 13 to 15.

“Making this team means a lot to me as this was the tournament I have spent countless years training for,” said Sadiku. “I have now completed a crucial step to fulfilling my dream of going to the Olympics, so it means the world to me that I made this team.”

He lost the first match by a 4-3 decision, but despite a controversial call, Sadiku quickly adapted and started reading Palani like an open book.

“There’s pros and cons to facing the same opponent multiple times in a row,” said Sadiku. “For me, the opponent becomes more predictable. I think one of my strengths is that I’m good at adjusting and learning how opponents wrestle.”

In the second bout, Sadiku roared out of the gates and started to flex his offence, which his coach would like for him to use more often.

“His offence is extremely difficult to stop,” said Calder. “He doesn’t know how good he is. He’s a special kid, a special athlete. His ceiling is so high. I think a tournament like this shows the level he can compete at, which is a whole other level. This is the step that will catapult him to his next level.”

Sadiku rinsed Palani 12-2 by tech fall in the very next round.

“It can be tough to refocus and gain confidence to beat them in the next match after losing on controversial call,” said Sadiku. “Thankfully, I was able to come out more aggressively the second match and ride the momentum into the third match.”

He sealed the deal in the third round with a 4-1 decision.

For Pye, earning his spot on the Canadian team is “everything.”

“I’ve been trying to earn that Canada singlet since I started wrestling,” said Pye. “It’s another milestone in my journey. Stay tuned because there’s more to come.”

Pye, a defensive juggernaut, remained unrattled despite suffering a huge cut under his right eye, which required on-site cauterization from the swift medical staff, in the first round of the men’s freestyle 86kg finals versus Alex Brown-Theriault of the Carleton Wrestling Club.

“I got a pretty hard headbutt from Alex,” said Pye. “I wasn’t super surprised, because he had torn up all his opponents’ faces on Friday. Only difference was he had three matches to mash my face up.”

Pye won by tech fall 15-4, but Brown-Theriault won the second meeting by a 9-2 decision.

In Round 3, Pye dominated Brown-Theriault 13-2 by tech fall.

“He’s strong as heck and he’ll wear you down,” said Calder of Pye. “He’s been here for only four years, so for him to win the Olympic Trials is an incredible feat for him.”

“I’ve always said it, it’s not one person that steps on that mat. I knew I had so many people behind me,” said MacDonald. “It’s not just my friends and family, but it’s my therapists, my coaches, my training partners. I could never give back for what these people have given me.”

Fazzari, a 2016 Olympian who worked her way back from injury at the 2018 Commonwealth Games, swept fellow Brock wrestler Jessica Brouillette by decisions of 3-0 and 3-2. The complete list of of winners is below.