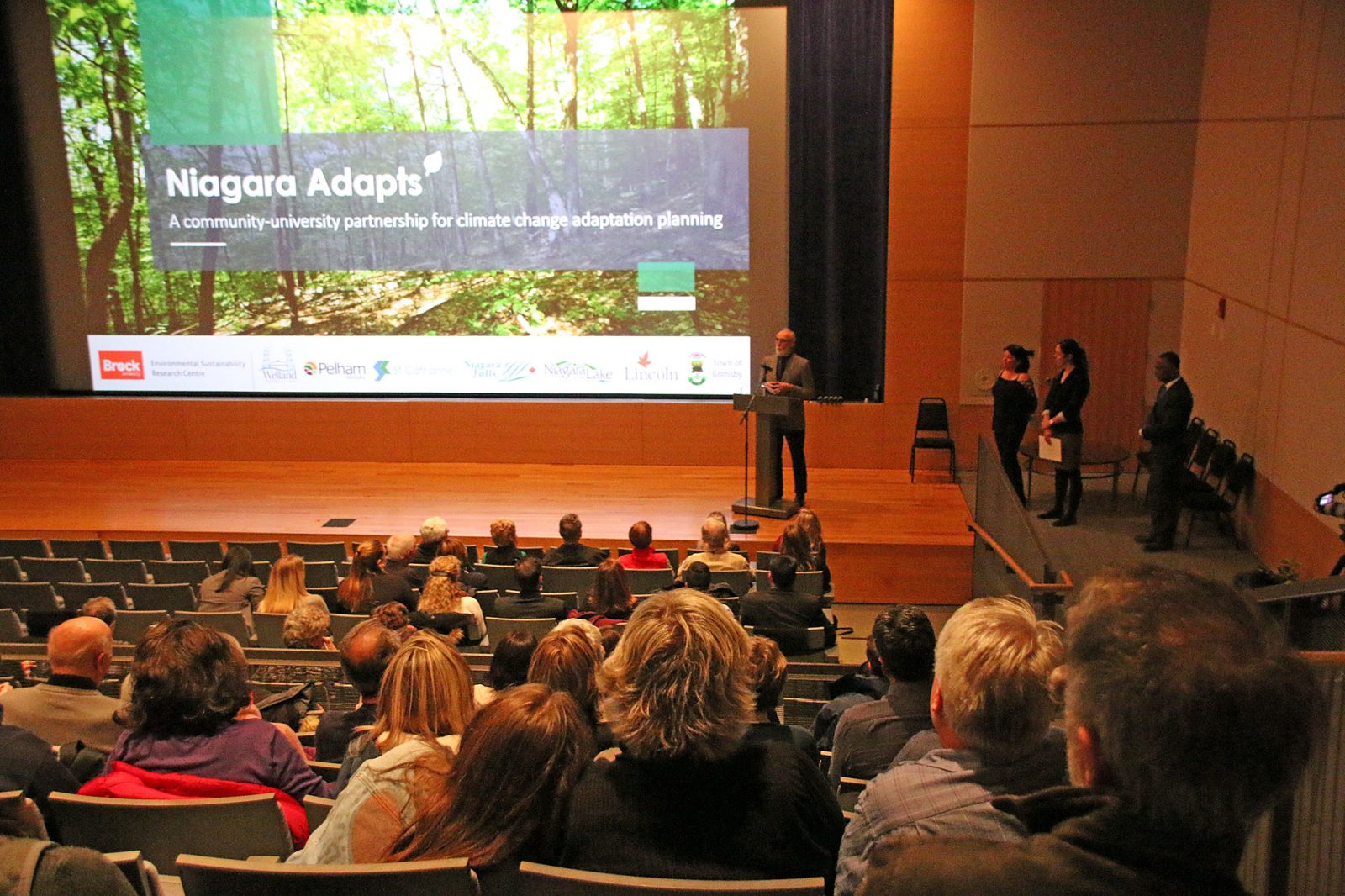 Marine scientist turned climate change advocate John T. Anderson speaks ahead of the screening of his film Resilience at the formal launch of Niagara Adapts.

Niagara Adapts, which formally launched Nov. 27 at the Film House at the FirstOntario Performing Arts Centre, was formed to seek innovative strategies that address how climate change is impacting the region.

The partnership, which was announced in June, will leverage resources and expertise from ESRC and the Town of Grimsby, Town of Lincoln, City of Niagara Falls, Town of Niagara-on-the-Lake, Town of Pelham, City of St. Catharines and City of Welland.

“Many Canadian cities and regions don’t have formal climate change plans, which is surprising in 2019,” said Jessica Blythe, Assistant Professor, ESRC. “These seven municipalities are really stepping up and taking a leadership role.”

The partnership has a mandate to support collaborative climate change adaptation assessment, planning and implementation. 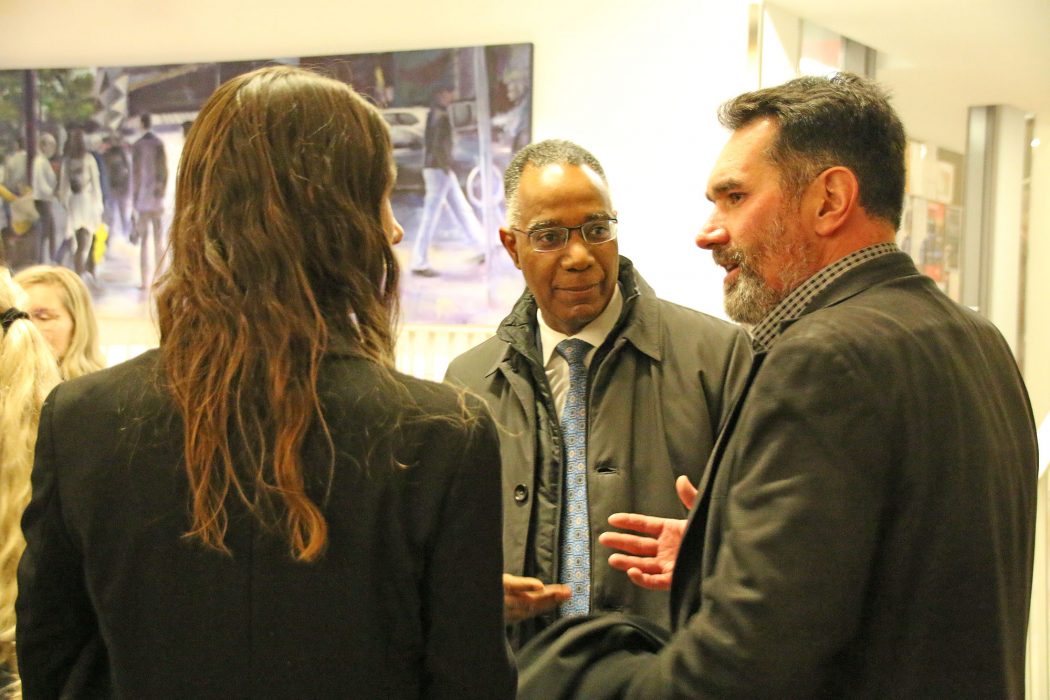 “One of the most critical priorities of our strategic plan is to support the vitality and health of our surrounding communities,” said University President Gervan Fearon. “Niagara Adapts is the perfect opportunity for us to work alongside our neighbours.”

The launch included a free community screening of the film Resilience, followed by a discussion and reception with partnership representatives.

The inspiration for Resilience, said filmmaker John T. Anderson, stems from a course curriculum from one of Blythe’s classes, which allowed him to “understand the full dimensions of climate change.”

Screening his film was especially meaningful to Anderson, who, in addition to having worked as a marine scientist at Memorial University of Newfoundland and the Department of Fisheries and Oceans, is proud to call himself Blythe’s father.

“We kind of pinch each other,” said Anderson of collaborating with his daughter. “We can’t believe it.”

Blythe agreed, noting that they never thought their conversations about climate change would develop into a professional relationship.

“It’s a dream to work with my dad,” she said. “I’ve also been very fortunate to work with the ESRC because of their prioritization of community partnerships, which lead to talking with municipalities and observing the similar challenges of climate change impact.”

The motivation behind the partnership came from the realization that finding climate change solutions could be alleviated by sharing expertise and resources.

“One of the challenging things about climate change is that it cuts across everything,” said Blythe. “It’s related to health, infrastructure, food production… everything we do has some sort of impact from climate change. The silver lining is that we can only tackle it collaboratively.”

“We need to draw upon the knowledge and expertise of everyone around the table,” she said. “This means talking to experts, scientists, social scientists, politicians, business owners and municipalities who are trying to address these issues. We should all think critically about the ways we can reduce our carbon footprint.”

She also applauds Regional councillors, who voted to move to biweekly garbage collection starting in fall 2020 and encouraging residents to use organic and recycling bins when possible.

Blythe hopes that the partnership, as well as the film Resilience, will empower Niagara residents to take action.

“I want the community to feel proud and be aware of the leadership their municipalities are demonstrating,” said Blythe. “Niagara Adapts, as well as the film Resilience, are solution-oriented and meant to demonstrate the areas where people can take action to take on this challenge.”