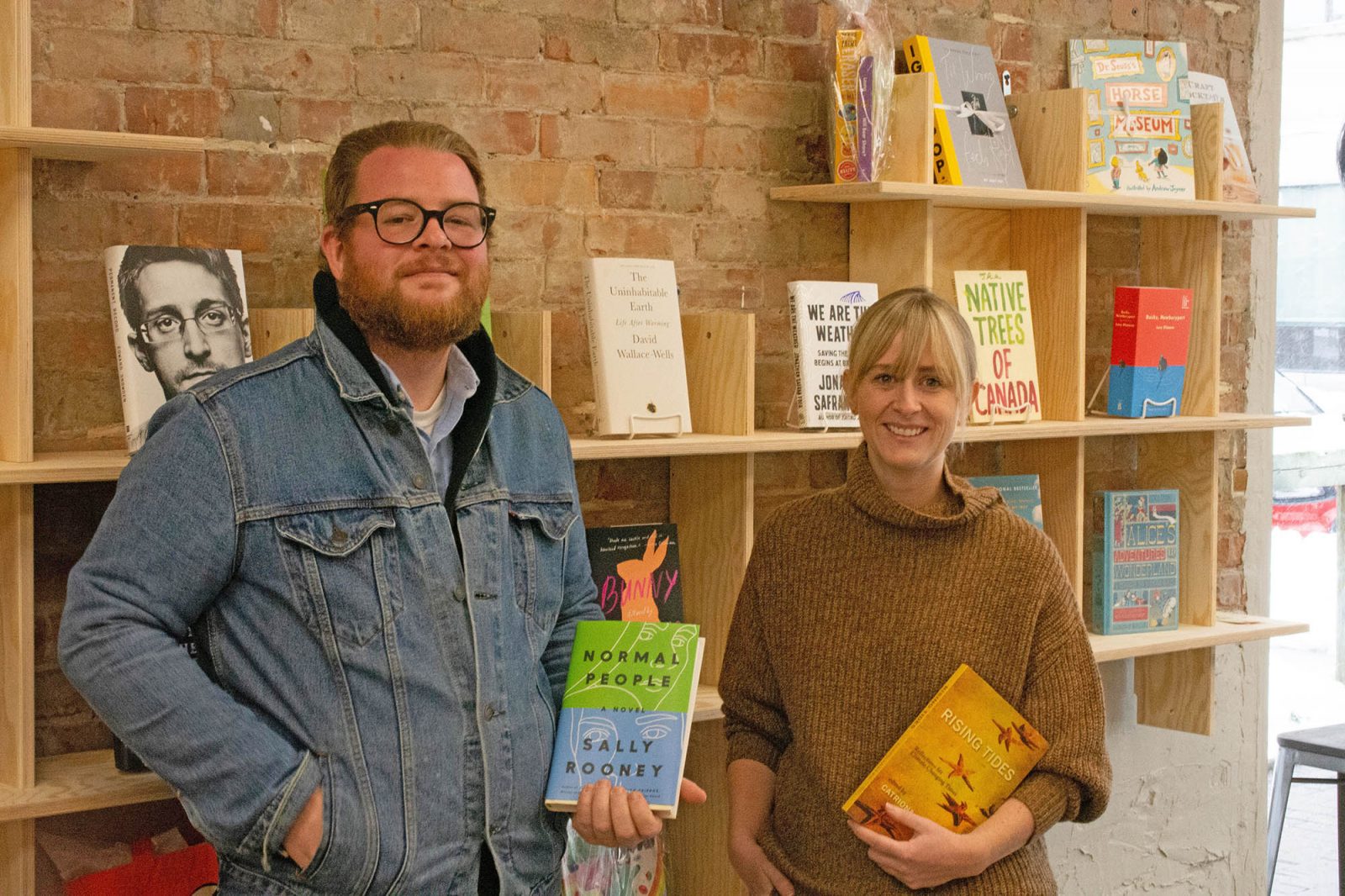 Although they just opened Nov. 9 in downtown St. Catharines, the store has already held its first community event, a discussion around the book Rising Tides: Reflections for Climate Changing Times.

“We wanted to give writers and readers and poets another platform in the city where they can share their art and participate in that community building,” says Thompson, who has estimated that St. Catharines has been without an independent new bookstore for 20 years.

The new booksellers are choosing titles that speak to community interests and offering opportunities for authors and the public to experience the local literary community through readings, book signings and other events.

“There is something really powerful about supporting small independents, where your money is going back into the community, where we can also try to get to know you and talk about the books you like,” says French. “I do think there’s a much stronger community when you support a local independent [retailer].”

French and Thompson are both from St. Catharines originally, although they moved to Kingston after graduating from Brock with degrees in history and popular culture, respectively. French completed her MA and PhD in art history at Queens University and Thompson worked for the Kingston Whig-Standard in advertising.

They watched the growing revitalization of St. Catharine’s downtown on trips back to visit family.

“A huge part of our decision [to return] was seeing Brock expand and having staff and students downtown,” says French, who is a sessional instructor for the Department of Visual Arts this term.

Their experiences at Brock and in academe have had an influence on their approach to choosing inventory, with books they read during their Brock courses finding a home in the store.

“As a researcher, as a reader, this is a wonderful opportunity to bridge the academic and the non academic communities,” says French.

The pair dreamed of owning their own business for a long time, but it wasn’t until they applied to the Win This Space contest hosted by the St. Catharines Downtown Association that they really thought it could be a reality. Their proposal for a new bookstore was selected from 39 entrants to receive a year’s rent-free storefront as well as support with marketing, design, legal, and brand development. Overall, the package is worth an estimated $40,000.

French and Thompson are looking forward to reintroducing themselves to the community.