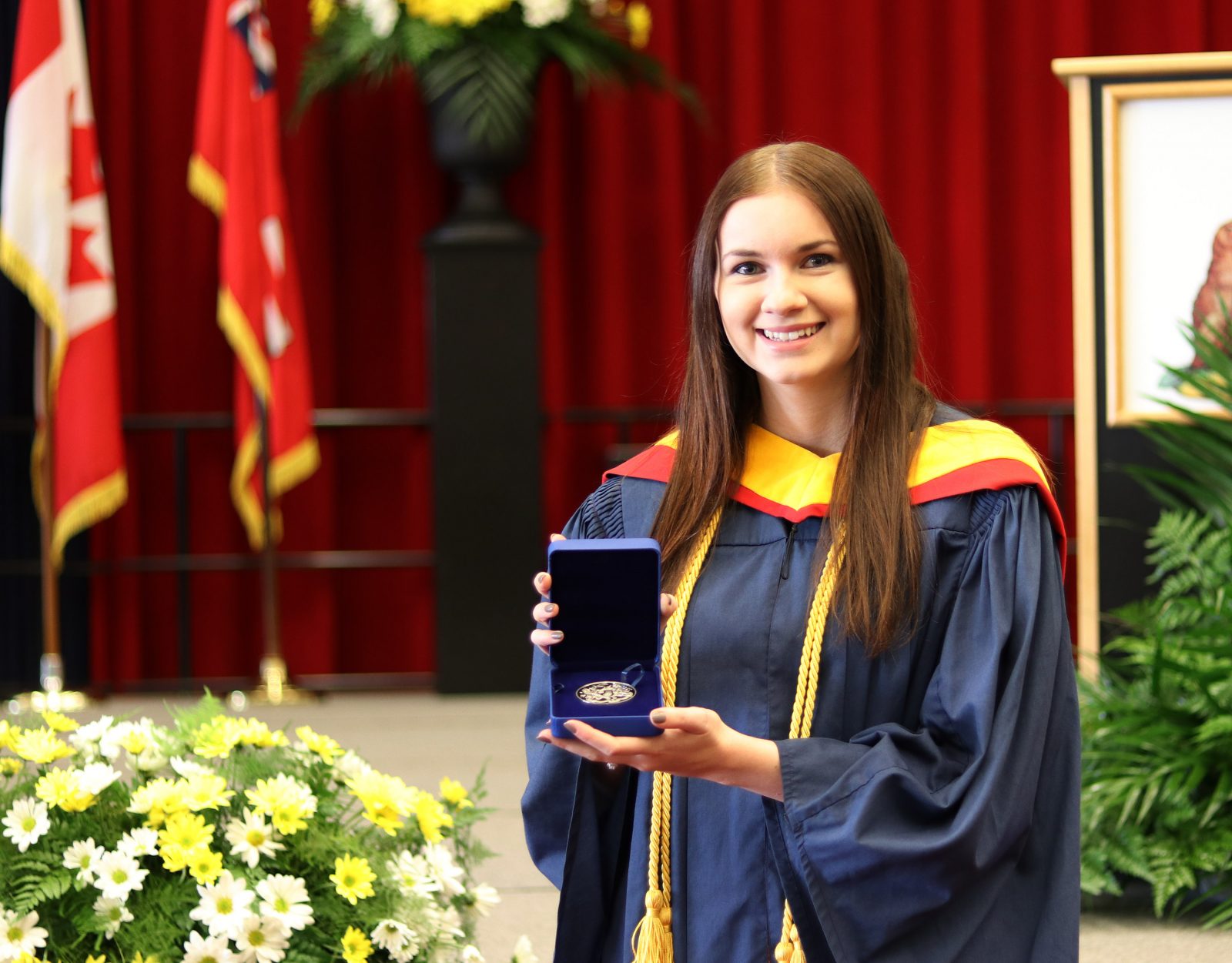 Rachel Marie Van Herk finished her four-year Mathematics Integrated with Computers and Applications degree with a 99 per cent average, earning her a Governor General Silver Medal.

When Rachel Van Herk walked across the Brock University Convocation stage Friday afternoon, it was her second time in 2019.

The first, at Spring Convocation in June, was to collect her honours degree in Mathematics Integrated with Computers and Applications (MICA). The second, during Brock’s Fall Convocation, was to receive a Governor General’s Silver Medal as one of the two graduates with the highest academic averages during their undergraduate studies.

For 22-year-old Van Herk, the award is the result of four years of early mornings, late nights and a dedication to academic achievement.

“I think it’s really a reflection of how much effort I put into my degree, so I’m truly honoured to win this award,” she said. “It’s a great way to end my degree.”

“At the beginning I found it overwhelming and thought I had to put in a lot more effort than everyone else, but in the end, I think I was most improved and finished with 100 per cent,” she said.

But it wasn’t just the extra effort to get the perfect score that makes that course special to her. It’s also the class in which she met her fiancé, Nick Blais. The two are preparing to wed in May 2020. 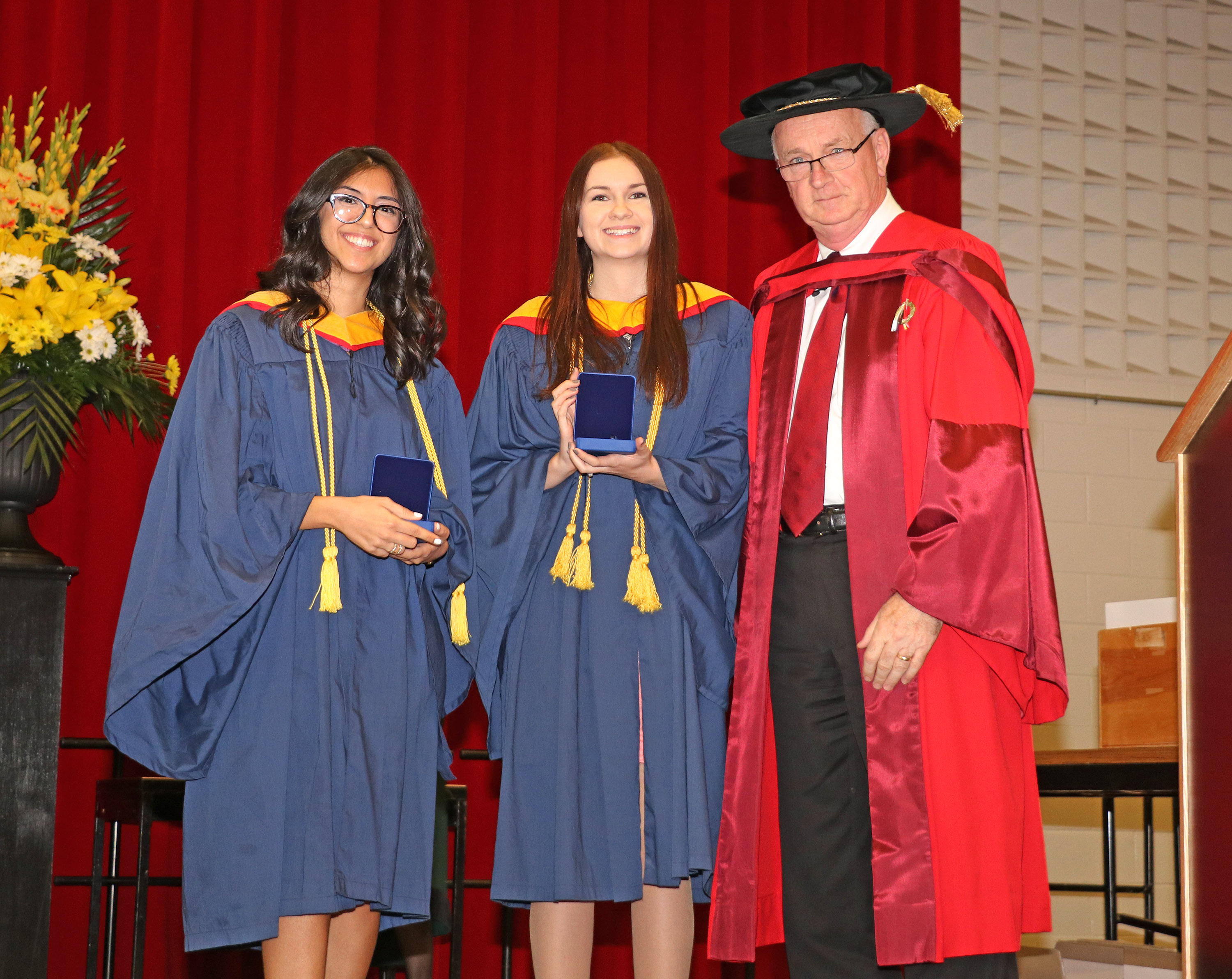 “In the beginning of the semester he was helping me along and then in the end I beat him on the exam,” Van Herk said with a laugh.

Leaving enough time for relationships, friendships and volunteering was a key part of her time at Brock.

“It was definitely difficult, but it was important to me that when I looked back, my degree wasn’t all just studying and exams,” said Van Herk, who volunteered with the Lincoln County Humane Society throughout her degree.

That balance all came down to hard work and not wasting any time.

“I tried to get ahead of things and used my time-management skills so I wasn’t having to finish things at the last minute,” she said. “I tried to stay on top of assignments and gave myself time to talk to the teaching assistants and professors.”

During her studies, Van Herk completed a co-op work term at Meridian Credit Union. After graduating, it led to her landing a full-time job as a credit reporting analyst at the company’s St. Catharines headquarters.