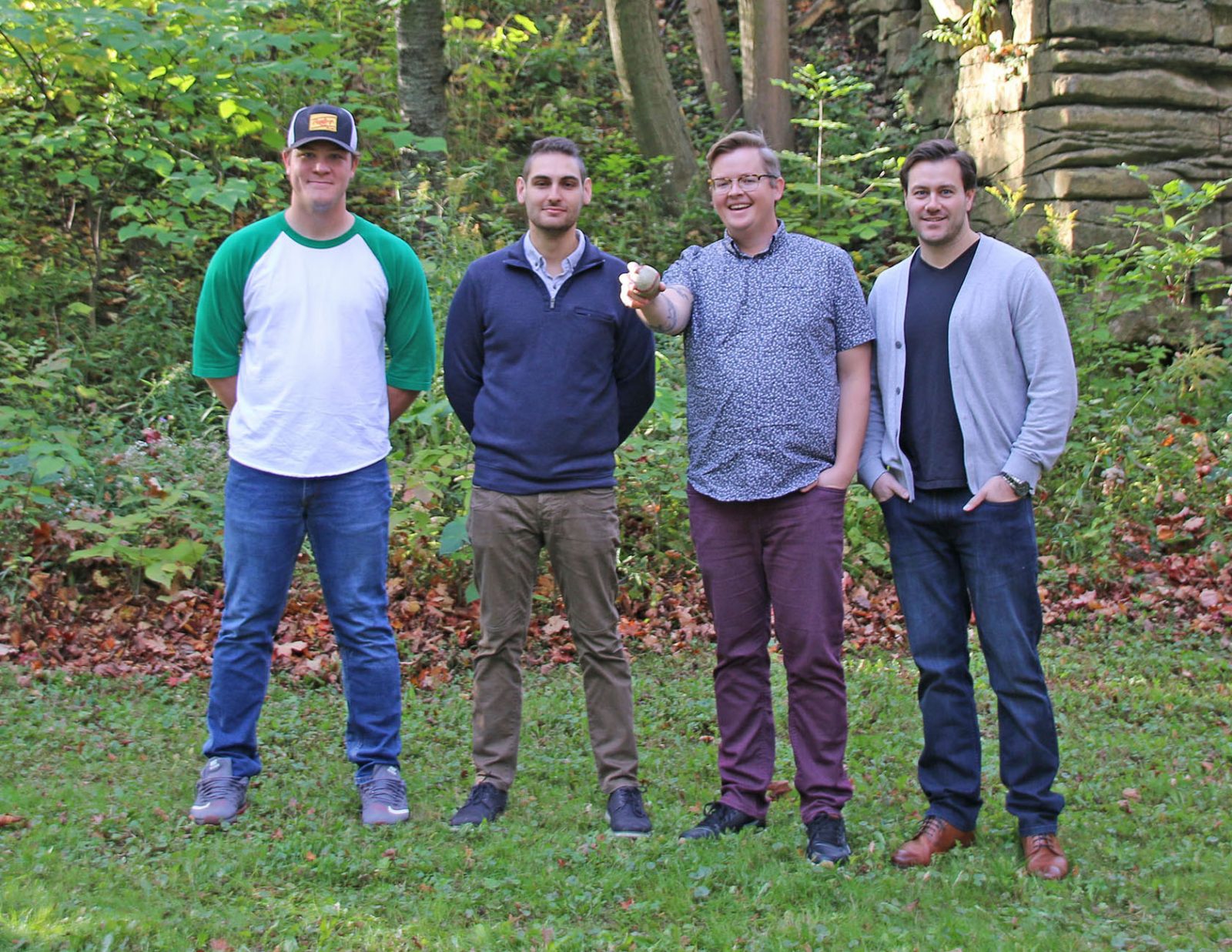 A team of Brock University researchers have published a systematic review outlining the consequences of fatigue in baseball pitchers and developed a tool to evaluate pitching mechanics. From left to right are master’s student Ryan Bench, alumnus Richard Birfer (MSc ’19), Adjunct Professor of Kinesiology Mike Sonne and Associate Professor of Kinesiology Michael Holmes.

With the World Series about to get underway, a team of Brock University researchers have published a systematic review outlining the consequences of fatigue in baseball pitchers and developed a tool to evaluate pitching mechanics.

Richard Birfer (MSc ’19) led the research with his co-supervisors, Associate Professor Michael Holmes and Adjunct Professor Mike Sonne in the Department of Kinesiology. The team published their findings in PeerJ, detailing fatigue in baseball pitchers as a process linked to lowered physical and mental performance, injury and changes in kinematics.

Since the systematic review’s publication in July, it has been viewed nearly 1,500 times and has attracted potential partnerships from several Major League Baseball (MLB) teams and baseball development facilities.

In addition to the systematic review, Birfer’s thesis focused on the development of a pitching mechanics tool.

“We provided coaches and scouts with photos of pitchers at a certain part of the throw that we know causes the most stress at the elbow,” said Holmes, Canada Research Chair in Neuromuscular Mechanics and Ergonomics. “The coaches evaluated a pitcher’s posture and we compare the coach’s ability to determine joint angles to our gold standard motion capture system.”

The result was an easy-to-use, low-cost approach to assessing pitching mechanics.

The team created a mound in the Neuromechanics and Ergonomics Lab at Brock and put reflective markers on a pitcher’s body, allowing them to track the three-dimensional motion of the markers to accurately capture movements, postures and joint angles.

They created a system where the coaches would categorize a pitcher’s posture into a range of joint angles. The end goal is to develop a scoring system to suggest optimal pitching mechanics to maximize performance and minimize injury risk.

“If you do the same physical thing multiple times a day with minimal rest, eventually the tolerance level of our tissues get reduced, putting us at an increased risk for cumulative loading and injury,” said Holmes. “Pitchers throw hundreds of pitches a day and injuries can develop as a result of that. We’ve been applying a lot of what we know about ergonomics to baseball, which hasn’t really been done before.”

Sonne said Birfer’s connections to the baseball industry and general love for the game made him an invaluable addition to the project, which was sparked by an ergonomics-based model for understanding injury he created in 2016.

Birfer, who now works as a pitch design engineer for the Baseball Development Group in Toronto, said their findings allowed them to understand pitcher fatigue in a new light.

“With each pitch thrown, fatigue continues to accumulate,” said Birfer. “Our research has shown that pitchers are willing to sacrifice optimal movement for maintaining performance, ultimately increasing the likelihood of injury.”

With Birfer now graduated and additional research needed, Ryan Bench, a master’s student in Kinesiology and varsity baseball player at Brock, is continuing the work under Holmes and Sonne.

“It has been incredibly rewarding to see the interest surrounding our pitching research at Brock University grow around the game of baseball,” said Birfer. “The attention we’ve been receiving from individuals within MLB organizations and baseball developmental facilities has been awesome.”

The team created a pitching mound in the Neuromechanics and Ergonomics Lab at Brock University and put reflective markers on a pitcher’s body, allowing them to track the three-dimensional motion of the markers to accurately capture movements, postures and joint angles.