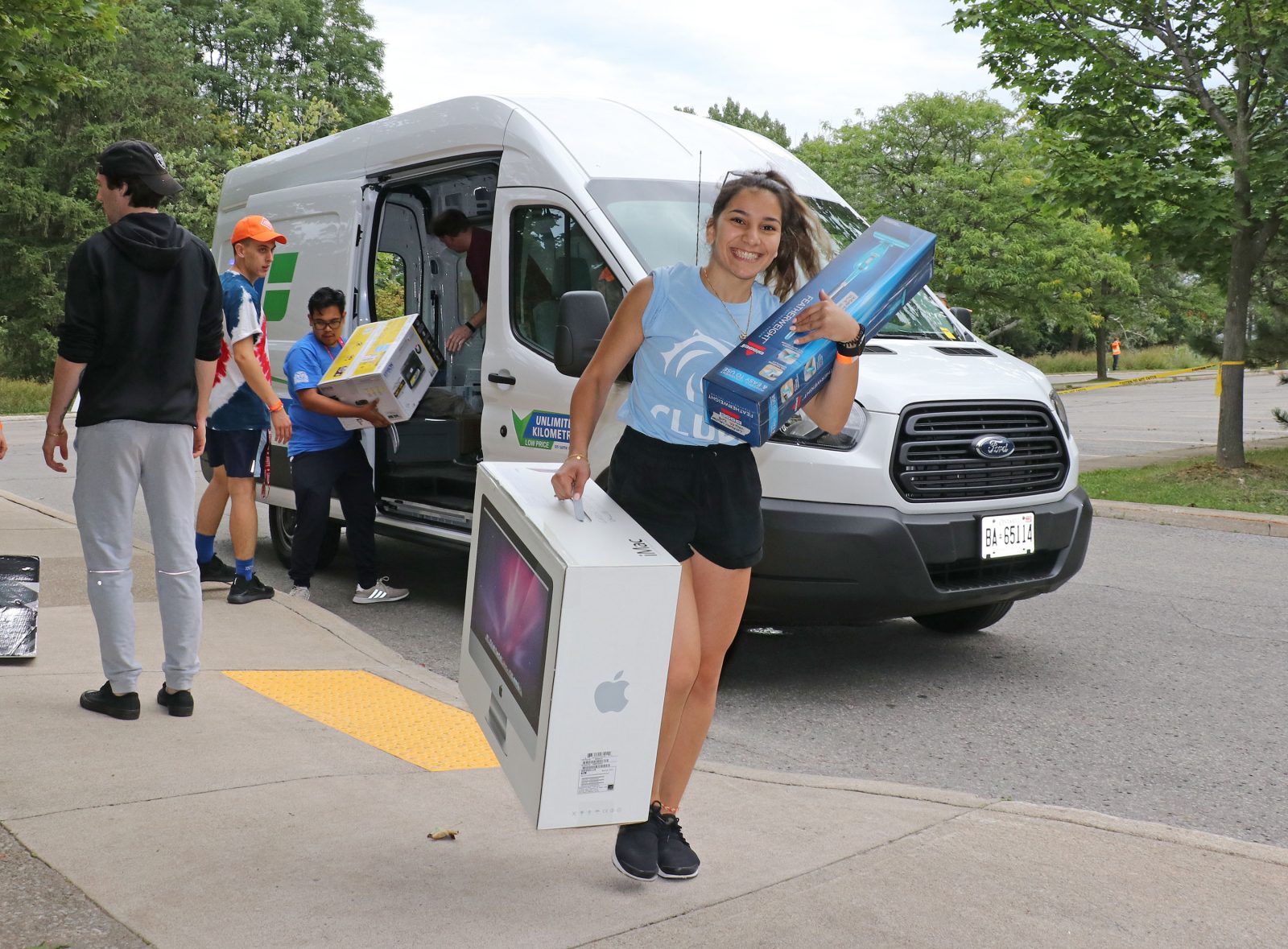 The vehicles they came in were as varied as their hometowns.

Coming from places like Thunder Bay, Winnipeg and Ottawa, thousands of students arrived at Brock University Sunday, Sept. 1 in everything from compact cars to extended cab cargo vans.

They waited their turn and then, like clockwork, a team of student volunteers unloaded the vehicles and moved the cargo into a room in one of Brock’s eight residences. 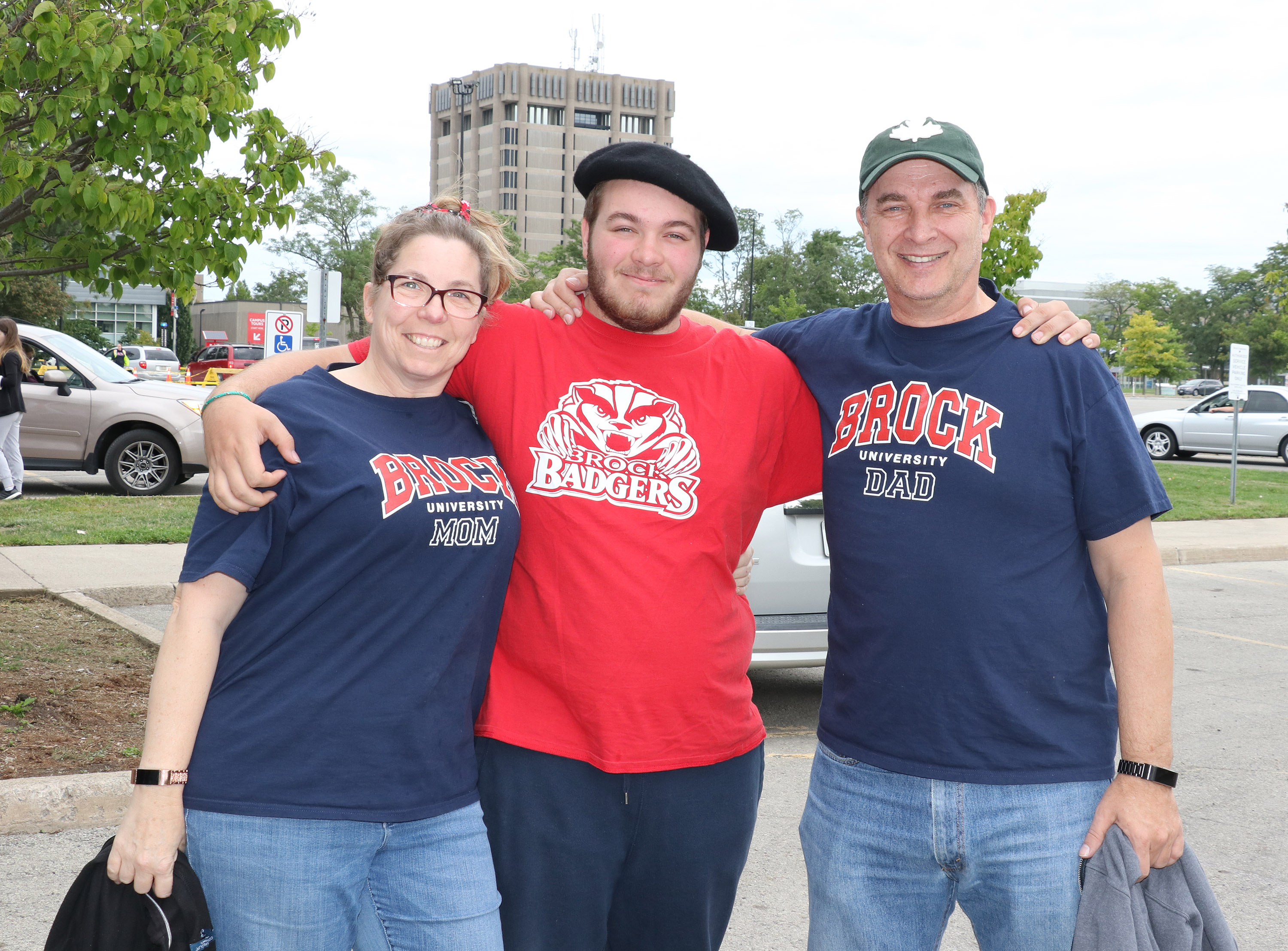 Nancy and Scott Ashworth were dropping their son Ben off at Brock Sunday.

Refined over decades, Brock’s Move-In Day has become a well-oiled machine with hundreds of student volunteers helping thousands of their classmates get settled into their new surroundings.

Among those volunteers was fourth-year Concurrent Education student Sarah Vaz, who is serving as the head resident at Earp this year.

“I remember it was the rowing team that moved me into Lowenberger four years ago,” Vaz said as she labeled boxes with a room number for an arriving student. “I remember getting out of the car, registering and everything was at my door. It was so nice and welcoming, so that’s why I wanted to give back.”

Walking around the campus and answering questions Sunday was Greg Finn, Vice-President Academic, who said many parents just wanted to know all would be well for their sons and daughters.

“We try to reassure them that this is a very welcoming community and they see that from the volunteers who were helping out,” said Finn. “They’re all here to get them settled for the week with classes getting started. That comfortable start makes a big difference for students.” 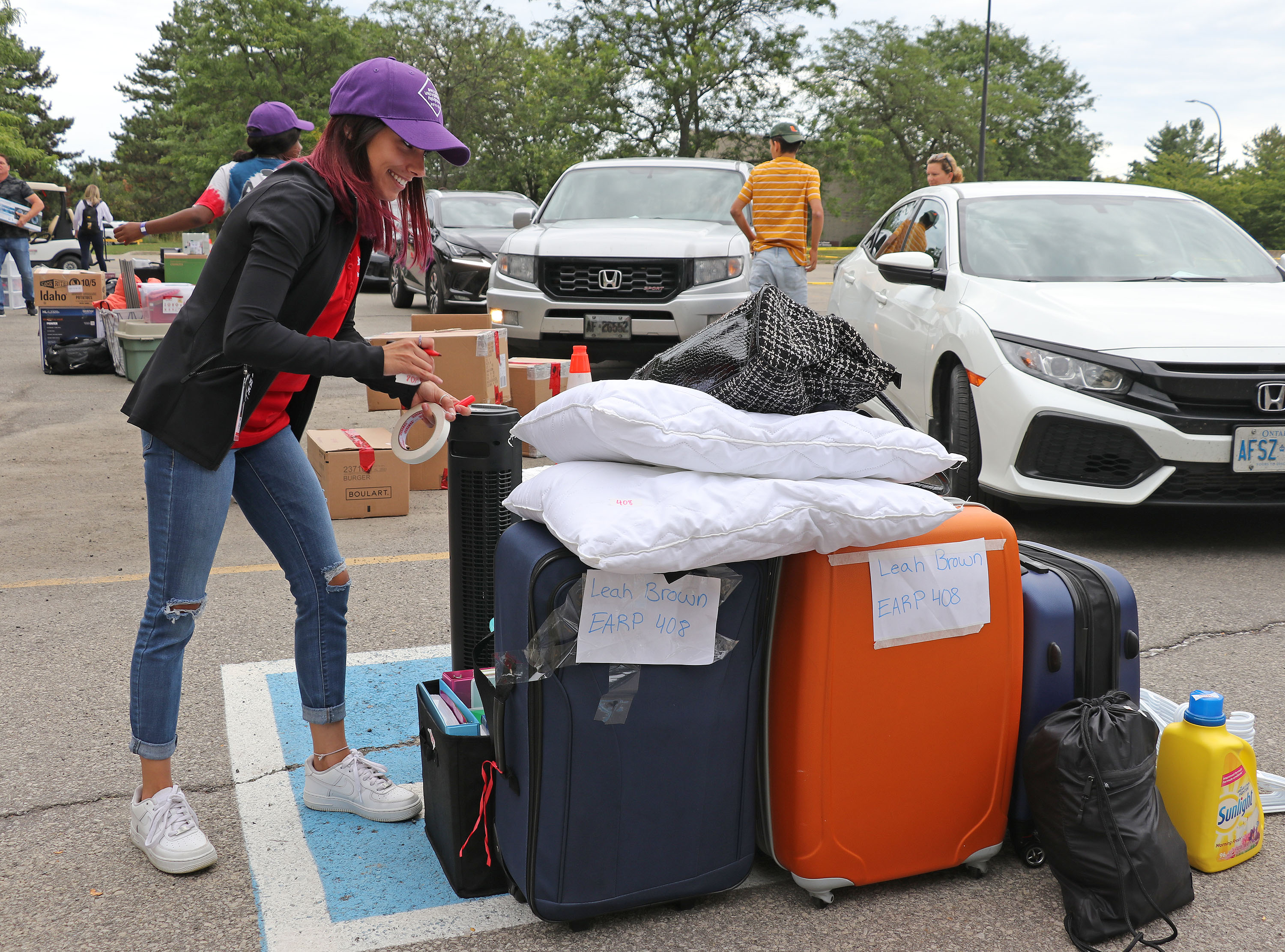 Nancy and Scott Ashworth jokingly gave each other a high-five as they dropped their son Ben off at Lowenberger residence. He’s the second of two kids the Hamilton couple has now sent off to University.

Nancy Ashworth said she was impressed with the Move-In Day process.

“They do a good job with the times to get everyone moved in and the volunteers were great,” she said.

“We’re very happy and delighted with the number of volunteers we got from the students’ union, clubs and groups, Brock Sports teams and all the full-time staff who have to be here and do so very willingly,” he said. “Many of them say this is the best day because this is when the academic year really gets started. It’s exciting and the energy of the students is great.”

Move-In Day was the opening event of a busy Welcome Week at Brock, which includes dozens of events and orientation sessions on campus. The first classes of Fall Term will be held Wednesday, Sept. 4.