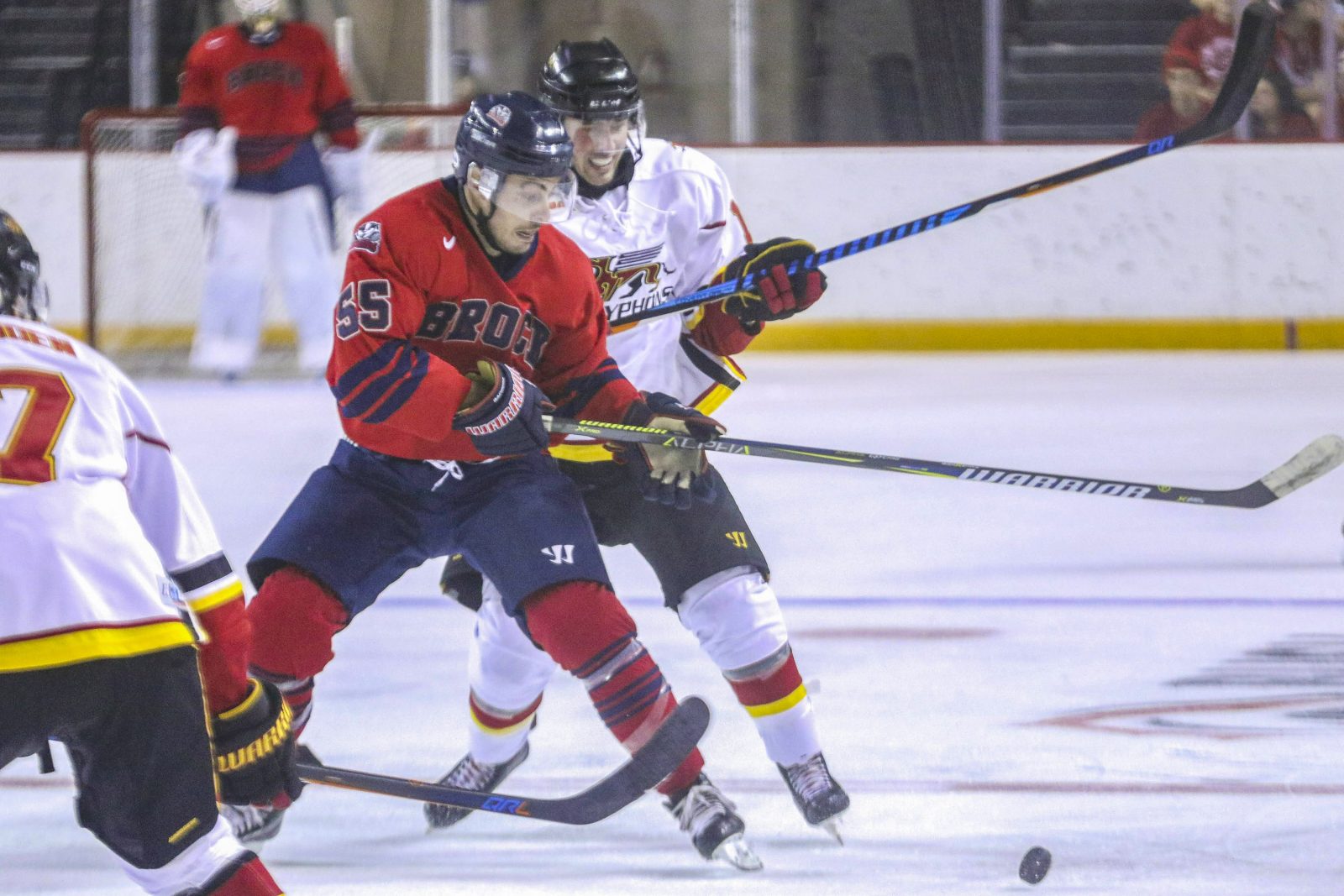 The 21st annual Steel Blade Classic Hockey Game will be held at the Meridian Centre in St. Catharines Friday, Sept. 13 at 7 p.m.

The Brock Badgers and Guelph Gryphons men’s hockey teams will face off in the 21st Steel Blade Classic at the Meridian Centre in downtown St. Catharines Friday, Sept. 13 at 7 p.m.

The Badgers’ roster boasts a robust recruiting class heading into the 2019-20 Ontario University Athletics (OUA) season and is coming off a school-record 19 wins (19-5-4-0).

“We have the talent and if we build the chemistry and work ethic, we believe we have a very good team,” said two-time defending OUA Coach of the Year Marty Williamson. “It’s early and we have a lot of work to do to get back to where we were last year.”

Western ended Brock’s playoff run in the second round last season before being bounced by the Gryphons, who lost to Queen’s in the OUA Championship.

The annual Steel Blade game is a unique opportunity for Brock and Guelph to analyze their players in a competitive situation, surrounded by an electric atmosphere of an expected sold- out Meridian Centre.

“The atmosphere with the students is incredible,” said Williamson, who previously spent more than a decade coaching in the Ontario Hockey League. “It’s loudest I’ve ever heard the Meridian Centre. It feels like a playoff game with that kind of crowd, which is great for the players and also good for the coaches to evaluate their players.”

Guelph head coach Shawn Camp said it’s been a privilege for his team to play in the Steel Blade Classic for many years.

“With such a natural rival, Steel Blade always feels like a playoff game in September,” he said. “The games are always intense and exciting, but there is so much more to it. It’s a celebration of the historical significance of the Steel Blade. There is no better way to start a season.”

Longtime Brock supporter and avid university hockey fan Ed Werner came up with the Steel Blade concept more than 20 years ago to help recognize the historical connections of Brock University and to raise the profile of the men’s hockey team.

The Werner family donated the Steel Blade trophy, which is a sword carried by sergeants of the Upper Canada Artillery Units and Royal Artillery during the War of 1812. It is engraved with the name of the Steel Blade winner each year.

Limited $25 general admission tickets remain and are available at ticketmaster.ca