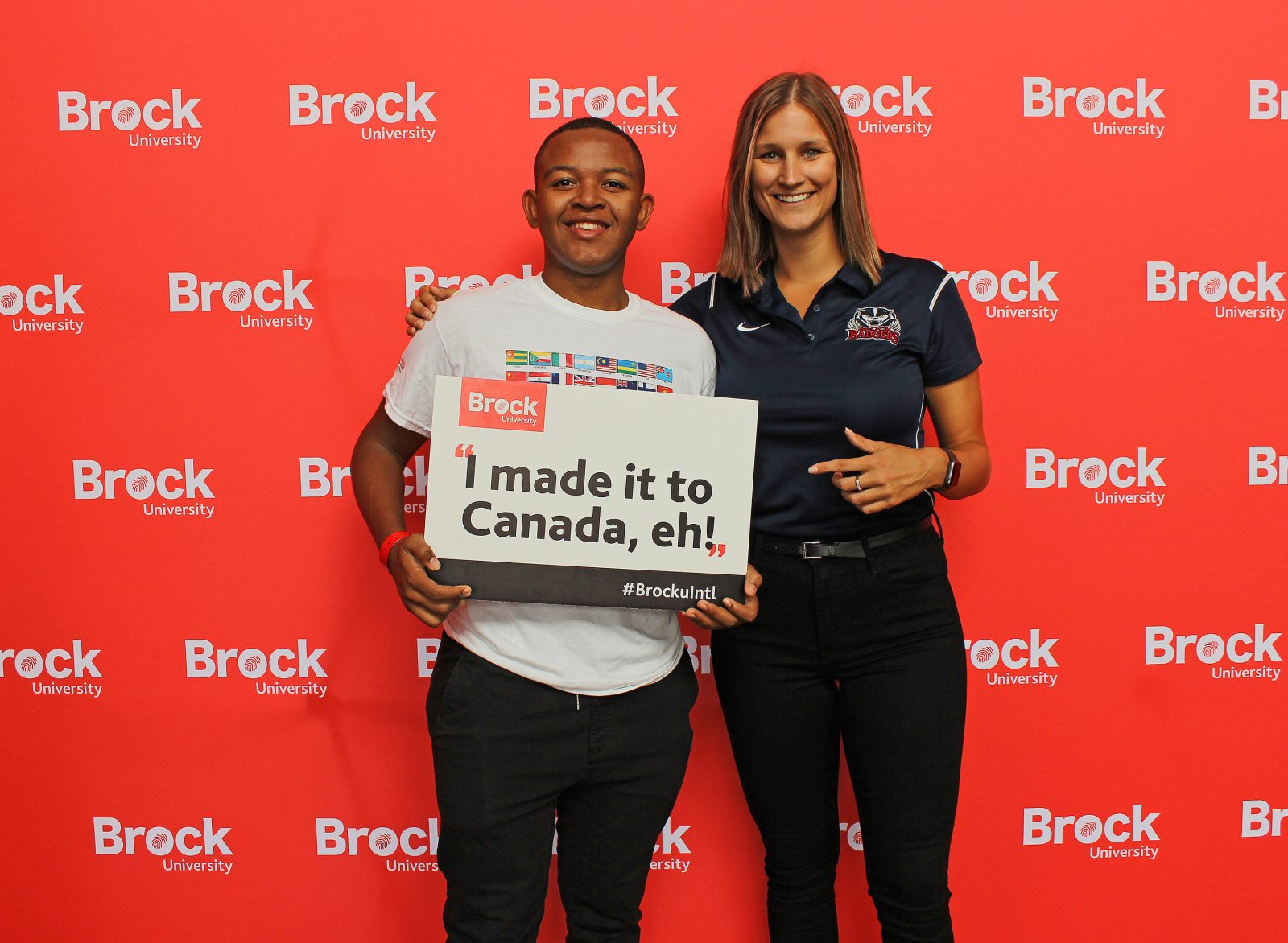 When Jabulani Chipembere arrived on the main campus Sunday, Sept. 1, he felt confident in his decision to choose Brock University.

It had been nearly two years since the first-year Sport Management student took an interest in the University. He first learned about the Canadian institution in Grade 11 when Brock International Recruitment Officer Karen Dancy visited his high school in Costa Rica. That led to a visit to the Brock campus the following summer, and then Chipembere spoke with Dancy the following year during a return visit by Brock at a local college fair.

“Being able to see a student’s interest in Brock grow throughout their final years of high school is one of the best parts of the job,” said Dancy. “One of my favourite memories of Jabulani’s journey was touring him around campus the summer before his senior year and knowing that he was picturing himself as a student at Brock. You could see his excitement for Brock and his future experience.”

Chipembere said he was amazed the first time he came to Brock.

“I remember feeling so welcomed and at home,” he said. “Karen spent the entire afternoon showing me around the University and thoroughly convinced me and my family why Brock was the right place for me.”

Parents are also an essential part of the decision process, and Dancy had several interactions with Chipembere’s mother to ensure he was making the right decision.

The relationship is not uncommon for international recruitment officers at Brock.

Steele said her recruitment team has to actively work in partnership with Brock’s admissions department to process student applications and send out offer letters as quickly as possible.

“Efficiency of admissions is a key factor in keeping the conversation going with prospective international students,” she said. “It’s a competitive landscape, so a combined effort between recruitment and admissions is essential in the conversion process.”

Brock’s strategy is paying off, as the University welcomed nearly 900 new international undergraduate and graduate students from 105 countries to campus this week. Brock’s international student population continues to grow, now making up 13.7 per cent of the University’s enrolment, up from 11.7 per cent in the previous year.

He was greeted alongside nine other new ambassadors by Brock University President Gervan Fearon, who recognized the students who exemplify the mission and vision of Brock, along with maintaining high academic achievements or community engagement.

As an Ambassador, Chipembere will spend the 2019-20 academic year working with Brock International to encourage more students from his homeland of Costa Rica and surrounding regions to experience Niagara and come to Brock.