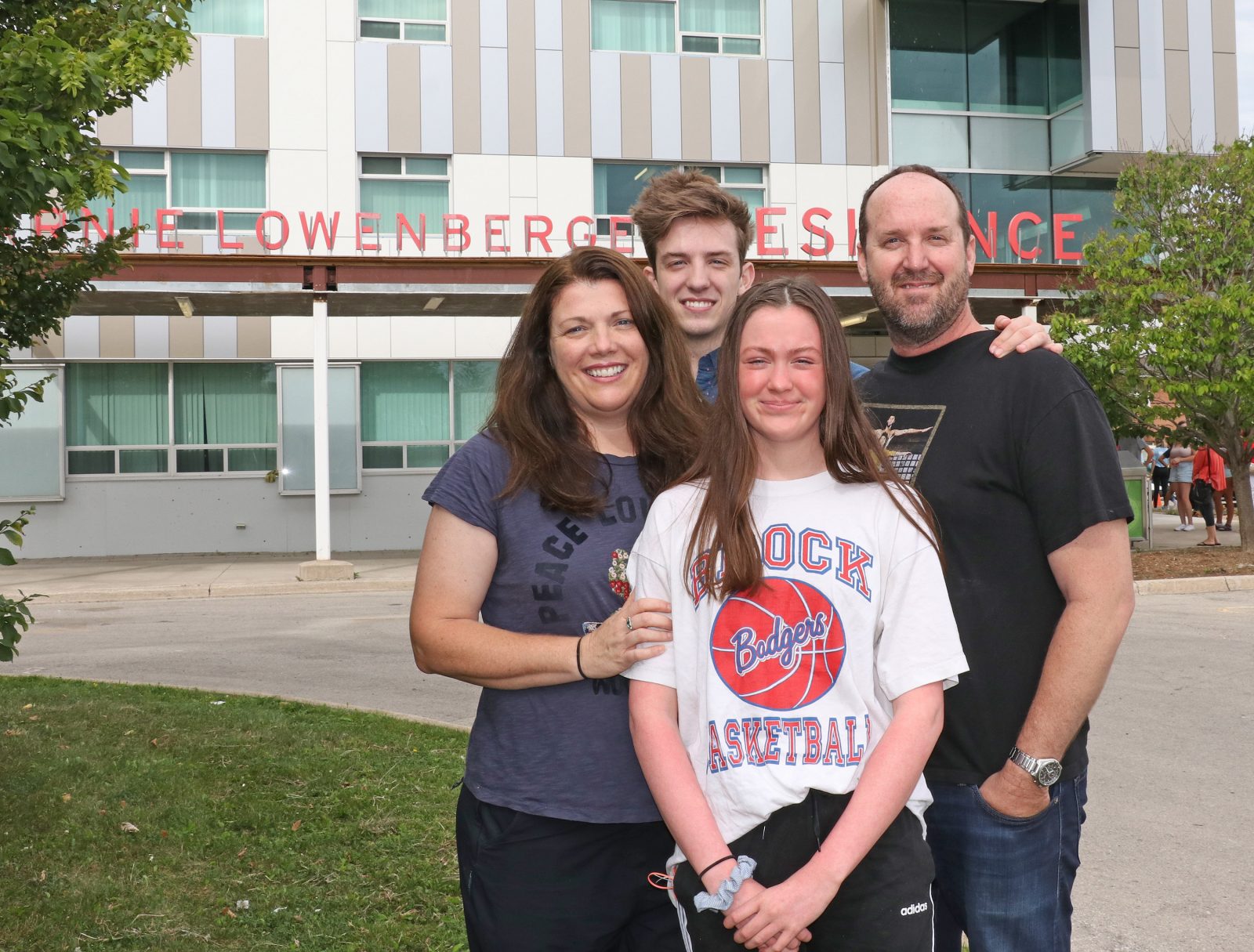 Brock alumni Sarah and Craig Hodgkinson were moving their son Matt into Lowenberger Residence Sunday, Sept. 1 with the help of their daughter Ema.

Matt Hodgkinson didn’t necessarily want to follow his parents’ university path. But in the end, it was a campus tour that won him over.

On Sunday, Sept. 1, Hodgkinson was one of nearly 2,400 mostly first-year students who moved into one of Brock University’s eight residences.

For his parents, Sarah and Craig Hodgkinson, it was a homecoming, of sorts.

The two first met in a study hall inside Decew Residence in the early 1990s while they were both Brock Education students. Sarah Groom, as she was known before being married, was a residence don in Decew. Sarah and Craig eventually graduated, married and had Matt and Ema, who was also there helping out her older brother Sunday while wearing one of her mother’s retro Brock Badgers T-shirts.

Sarah Hodgkinson said she’s impressed with how the school has changed.

“It’s really nice to see how it has developed over the years and what it has to offer him now,” she said. “I’m jealous of the Marilyn I. Walker school because for me it was always drama and education.”

Matt, who moved into Lowenberger Residence, said he was happy to be at Brock.

“I never thought I would be going to the same university as my parents,” said Matt, who originally had Brock third on his application list. “I applied for it because I knew it had a good kinesiology program, but when I went for the tour, I just fell in love with the place.

“I wanted to go somewhere different from my parents, but Brock really is completely different,” he said.

Director of Residence Jamie Fleming, who was overseeing his 38th Move-In Day, was Sarah’s boss when she worked as a don in Decew and said it’s a special moment to see the next generation arrive at Brock.

“It’s very rewarding to see former students and former student staff members return to campus with their children and be excited to be back on campus and that their kids chose Brock,” he said.

Fleming said it’s not unusual for residence dons to feel a special connection to the University long after they leave.

“For people who have been dons, the extensive training they go through and the experience in that student leadership position can be challenging, but it’s incredibly rewarding so it sticks with them,” he said.