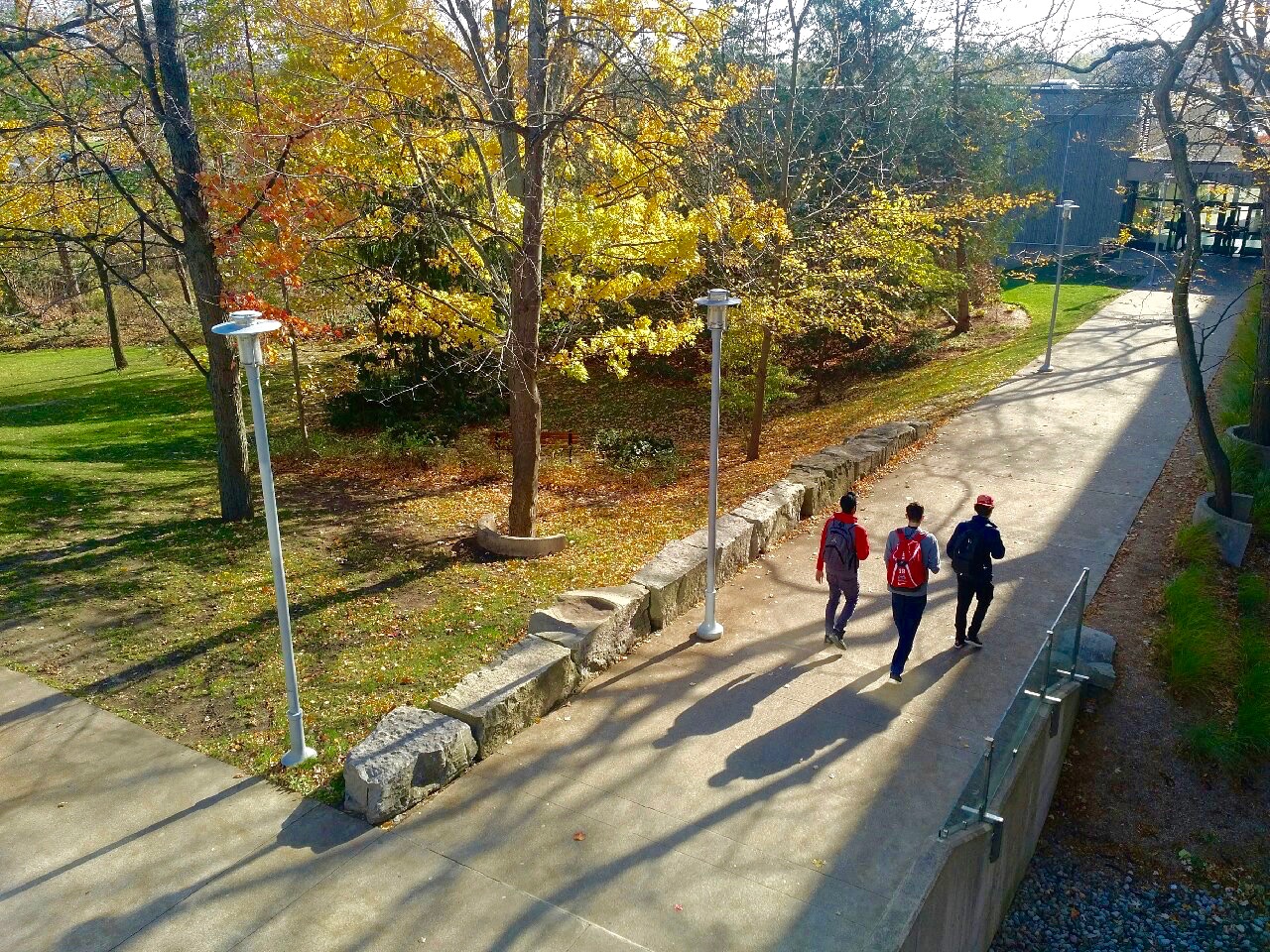 This way, please: The walkway between David S. Howes Theatre and the Fishbowl/Thistle Complex doors will be a main pedestrian detour in the coming year.

Pedestrian access between South Block and the Computer Commons (Fishbowl) has now been diverted, as work begins on the year-long project to triple the size of The Zone fitness centre.

The short, glass-walled corridor between General Brock Store and the Fishbowl is closed for the duration of the project. That space will become an access road enabling equipment and materials to reach the construction site within the confines of Walker Courtyard.

That means pedestrians are unable to go directly between the Fishbowl hallway, and the southwest campus area that houses South Block lecture halls, the Hungry Badger and the Ian Beddis Gymnasium.

For the next year, people will be diverted via the outdoor sidewalk (see photo above) between the Fishbowl/Thistle Tim Hortons doors, and the David S. Howes Theatre.

From there they can make their way to/from South Block by either going through Welch Hall or taking the sidewalk along University Road West.

In the coming 12 months, pedestrian access routes all around the west end of campus will be changing numerous times during different stages of the project.

Updates will be communicated regularly to the Brock community.

For information on how construction will affect access to facilities within the Walker Sports Complex, visit brocku.ca/recreation/zone-expansion