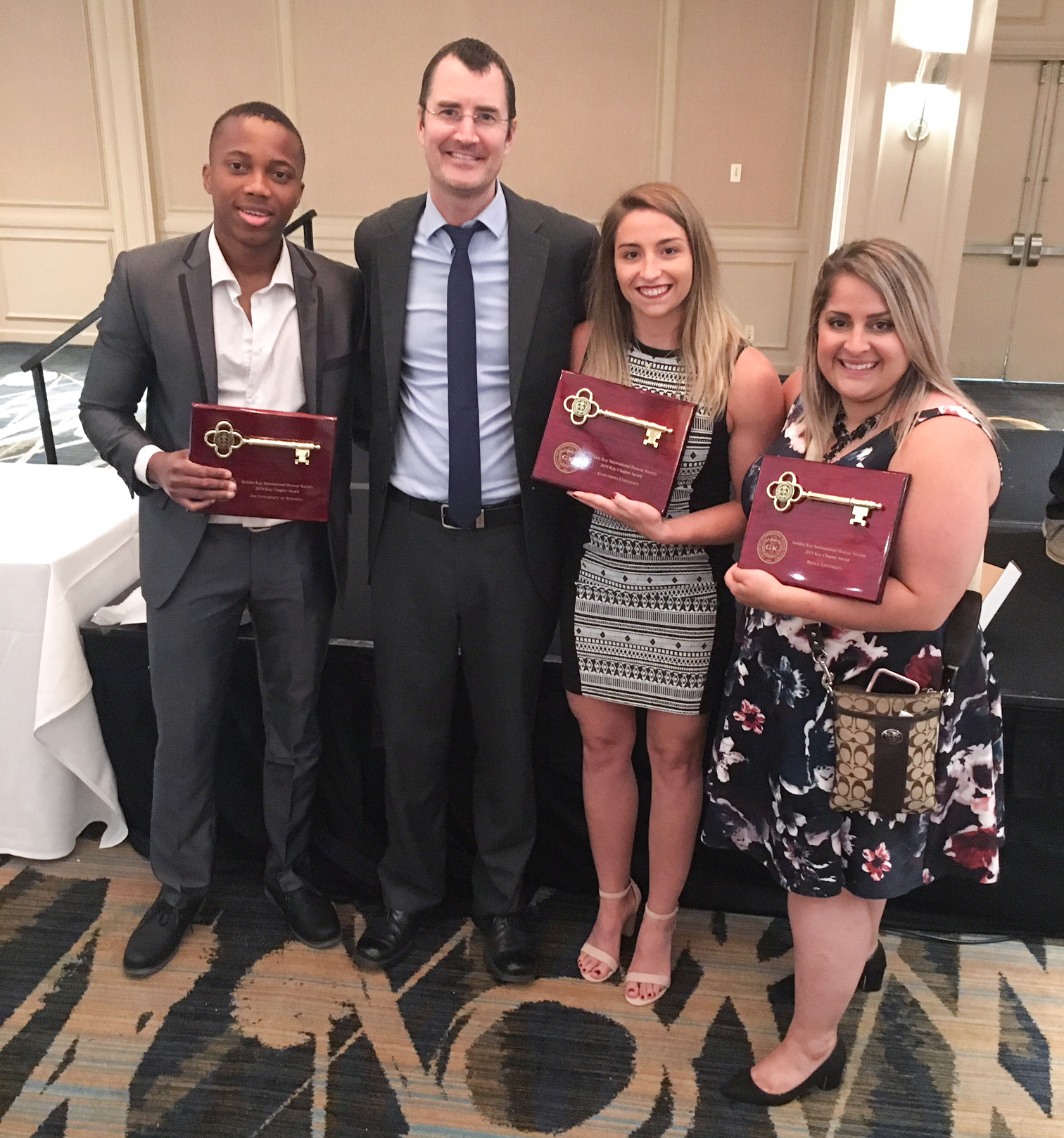 For the third consecutive year, a group of Brock students have received a prestigious award from the world’s largest international honour society.

From a pool of more than 350 schools, the Brock chapter of Golden Key International was one of just 27 winners of the Key Chapter Award — the highest honour a chapter can receive — at the Golden Key Leadership Summit in Houston, Texas, from July 26 to 28.

Founded in 1977, Golden Key welcomes the top 15 per cent of students from the faculties of its member institutions and encourages students to focus on academic leadership and service to help them achieve their personal, professional and altruistic goals. 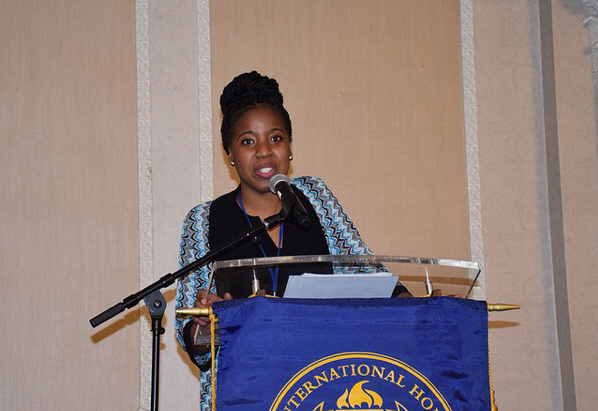 “It shows that Brock has a global reach, that leadership is strong amongst our students and that we are outperforming some of the top universities from across the world,” said MacDonald, past president of Brock’s chapter, current Chair of the International Council of Student Leaders, and a member of the International Leadership Council and Board of Directors for Golden Key International.

Daislyn Vidal (BSc ’19), Brock’s Chapter President for 2018-19, said the award was not unexpected after Brock students continued to organize outreach events, including the Trick or Eat food drive and Textbooks for Change book donation initiative. The chapter also planned CANCON, Golden Key’s Canadian leadership summit, which took place from Feb. 22 to 24 in Niagara Falls and welcomed more than 100 participants from across the country.

“I was so excited to hear the news of the award, and I felt so proud for all of our executive members,” Vidal said. “I was very relieved, especially after planning CANCON. I could not imagine that we would receive anything less, and it’s an honour to reach that level for the third year in a row.”

Vidal said the lofty achievements of the relatively young Brock chapter — founded in 2013 — contribute to a culture of excellence.

“I feel like the award is not only about our reputation. It provides a drive for the chapter,” she said. “It shows our students that they have the potential to reach new heights while contributing to positive activities and finding more creative and positive initiatives to improve the lives of students while making a global impact.”

Having established Brock’s chapter as a leader within Golden Key, MacDonald hopes students from across the University will continue to engage with the group’s initiatives and events.

“A lot of our members are accepted after their second year, and events are open to the entire Brock community,” she said.

Though Vidal and MacDonald are no longer at the helm of Brock’s chapter, as incoming president Cameron Andress is set to take over the reins, MacDonald said it’s easy to promote the University and its Golden Key students thanks to the many successes Brock has already achieved.

“When we are at conferences, especially the ones we have hosted, we are telling everyone to come to Brock,” she said. “Our continued success always makes people want to learn more.”

Further information about Brock’s Golden Key chapter can be found on the Student Life and Community Experience website.