Long-time teaching partners step away from the lecture hall 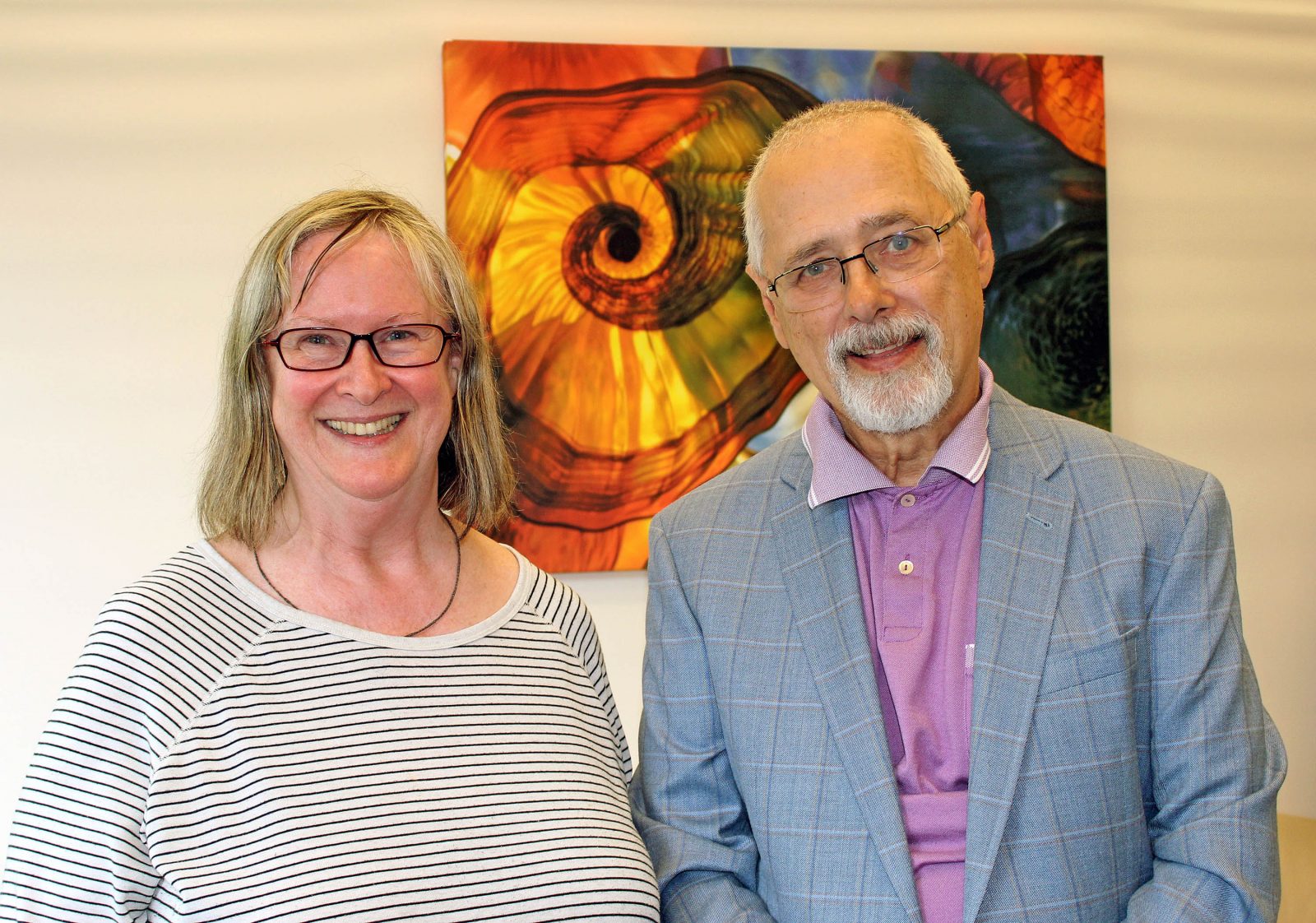 More than 40,000 students have taken Brock University’s Introduction to Psychology course with co-instructors Professors Kathy Belicki and John Mitterer. The two stepped away from the lecture hall in 2018-19 after more than 30 years.

For more than three decades, the cornerstone of PSYC 1F90 — Introduction to Psychology has been the dedicated partnership of two instructors: Professors Kathy Belicki (BA ’76) and John Mitterer, who recently taught the class for the final time.

Introduction to Psychology has been a constant in Belicki’s academic life since her days as a Brock undergrad. When she graduated and then started teaching at York University, her first position was in a large intro class. She said at that time many institutions assigned heavy classes to their newest faculty members.

Brock, however, was different. Coming back to teach at the University in 1986, she found that multiple instructors wanted the Introduction to Psychology course.

“It was basically like ‘line up and wait’,” she says. Three years later, she got her turn, joining Mitterer,who would become her long-time teaching partner.

“John and I never took full-year sabbaticals because we were afraid that, if we stepped out, we would not get back in,” she says.

Within a few years, Belicki realized that teaching skills alone were not enough and signed up for courses on team management. Typical classes of up to 1,400 students are supported by a team that includes seminar leaders and senior tutors, as well as the two instructors.

Belicki sees teaching Intro to Psychology — with “the sheer volume, variety and speed with which things happen,” — as the academic equivalent to emergency medicine. “It’s not for everyone,” she admits.

He says successfully teaching a large class comes down to building a “pedagogical alliance.” He likens it to a therapeutic alliance, the relationship between a psychologist and a client.

“Learning how to maintain the pedagogical alliance with a large class is more challenging, but it’s definitely doable and was definitely my goal,” he says.

Contrary to popular opinion, he has not seen a decline in the quality of students since he started.

“They might require more trust-building, more work to build that alliance, but I have no evidence that today’s students won’t work just as hard.”

Over the years, Belicki says she relied on feedback from seminar leaders to help her keep up with her students and stay current.

“To bring them to where we are, you have to start by meeting them where they are,” she says.

She describes the lecture hall as the world’s largest living room. “I’m sitting with all these people and I get to talk about things I find very exciting.”

Mitterer and Belicki agree that the advent of email caused one of their biggest challenges.

Even before email, Mitterer says, persistent students would use the telephone to contact him at home.

“I once got hauled out of the bath,” he says. “That was the last time my phone number got published in the course notes.

“Maybe the way of contacting you has changed, but I don’t think the desire of students for that contact, for that alliance, has changed.”

Both professors see participating in a student’s first experience of university as a tremendous responsibility and an honour. Whether your students move into their second year with an attitude of trust or not, depends on that first experience, says Mitterer.

“It’s kind of our role to get them up and running,” she says.

Chair of the Department of Psychology, Kimberly Cote, said the department gains many students every year when they decide to change their major to Psychology after taking PSYC 1F90.

“This is a testament to the impact these two instructors have on students and the excitement that they generate about Psychology,” she says.

Mitterer claims the record for teaching more students than any other faculty member in the history of Brock — believed to be somewhere more than 40,000.

“I couldn’t have done what I did in the course, which includes getting two national teaching awards, without Kathy’s support,” Mitterer says. “She anchored the course. As a clinician, she has great insight into our students. And I’m just proud to have had the chance to share that experience with her.”

Ingrid Makus, Dean of Social Sciences, said “in a Faculty of excellent teachers, Professors Mitterer and Belicki stand out.

“Their collaborative style and sheer joy in connecting with students made them an extraordinary team. We are grateful to them for the many years they have dedicated to students and we will miss them in the classroom.”

Belicki and Mitterer are now enjoying a research year before their official retirement from Brock at the end of 2019-20.

Hoping to reach a more general public, Belicki is moving into speaking and writing about her interests, including trauma, nightmares, dreams, bereavement and forgiveness.

Since her final class in April, she has been enjoying the first tastes of her new life.

Mitterer continues to write text books for first-year psychology students. He is also working on a book for a general audience that identifies “the important things that I’ve learned as a psychologist, not for getting a course credit or for being an academic, but just for being alive.”

He looks forward to spending time with is new grandchild and indulging his love of birding, but says he will miss teaching.

“I’ll miss my students most of all,” he says. “There’s nothing quite like dealing with 18-year-olds who are really, in a lot of ways, growing up for the first time, and are open to possibility in a way that they might not have been before, and they might not be after.”

For Belicki, the reality of not teaching is only just sinking in.

“I am ready to move on, but teaching was always the most favourite thing I did. I’ve found former PSYC 1F90 students in every corner of this country,” she says. “It has made the world full of friends.”