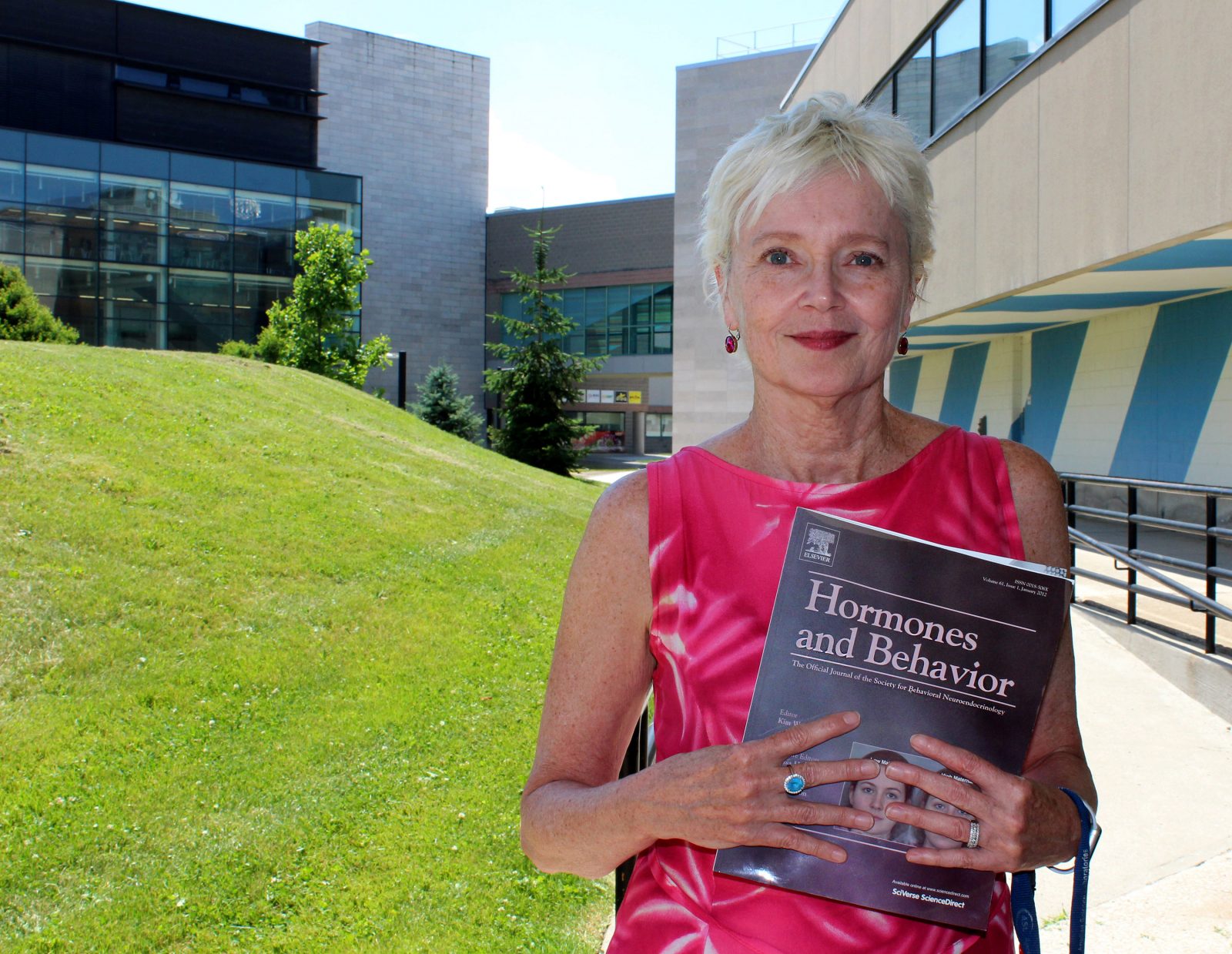 Cheryl McCormick, Associate Dean of Mathematics and Science, started her term as editor-in-chief of Hormones and Behavior on July 1.

Cheryl McCormick, Associate Dean of Mathematics and Science, has been named editor-in-chief of Hormones and Behavior, becoming the first Canadian to hold the position.

Hormones and Behavior is the official journal of the Society of Behavioral Neuroendocrinology, which has a membership of more than 500 academics and student researchers from across the globe.

Neuroendocrinology — the relationship between the nervous system and the endocrine system — looks at how an organism’s hormonal activity is regulated by the brain and vice versa. Most research in this discipline is done on humans, rats and mice but “certain species have specialties that can help us better understand others,” McCormick, a professor of Psychology, said.

As editor-in-chief, she intends to maintain the journal’s current comparative approach that “can help to answer the bigger questions in terms of evolutionary perspective.”

“There are insights that can be gained by a comparative approach,” she says. “Seeing how one species gets things done, so to speak, is informative about what could be going on in other species.”

When learning about the neuroendocrine function in various other species, “you can find better models for understanding people,” she says.

It is important to McCormick that the peer-reviewed journal reflect the membership of the Society for Behavioral Neuroendocrinology.

“As we incorporate new techniques and the interests of the society change, the journal has to change alongside that,” she says.

In her term as editor-in-chief, she hopes to maintain the high quality of the journal and even increase its impact factor. Hormones and Behavior is currently ranked third among 70 behavioural neuroscience journals.

Her goal is to make Hormones and Behavior the journal of choice for publishing solid foundational research in behavioural neuroendocrinology.

McCormick and her student co-authors have published in the journal and also have an article currently under review.

Typically, about 450 articles are submitted for review to the journal each year, of which about 150 are published.

McCormick will share the workload with five associate editors, one of whom is a former Brock Behavioural Neuroscience student. Justin Carré (MA ’07, PhD ’10) is now an assistant dean of graduate studies and an associate professor of Psychology at Nipissing University.

Co-authoring papers is an important component of the mentorship McCormick provides her students.

“Our lab works very collaboratively,” she says. “My students tend to leave with pretty good CVs.”

Despite her new editor role, McCormick has no plans to slow down her own research to lessen her workload.

“When you’re doing what you love, it’s not work,” she says.