Brock prof explores how musicians use humour to reach fans 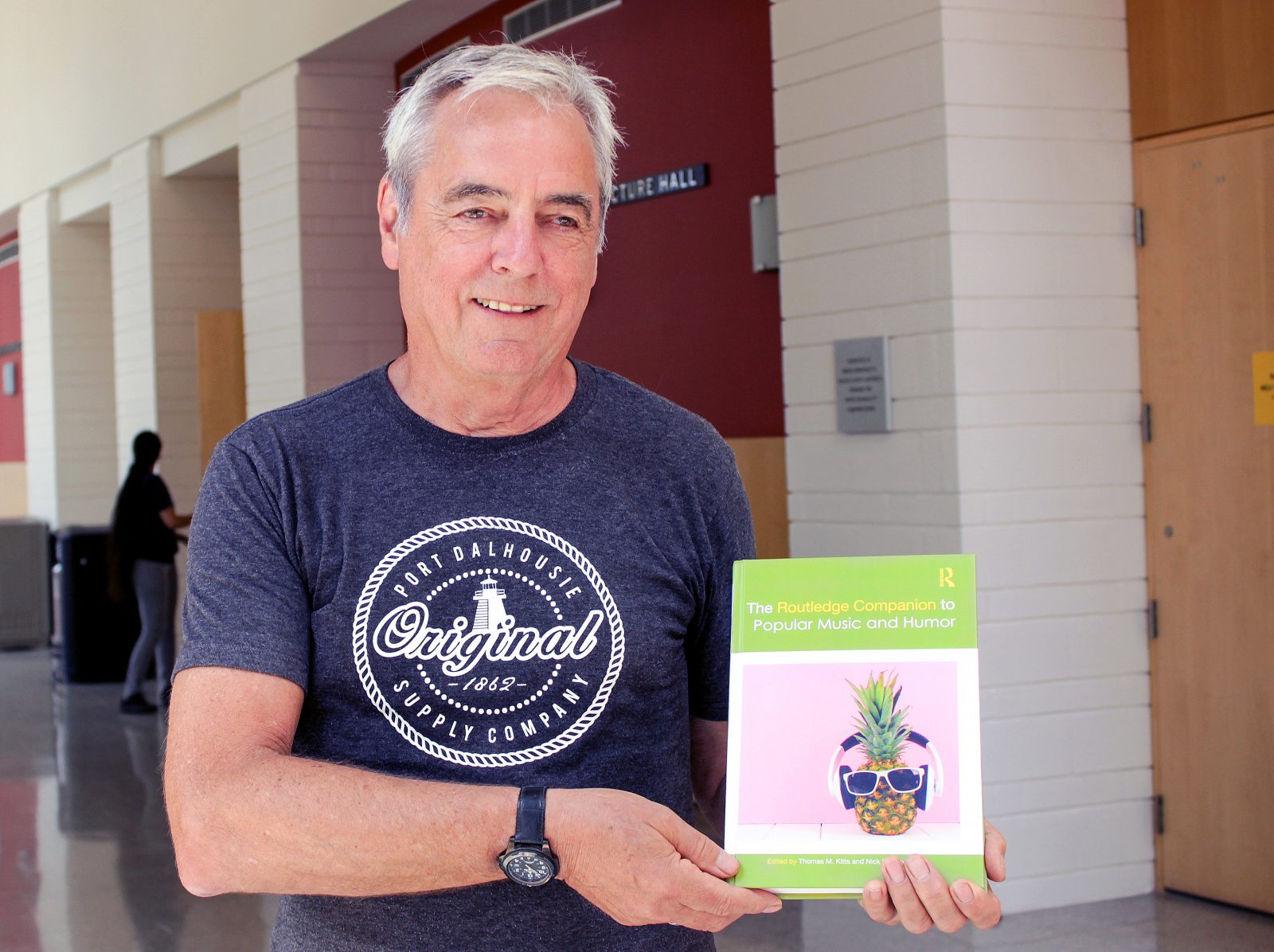 From the musical stylings of “Weird Al” Yankovic to sarcasm found in John Lennon’s protest songs, humour — both intentional and otherwise — runs deep in popular music.

In his latest project, Associate Professor Nick Baxter-Moore of Brock’s Department of Communication, Popular Culture and Film (CPCF) looks at the close and recurring relationship between humour and popular music over the past century.

The recently published Routledge Companion to Popular Music and Humor, co-edited by Baxter-Moore and Thomas M. Kitts of St. John’s University, explores the essential part of human expression and its connection to song.

“The book is about musicians who use humour to reach audiences, rather than comedians who use music,” Baxter-Moore says. “We weren’t writing about Monty Python’s Lumberjack Song, for example. Our principal interest is how popular musicians use humour for various reasons and in various ways.”

The 44-chapter book touches on topics such as parody and satire; humour in rock and global music; gender, sexuality and politics; and music mockumentaries.

While Popular Music and Humor features contributors and perspectives from around the globe, the book represents a significant Canadian presence, including entries from several current and former Brock faculty members.

Baxter-Moore’s own chapter looks at protest songs and explores how some musicians “used humour or metaphor and analogy and other poetic vehicles as a way of communicating with their audience and telling a particular story.”

The perception of humour is subjective, Baxter-Moore explains. For him, John Lennon’s humorous protest songs are more appealing than the more commercially successful but “terribly, terribly earnest” Imagine.

“Some protest songs make you want to laugh, not necessarily because they’re funny in a traditional sense but because they have so much spirit and life in them,” he says.

Baxter-Moore points to Joni Mitchell’s Big Yellow Taxi as an example. The song “speeds along at such a clip and, although she’s telling a very, very serious story, she seems to find such joy in doing it,” he says. “Then at the end, of course, she bursts out in a peal of laughter.”

The chapter focused on what he calls the “classic age of protest songs,” but, he says, there are lots of contemporary examples as well, especially within hip hop.

“Every time there is a large gathering of protesters, whether it’s against Trump or in favour of environmental issues, or about Indigenous issues in Canada, you’re pretty much always going to find people singing songs — some old, some new and some with new words to old tunes.”

Popular Music and Humor offers something for “all kinds of readers to relate to,” says Baxter-Moore. Chapters look at humour across a range of genres, from metal, reggae and K-pop, to the music of artists such as Chuck Berry, Dolly Parton and “Weird Al” Yankovic.

“We often think of humour as something that’s mostly verbal,” he says. “But in his chapter on jazz, for example, Garth Alper finds humour purely in the way the music is played and manages to convey that, in his own humorous way, to a wider audience that goes beyond musicologists and jazz fans.”

Although compiling a book of this scope was challenging, Baxter-Moore admits there were moments of levity. Pulling together the final chapter, “Coda: Unintentional Humor in Popular Music,” was the most fun, he says.

As lead author, he invited contributors to nominate up to three songs they find unintentionally humorous. Several people mentioned “really sappy songs” like Honey, made famous by singer Bobby Goldsboro, as well as “anything by Star Trek’s William Shatner (Captain Kirk) or Leonard Nimoy (First Officer Spock),” he says. “Those are all really, really bad.”

But there was some debate, too.

“At least 10 people sent in MacArthur Park, but then somebody else defended it as a brilliant piece of songwriting,” he says. “I think every reader will find something to which they can relate, or hate, in that chapter.”

As with one’s sense of humour generally, “finding unintentional humour is something determined by one’s own tastes,” he says.