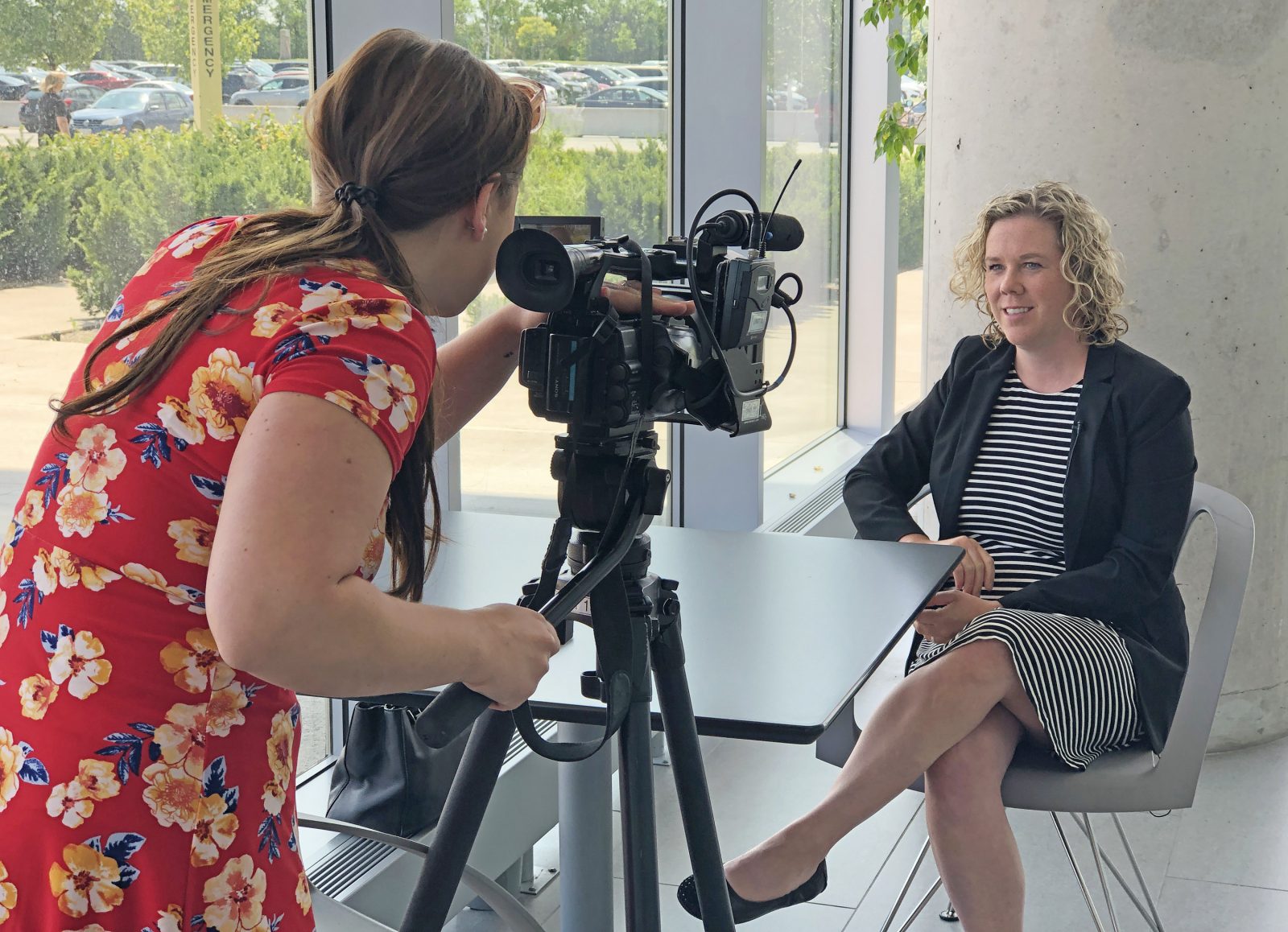 Angela Evans, Associate Professor of Psychology, is interviewed by CHCH News for a segment about her SSHRC research funding.

Brock psychologist awarded grant for research into lying: Associate Professor of Psychology Angela Evans is one of 14 researchers at Brock awarded $1.3 million in grants from the Social Sciences and Humanities Research Council of Canada. CHCH came to Brock to do a news segment on Evan’s research on lying. Evans was also included in a recent episode of the BBC Radio podcast Bringing up Britain. Her segment starts at 15:29.

With students arriving soon, Brock says landlords are needed: Brock University’s off-campus living staff is putting out the call for Niagara landlords and residents with some extra space. The St. Catharines Standard wrote about the push for more off-campus housing options, and 610 CKTB did a radio interview with Director of Student Life and Community Experience Brad Clarke.

Niagara Falls residents get help beating the heat: Professor of Kinesiology Stephen Cheung was quoted in a story by the Niagara Falls Review about how to handle extreme heat conditions. He was also featured in a segment about the issue live on Toronto television station CP24.

Can Niagara play to win in the sports tourism game? Julie Stevens, a professor in Brock’s Centre for Sport Capacity, was interviewed for a story in The St. Catharines Standard about her research around the Niagara sport tourism model.