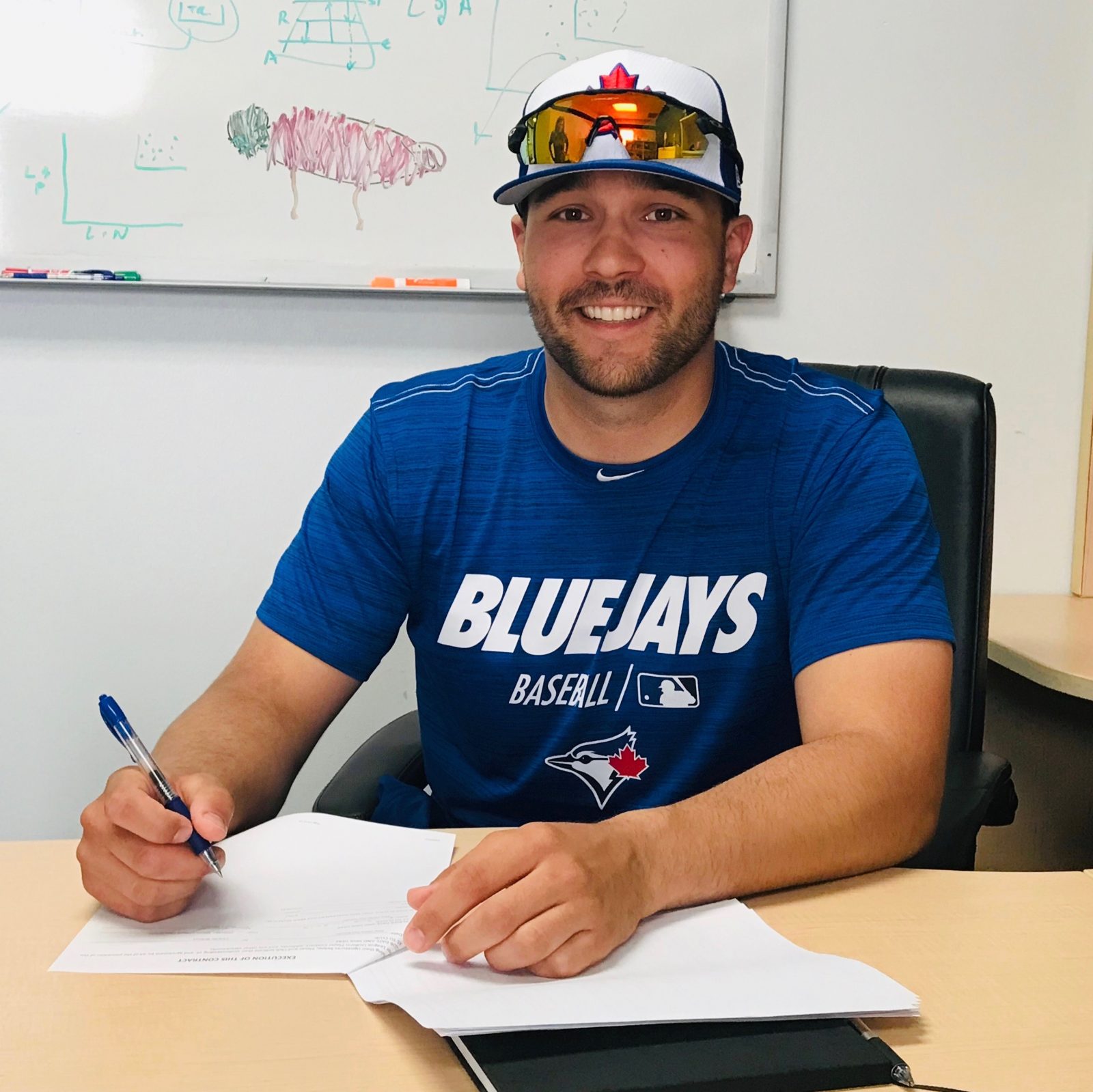 Brock Badgers pitcher Alex Nolan has been signed by the Toronto Blue Jays.

Nolan recently completed his third year in Media and Communications at Brock and becomes the third Badgers baseball player to be signed by an MLB club after Jamaal Joseph in 2004 and Shaun Valeriote in 2012.

Last season, the pitcher posted a stellar 11.72 strikeouts per nine innings. He had a 1.78 earned run average and 1.05 walks plus hits per inning pitched (WHIP) in 35.3 innings and walked only eight batters.

“Alex has made the program proud. He’s is the product of the culture that we have been building at Brock,” said head coach Marc LePage, who took over the program in 2016. “He’s been special for us and has turned things around. He’s a guy that works from dawn till dusk.”

“Alex has worked really hard for this,” said Del Rio. “We have seen him evolve tremendously during his time at Brock.”

Nolan’s fastball touches 93 miles per hour, but that’s not what sets him apart.

“Alex has outstanding command of all of his pitches and has special off-speed techniques with a dynamic changeup, splitter and curveball,” added Del Rio.

Continuously working on refining his craft, Nolan has been pitching in the Northwoods League for the Kalamazoo Growlers this summer, where he has tossed 13 strikeouts in 11 innings.

With the Blue Jays set to assign Nolan to one of their minor league affiliates on Saturday, he won’t be eligible to return to the Badgers roster under Ontario University Athletics rules.