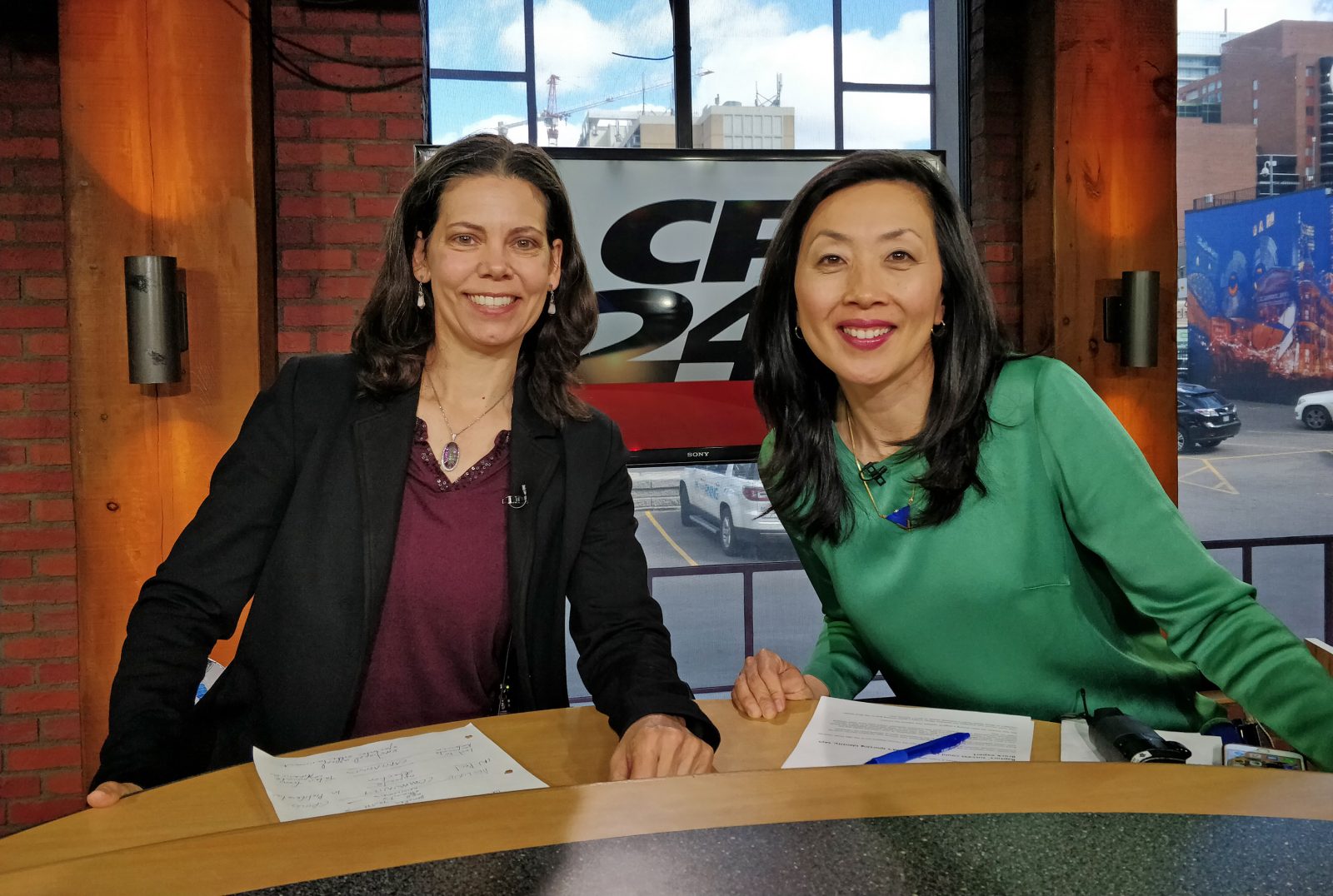 Brock University Associate Professor of Sport Management Julie Stevens with CP 24 News anchor Jee-Yun Lee during the taping of a segment about the Toronto Raptors on Monday, June 3.

Brock University is teaching students the skills of managing a business: The St. Catharines Standard, CHCH and Niagara This Week covered a Brock initiative that saw Grade 4 students pitch their respective lemonade stands to prospective buyers in a sales activity organized by the University’s Goodman School of Business.

Brock University professor thinks basketball has the potential to unseat hockey as Canada’s sport: Associate Professor of Sport Management Julie Stevens spoke with CHCH, Newstalk 610 CKTB, and CP24, about the recent success of the Toronto Raptors and the trend among many Canadian youth to choose basketball over hockey when asked about their favourite sport. Stevens also wrote about the topic in The Conversation, and many national and international news outlets reprinted her article.

Brock University experiences 13% increase in applicant confirmations: News of more than 3,500 high school students committing to Brock in the fall — a 13 per cent increase over the previous year — was featured in a Newstalk 610 CKTB article. The increase is significantly higher than the 3.1 per cent provincial average.

Brock student fulfils mom’s high school prom wish for her disabled daughter: Second-year Brock student and men’s hockey player Zack Bowman was featured in an article by the Hamilton Spectator, as well as several other media outlets, about his trip to prom with Gabby Horner-Shepherd. Bowman responded to a Facebook post from the young woman’s mother, who hoped to find her a date who would see her for who she is, not for her chromosomal abnormality.

30 years since the Tiananmen Square Crackdown: In an interview with CTV, Associate Professor of Political Science Charles Burton discussed the 30th anniversary of pro-democracy demonstrations in China’s Tiananmen Square and the ongoing repercussions of the military crackdown that followed.

Canadian national inquiry: Giving a voice to missing and murdered women: Assistant Professor of Women’s and Gender Studies Robyn Bourgeois spoke with the BBC and Democracy Now about the recently released report from the Canadian National Inquiry into Missing and Murdered Indigenous Women and Girls.