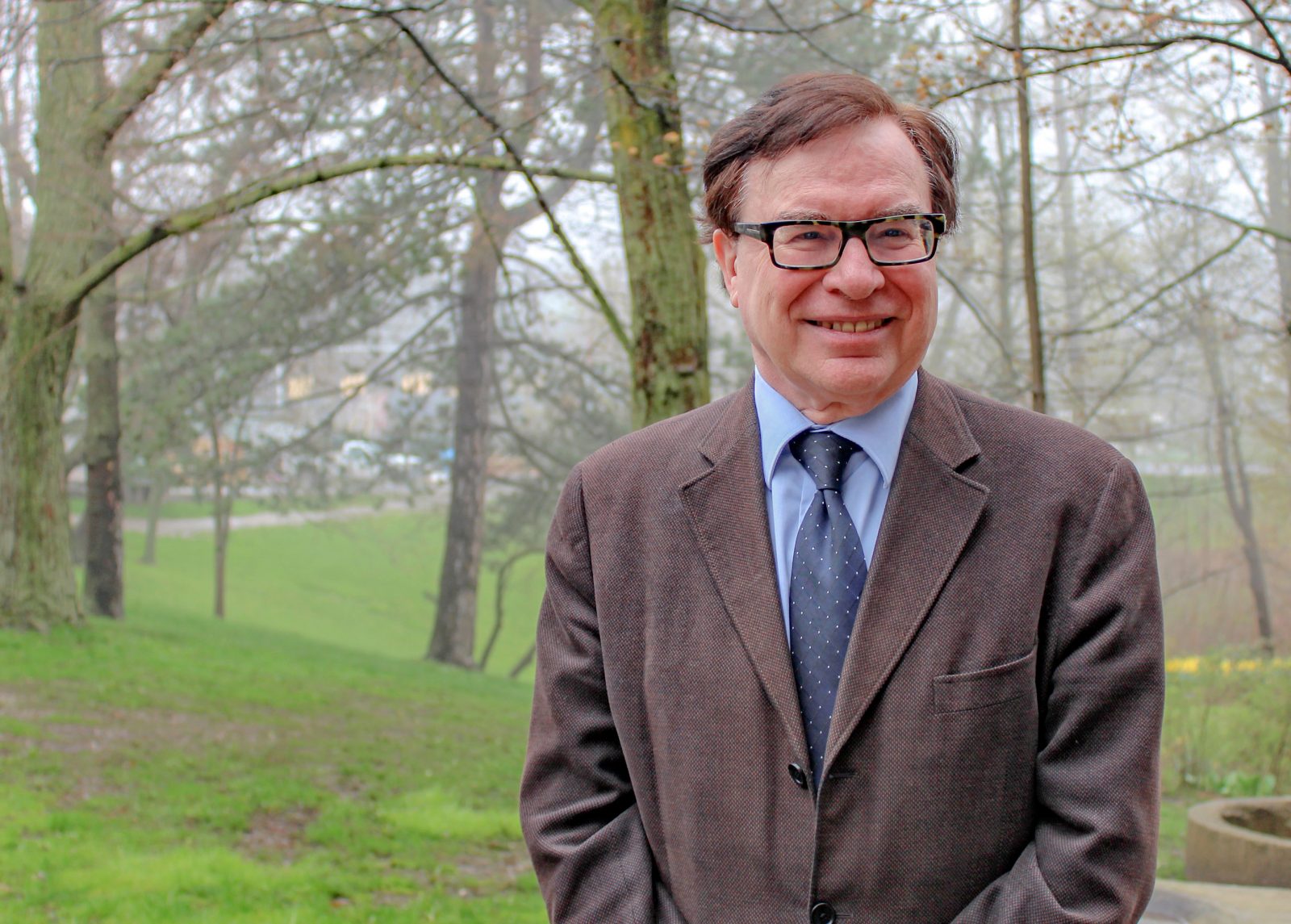 Associate Professor of Political Science Charles Burton is in high demand as an expert on Canada-China relations.

With Canada-China relations at an all-time low, demand for the expertise of Charles Burton, Brock University Associate Professor of Political Science, is sky high.

For months, Burton has been fielding calls and crossing oceans to consult with security and foreign policy agencies in Canada, Europe and elsewhere on “the threat of the foreign policies of the Government of the People’s Republic of China to sustaining a rules-based international order,” he says.

On March 25, Burton spoke to an audience of government and non-government security specialists at a counter-proliferation roundtable in Toronto about potential lessons Canada could learn from Australia’s new legislation on espionage and foreign interference.

In April, he flew to London at the invitation of the Government of the United Kingdom Cabinet Office Assessments Staff and the Canadian High Commission to participate in the Five Eyes Think Tank Dialogue. He spoke to an audience of security specialists from several countries on the China-Russia nexus.

The following week, the Canadian Embassy funded his participation in the Stratcom Summit in Prague, an invitation-only meeting of 150 security specialists from Europe and North America.

In addition to numerous consultations with international foreign policy officials, Burton’s calendar is packed with media requests, including interviews with Canadian outlets such at the CBC, CTV and TVO, along with The Financial Times, New York Times, and regular spots on American syndicated radio.

“His reputation for really insightful assessments of global developments has resulted in spiralling demands from national and international news media for his commentary,” said Kevin Cavanagh, Executive Director of University Marketing and Communications. “Charles understands why it is important to interpret issues on Canada-China relations in ways that are relevant to everyone from your next-door neighbour to the Prime Minister.”

On his most recent European trip, Burton was surprised by the number of people who knew him.

“I had no idea there were readers in diverse countries across the world, not to speak of course of Taiwan and Hong Kong, where you’d expect that kind of interest,” he says.

His fame is a function not only of syndication and social media, but also of the seriousness of his subject.

Governments throughout the world, including in Ottawa, are increasingly concerned about the “enormous impact” of China’s global influence, Burton says.

“I think my body of work over the years is becoming more recognized now because it had a sort of predictive value which is now coming to the fore,” he says. “People who previously might have dismissed some of my research are now interested in having me involved in advising them.”

Burton, who maintains homes in both China and Canada, has never shied away from critiquing the Chinese government. But, he says, the strained China-Canada relationship means that he “certainly won’t be going back this summer.”

Burton says former Canadian diplomat Michael Kovrig was arrested in China and “is being interrogated on matters to which he became privy to during the course of his diplomatic service.”

Burton, who has also worked as a diplomat, was “given a recommendation that it wouldn’t be a good idea to go back.” He worries about other Canadians living in the country.

“The Chinese government’s behaviour is becoming so arbitrary, it’s hard to predict,” he says.

“The idea of someone like me being arrested by state security, this I can understand, I’m sort of involved in it,” he says. “But Canadians who are there just for doing good, getting caught up in it, really makes me feel much more morally outraged than people like me who have chosen to become involved in the struggle.”

Burton counts himself among a small number of China specialists who are prepared to criticize the regime.

“The other option is to hold back and not enter into the public debate on China,” he says. “If people understand things that are causing trouble in our relationship with China and don’t dare speak up, I think that would be more damaging to Canada’s interests.”