Brock Media Clips for Friday, May 3 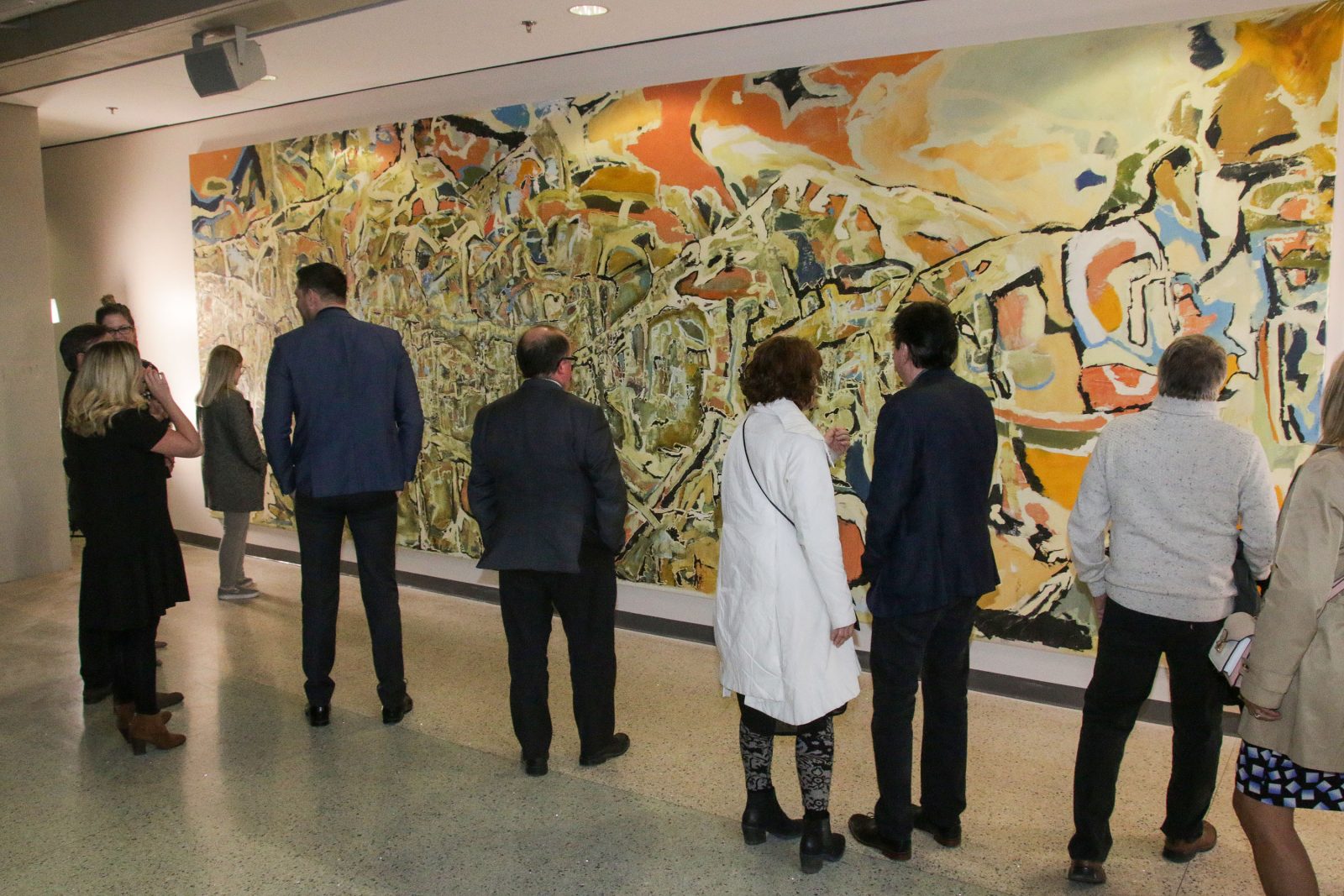 Guests took time to get an up-close view of the artwork unveiled at Monday's event honouring Joe, Anita and Laura Robertson.

Brock unveils painting, fund honouring Robertsons: The donation of a cherished piece of art and the creation of a $1-million endowment fund in memory of Joe, Anita and Laura Robertson were featured in the St. Catharines Standard, Academica and Niagara This Week. Joe Robertson was a former Brock Board of Trustees member and Chair, his wife Anita was an active volunteer in the community, and the pair’s daughter Laura had been hired to work in Brock’s athletics and recreation department. Tragically, all three were killed in an airplane crash in July 2018.

Pressure mounts for Canada to push back against China in largely one-sided feud: Associate Professor of Political Science Charles Burton spoke in an Ottawa Citizen article about the perceived lack of response by the Canadian government to Chinese sanctions on Canadian imports and imprisonment of Canadian citizens. The article was also picked up by nearly 100 other news outlets.

Great Lakes communities in for ‘serious flooding’ this season, expert says: Professor of Biology Liette Vasseur spoke about the record flooding predicted for great lakes coastal communities in an Elliot Lake Today article. Vasseur also said the decisions of residents and municipalities are having a major impact on the flooding.

Brock University launches advanced cider courses: An article about the launch of new cider courses in Brock’s Cool Climate Oenology and Viticulture Institute was featured in Niagara This Week and included quotes from the Institute’s Manager of Continuing Education and Research, Barb Tatarnic, and Senior Laboratory Demonstrator, Steven Trussler.

Canada’s black market for weed is thriving — even after legalization: A Quartz article about the majority of Cannabis sales in Canada being done on the black market featured quotes from Associate Professor of Health Sciences Dan Malleck.