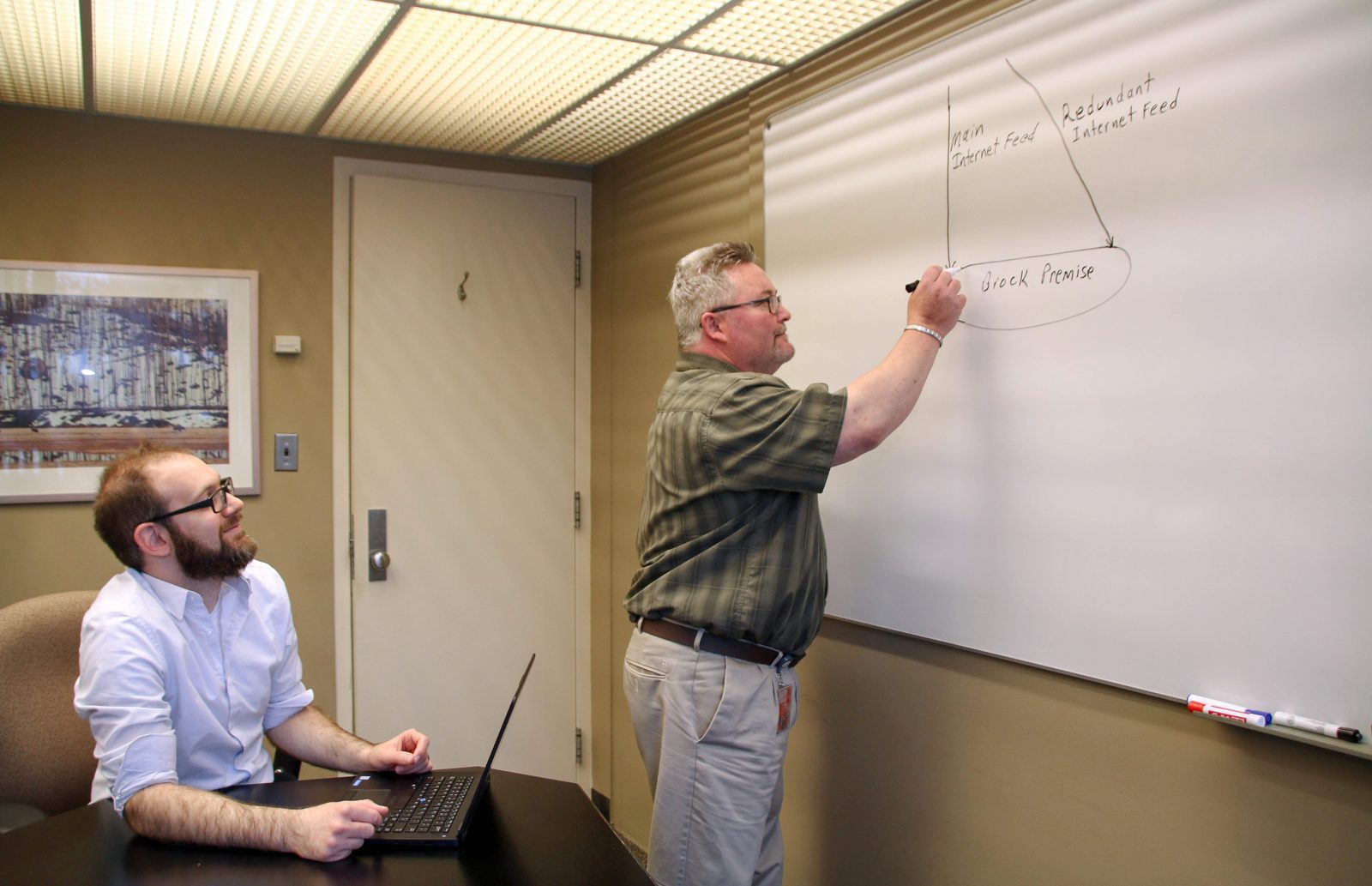 While many universities across Ontario experienced a significant internet outage last month, Brock University did not.

On April 10, Brock’s main internet provider, Ontario Research and Innovation Optical Network (ORION), went down due to a problem with one of their cooling systems. Consequently, several universities and colleges lost internet connection for up to 11 hours, many during exams.

“While many other universities relied solely on that one internet connection from ORION, we were able to fail over to our secondary circuit,” said David Cullum, Associate Vice-President, Information Technology Services (ITS).

“Most people on campus may have not even noticed the change. At most, they may have experienced a short blip in their internet, much like when the lights flicker in a house when it switches from main electricity to a generator.”

The need for a redundant internet connection was identified as part of Brock’s ITS strategic planning process. Cullum says that with the majority of the University’s core applications and solutions in the cloud, and an increasing number moving over, the team recognized the importance and necessity of continuous internet access.

“If there’s only one way to get to the internet and it fails, 20,000 faculty, staff and students won’t be able to access the programs they need, including major systems like Workday for Financial Services and Human Resources, as well as Sakai, the University’s learning management system,” he says.

During the testing phase for the backup circuit, ITS identified and tried to eliminate as many single points of failure as possible. This meant choosing a secondary internet provider that was housed in a location separate from the University’s main provider.

“With ORION being in Toronto, any outage in the city would mean an outage at Brock,” said Michael Tisi, Manager IT Infrastructure. “We chose a redundant circuit that also connects to multiple upstream providers in Buffalo, and uses a separate path and fibre optic cables to enter the University.”

In addition to having a failsafe internet connection in situations like the one experienced last month, a second internet provider offers the University flexibility to use the extra circuit if there’s a short-term problem with the main one.

“We constantly monitor our two internet connections to make sure they’re being used properly,” said Cullum. “We watch to make sure there’s enough bandwidth for our students in residence as well as the rest of our faculty, staff and students on campus. If there’s a problem with one, we can easily switch to the other.”

Both Brock University’s main campus and the Marilyn I. Walker School of Fine and Performing Arts downtown campus have redundant internet connections.