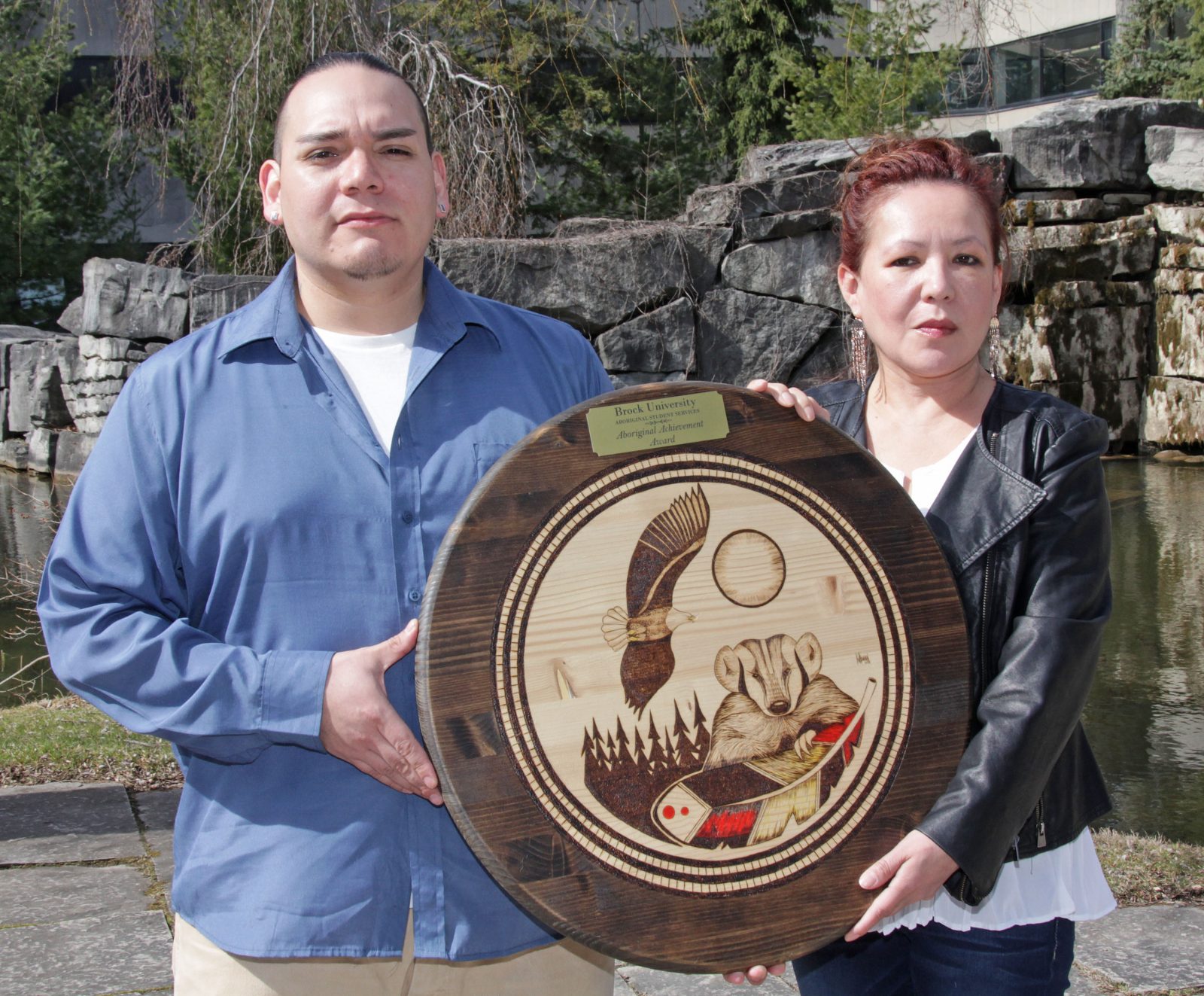 Nick Printup and Lyn Trudeau have been named the 2019 Aboriginal Achievement Awards, given out Tuesday, April 2 by Aboriginal Student Services.

They’re two Indigenous students at two very different points in their Brock University journeys, but Lyn Trudeau and Nick Printup are setting an example for others to follow.

“Education has been very negative for our people because of the past with residential schools, so every chance we get, we need to celebrate our successes,” she said. “If we continue to do that, more and more students will become aware and inspired.”

Trudeau is an Anishinabe woman who started her studies at Brock in 2001. She completed her undergrad in 2008, a Master’s of Education in 2013 and is now working on a PhD focusing on the sociocultural contexts of education. She works as an instructor and teaching assistant for a number of courses within the Faculty of Education’s Tecumseh Centre for Aboriginal Research and Education.

“She mentors so many students and is a role model in the community,” Wong said of Trudeau. “She’s very deserving of this award and is so humble about everything she does.”

Trudeau said the award means a lot to her.

“I’ve always talked about being a change agent and I feel that if I’m going to do that, this is very significant,” said Trudeau, who hopes to complete her PhD in the next year and a half.

Printup is Haudenosaunee and Anishinabe and is about to complete his first year in Media and Communications studies. He’s a transfer student from Niagara College who has already established himself as a published author and accomplished filmmaker who specializes in telling important stories of Indigenous peoples.

“He is very engaged in the community,” Wong said. “This is his first year, but he has already made an impact here. We typically don’t hire our first-year students, but he’s so familiar with the culture and does teachings for our students. He’s very deserving of the award.”

Printup said he takes his role as an Indigenous storyteller seriously.

“For so long, Indigenous content has not been produced by Indigenous people,” he said. “I’d like to work in mainstream media, but we’re put into a predicament where we have the ability to tell our own stories so we should be doing that. There’s a void that needs to be filled.”

“Seeing how these students develop in the growth of their knowledge, we probably learn more from them than they learn from us,” she said. 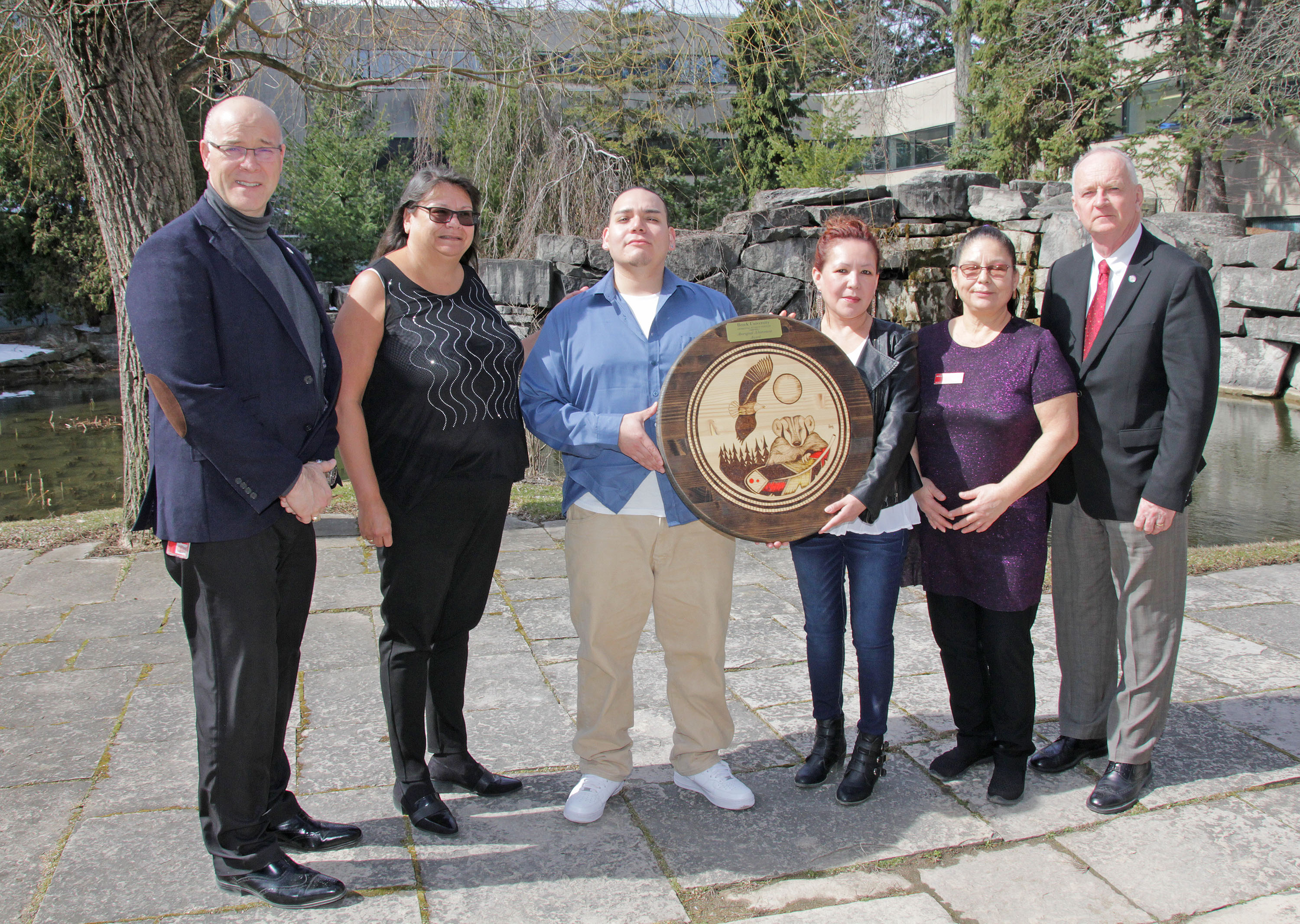