Brock proposal sees a new era for the arts in downtown St. Catharines 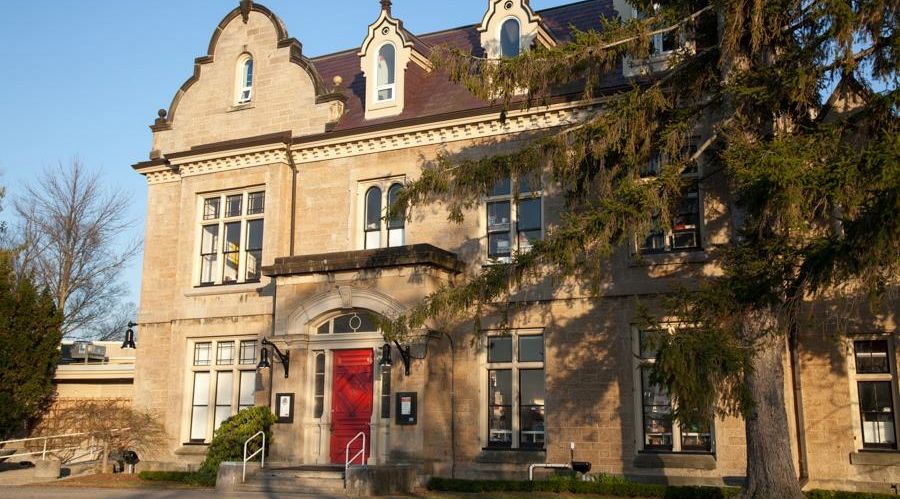 Brock University is committed to advancing its pledge to help grow vitality and development in downtown St. Catharines. The University and community partners are therefore exploring a plan to preserve historic Rodman Hall, provide modern space for the Rodman Hall art collection, and help create a new arts and culture hub in downtown St. Catharines.

The plan is based on commitments that would give the local arts community expanded space and long-term stability in modern, climate-controlled facilities that are conducive to storing and showing works of art, this despite the University needing to find more than $15 million in budget savings after the province announced tuition cuts on Jan. 17.

The new plan being considered would:

The University has no plans to sell Rodman Hall or its art collection.

The centre piece of the plan would be the downtown arts and cultural commons. With a footprint of 5,000 to 7,000 square feet, it would offer arts groups a dynamic space for administrative offices, as well as meeting, studio, teaching, workshop, exhibition and display space. Brock would provide financial support throughout its contractual obligations to Rodman Hall until 2023.

University officials say they could also collaborate with and support other arts projects to make downtown St. Catharines a vibrant arts and culture hub in Niagara. Brock looks forward to working alongside arts organizations on these efforts.

In 2003, the University agreed to take on Rodman Hall from a community group in an effort to save the struggling gallery from closing its doors. The property was transferred to Brock for $2.  While it is not selling the property, the University is looking for solutions to help it meet serious fiscal challenges while protecting the core of its academic mission.

Brock pays $750,000 a year in operating costs for Rodman Hall, and since 2014 has paid about $300,000 for studies to develop a divestment plan for Rodman Hall. It has also, since 2003, invested $500,000 into the facility’s capital needs. Studies show further capital investment of at least $1 million a year will be needed in the future.

Last month, the University’s Board of Trustees approved the transfer of Rodman Hall’s art collection to a community transition group, with a mandate to explore ways to maintain the collection and display it across Niagara.

Brock President Gervan Fearon said supporting and helping sustain the local arts community is a key priority for the University.

“A vibrant arts culture is crucial to the health and vitality of the entire Niagara region,” said Fearon. “Brock made a major commitment to this when the Marilyn I. Walker school moved downtown, and now we are pleased to partner and explore this initiative that will give artists and arts organizations more space and better space.”

Located on a hilltop overlooking Twelve Mile Creek in central St. Catharines, Rodman Hall is a mansion and wooded estate that has functioned as an arts centre and museum since the 1960s.

When Brock took over the facility in 2003, it envisioned a University presence downtown as well as work and gallery space for its arts programs. Those needs were superseded in 2015 when Brock moved its MIWSFPA to downtown St. Catharines, into a $46-million venue of new construction and restored industrial space not far from Rodman Hall. Besides providing modern facilities for a wide range of the arts, the project has also helped energize the city centre by relocating hundreds of students downtown.

These developments were being completed as universities entered an era of operating under growing financial strains and competition for students. The Ontario government’s recent 10 per cent tuition cut leaves Brock with a $15.4-million budget shortfall, which officials are working to mitigate before the fiscal year starts on May 1.

An arts and culture hub would give Brock students more opportunities to engage with the city’s growing arts scene, and strengthen the downtown revitalization taking shape in St. Catharines.