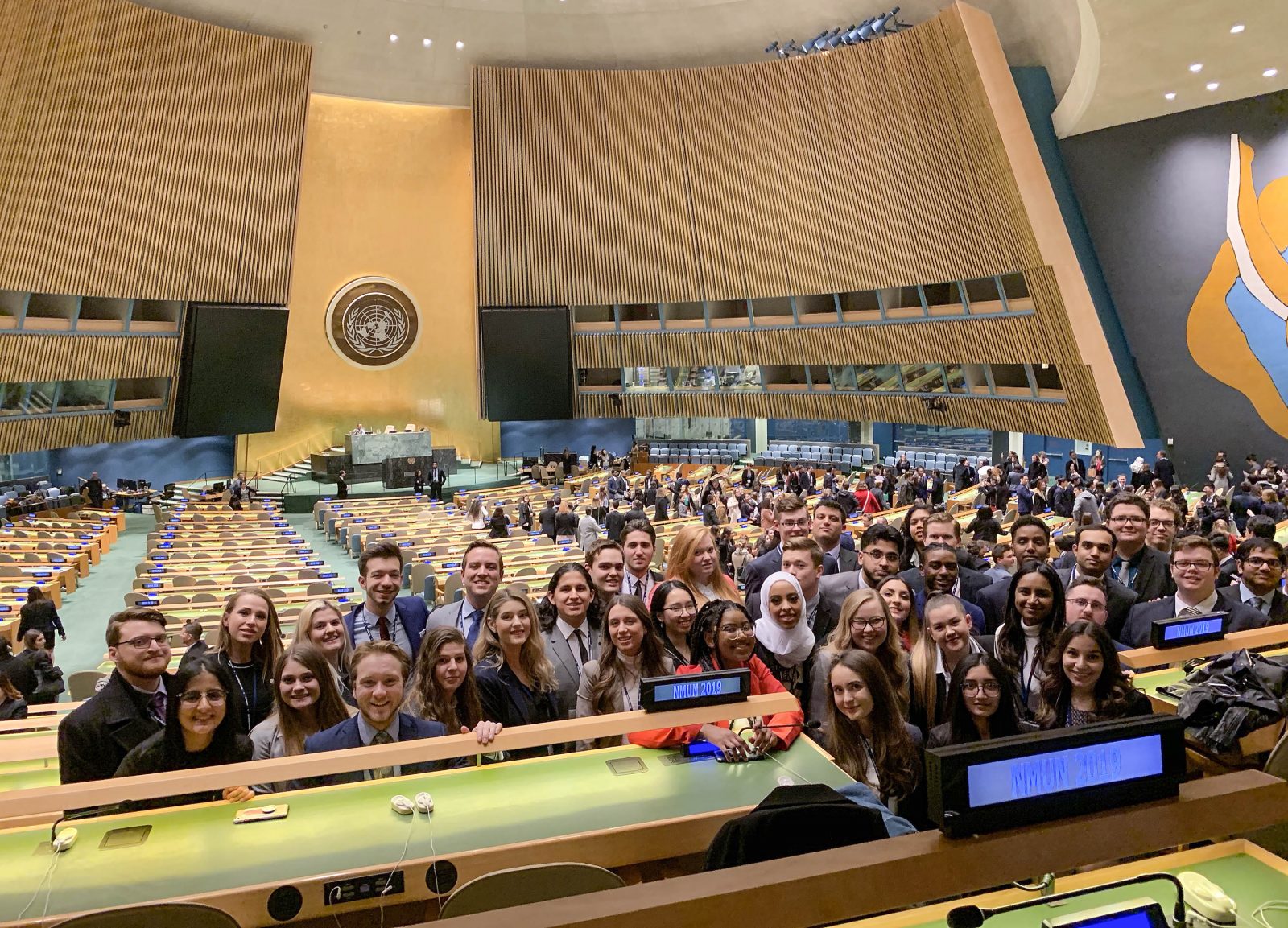 Members of Brock’s Model United Nations recently proved they have what it takes to tackle issues on a global scale.

The 40-student team made its mark during a visit to New York City March 24 to 28 to participate in the National Model United Nations (UN) conference.

Held in part at UN headquarters, the annual event brings together more than 5,000 students from hundreds of schools around the world to run a simulation aimed at addressing international problems.

Each team comes to the table representing a different country and takes a position on global issues from their country’s stance. Teams then work together to negotiate and create successful resolutions. This year, Brock represented the United Kingdom.

Their dedication did not go unnoticed.

For the second consecutive year, the Brock team earned a Distinguished Delegation Award, presented to the top 10 per cent of schools in attendance. In addition to the group honour, fourth-year Political Science students Alex Dow and Anna Demchyshyn were named Best Delegate in Committee for their work on the Peacebuilding Commission. 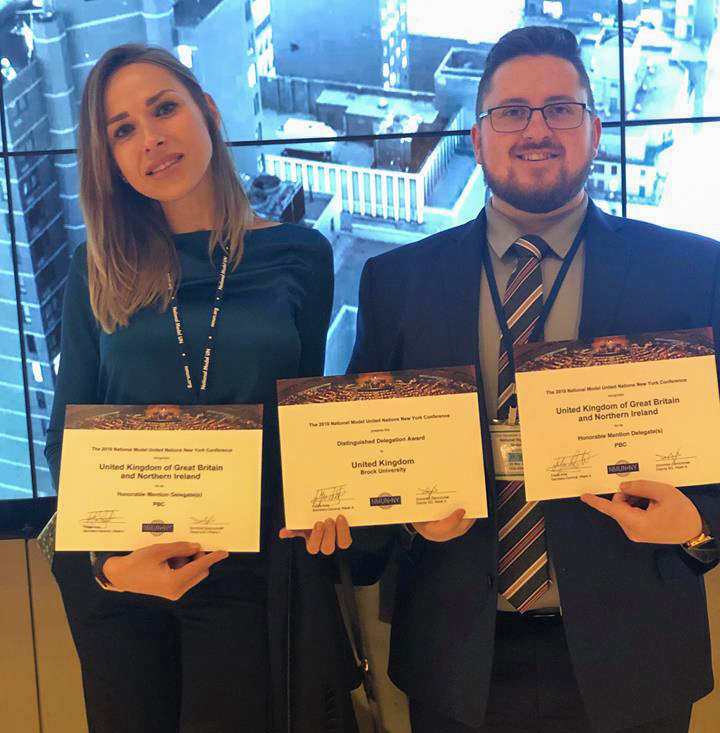 Fourth-year Political Science students Anna Demchyshyn and Alex Dow and were named Best Delegate in Committee for their work on the Peacebuilding Commission.

“All of our hard work paid off,” said Brock Model UN President Kailene Jackson, who expressed pride in her peers for their efforts.

It was rewarding, she said, to see the commitment and passion Brock students put into Model UN recognized.

Both the conference and the club are meant to “foster an environment of experiential learning and hands-on skill development, while empowering young people to become involved in international issues,” said Jackson, a fourth-year Political Science and Sociology student. “The competitive aspects are not the most important part, but the awards are always nice.

“We felt so proud to represent Brock on the international stage at this conference,” Jackson said. “It was awesome to see this group of Brock students grow from just more than 25 students last year to 40 this year, with hopes of taking even more to the conference in 2020.”

While the team is affiliated with the University’s Political Science Department, students from all disciplines and with varying levels of experience are encouraged to participate. Brock’s Model UN was recently honoured as Club of the Year by the Brock University Students’ Union.

“Model UN pushes people outside of their comfort zone and gives them the opportunity to develop new skills with the support of their peers and student leaders,” Jackson said. “This is especially true of students not in Political Science who have never been exposed to activities like this.”

Team members learn a number of transferable skills valued both in the classroom and the workforce, such as public speaking, collaboration, policy writing, communication, research, leadership, critical thinking and adaptability.

“Outside of these skills, Model UN empowers, encourages and supports students as they strive to create solutions to global problems they care about,” said Jackson, who herself had the chance to speak about gender equality at UN headquarters during the event. “It allows them to see that international diplomacy and the UN are things they actually have the power to partake in and influence in their future.”

Jackson said the team is grateful to the Brock University Students’ Union and the Political Science Department for “making this experience possible for all of us.”