Campus vigil on Tuesday will honour the victims of Christchurch 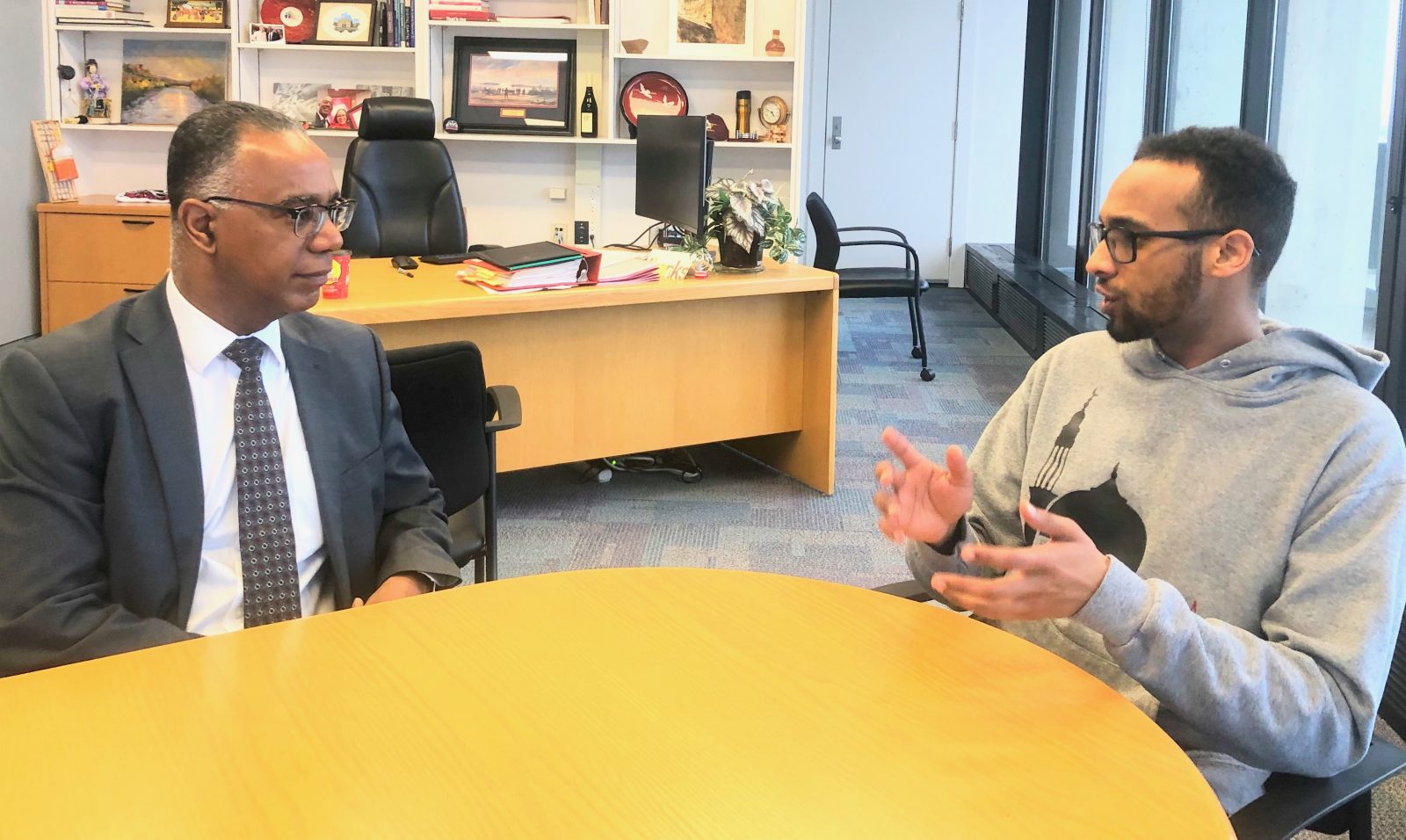 Solidarity came from around Brock University on Friday, after a terrorist slaughtered 49 people in New Zealand at two mosques where they worshipped.

A vigil to honour the victims will be held at noon on Tuesday, March 19 in the Scotiabank Atrium of the Cairns Complex. The announcement was contained in a joint statement by Brock’s office of Human Rights and Equity, and by the President’s Advisory Committee on Human Rights, Equity and Decolonization (PACHRED).

Members of Brock’s Muslim Students Association (MSA) gathered Friday and held prayers in the Muslim Prayer Room and in the Rita Welch Meditation Centre. The MSA issued a message of support for the victims.

Fouad Jibril, the outgoing MSA president, said students were still coming to terms with the atrocity.

“There are a lot of misconceptions in the community when it comes to Muslims,” said Jibril, who graduates this spring in Medical Sciences and hopes to attend medical school.

“We have different beliefs, but we’re just like everybody. We want peace, we want to support each other, we want to be united with the community.”

“It’s happening in every part of the world, and it becomes more and more frequent,” he said. “The mosque shooting in Quebec, the van killings in London, now New Zealand. These are countries where people go to escape persecution.

“One man doesn’t represent a people, and we don’t blame a country, any more than a member of ISIS represents Islam. But the rise of Islamophobia means Muslims fear for their safety. Women stop wearing hijabs, men shave their beards. They’re truly fearful of being seen as Muslim.”

Raised in South Africa and now living in Toronto, Mallick is in his third year of neuroscience studies at Brock.

“We must be strong and protect the freedoms of our society. We cannot allow these acts to win. When an innocent’s life is taken like this, it’s a terrible loss for us all. Whether it’s Muslim or Christian or Jewish blood. An innocent’s blood is a terrible loss.”

Brock President Gervan Fearon said no words can express the sadness or the gravity of the senseless hatred that took place in Christchurch.

“Understandably there has been outrage,” he said, “yet we have also witnessed acts of kindness, hopefulness and charity by people across the globe towards each other and towards people of various religions and faith; culture and beliefs; and backgrounds and experiences.

“It shows that we can stand up against terrorism, hatred and violence. It punctuates the importance that we must all take the time and make an effort to build shared understanding.  We must each resist, even in small ways, adding to discourse and actions that breed division, misunderstanding and mistrust between one group and another.

“The event in New Zealand emphasizes that we must re-commit our energy and efforts to the principles expressed by Martin Luther King’s speech, ‘I have a dream’.  Yes, we are saddened and challenged by the realities of Christchurch, but we must maintain and strive toward a shared dream that humanity can find a place in our hearts and minds to foster and attain a shared and harmonious future together.”