March Break: The President drops in for lunch and gets grilled 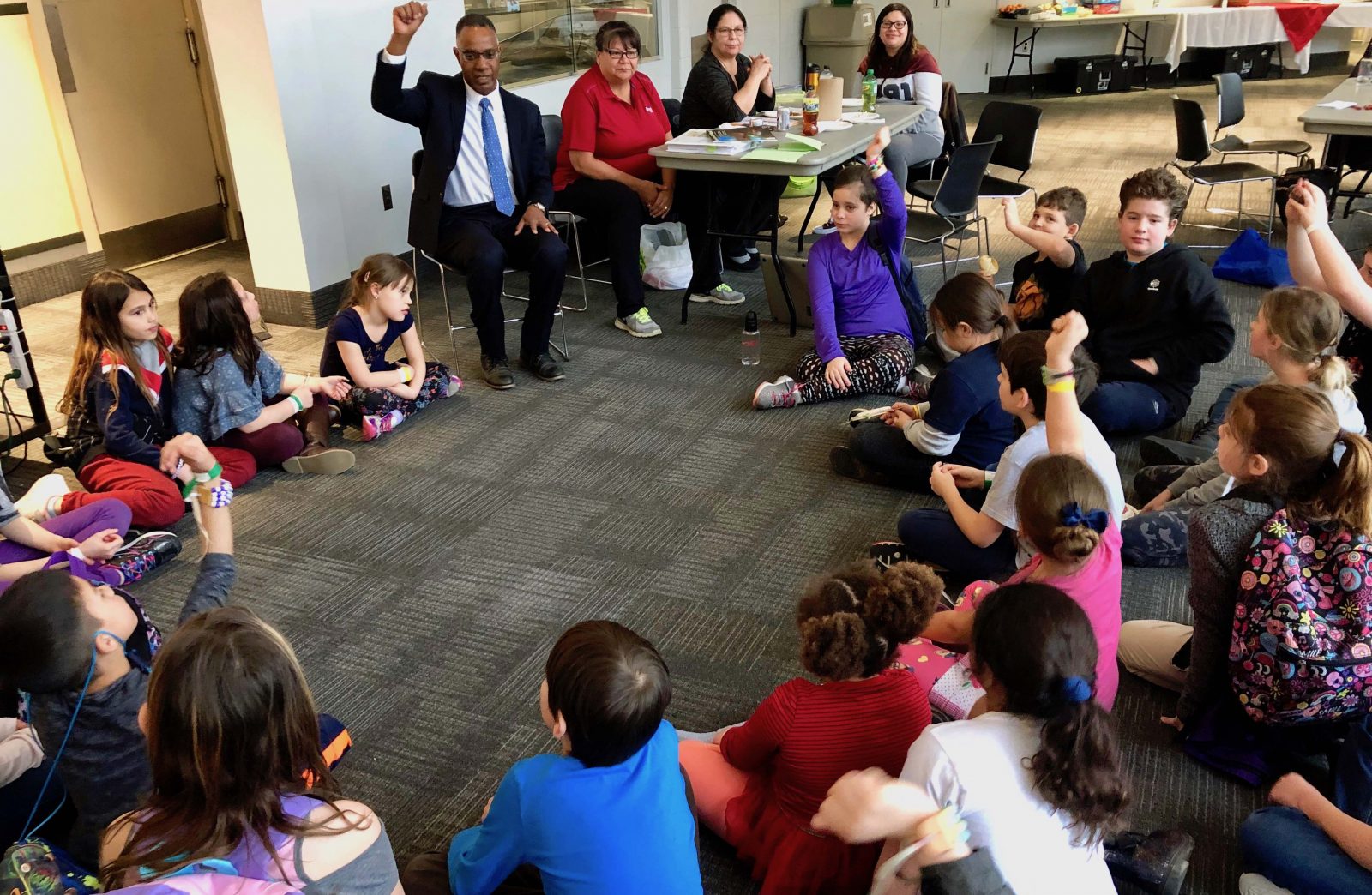 Holding his own: Brock President Gervan Fearon in a chat with this year's Cultural March Break Camp.

When Brock University President Gervan Fearon sat down with some young potential students this week, they listened carefully to his thoughts about developing their minds and making university a part of their lives.

When he had finished, and invited questions, they were ready. Would he come swimming with them later that day?

This year’s Cultural March Break Camp, run by Aboriginal Student Services, attracted some 45 Indigenous youth aged 5-15, mostly at the younger end of that scale, and mostly from around the Niagara region. It was one of numerous March Break camps at Brock for elementary and high school students, with themes such as lifeguarding, robotics, outdoor adventure, engineering, creative arts and investigative science.

At the Cultural Camp, the focus is on giving the kids healthy food and healthy activities, said Sandra Wong, Academic Support Coordinator for Aboriginal Student Services. They’re spending the week playing sports, making rattles and beaded bracelets, or painting birdhouses that they get to take home, along with some birdseed.

They also read Thirteen Moons on Turtle’s Back, which explains how Indigenous people in North America traditionally keep track of the changing seasons.

And they each get a reusable Brock water bottle so they’ll hopefully drink more water instead of soft drinks, and avoid using disposable single-use plastic water bottles.

On Thursday, they were having lunch in Pond Inlet when President Fearon stopped by to try the shepherd’s pie and ask what they’d been up to. They’d enjoyed playing sports and games, but the swimming sessions clearly held a special place in many young hearts.

He told them to dream big, be nice to others and always try their best.

“This can be your university, too,” he said. “You can swim and play dodgeball or basketball, but in a few years you can come back to Brock and be a student. You can take your creativity even further, and try to achieve anything you want.”

Such aspirations will no doubt resonate in the long term, but when another young questioner put up his arm, it seemed the curiosity for this lunch hour was focused on a future that would come shortly after lunch.

“Have you ever done a cannonball in the pool?”