Drama students to tackle tough topics in Sunday on the Rocks 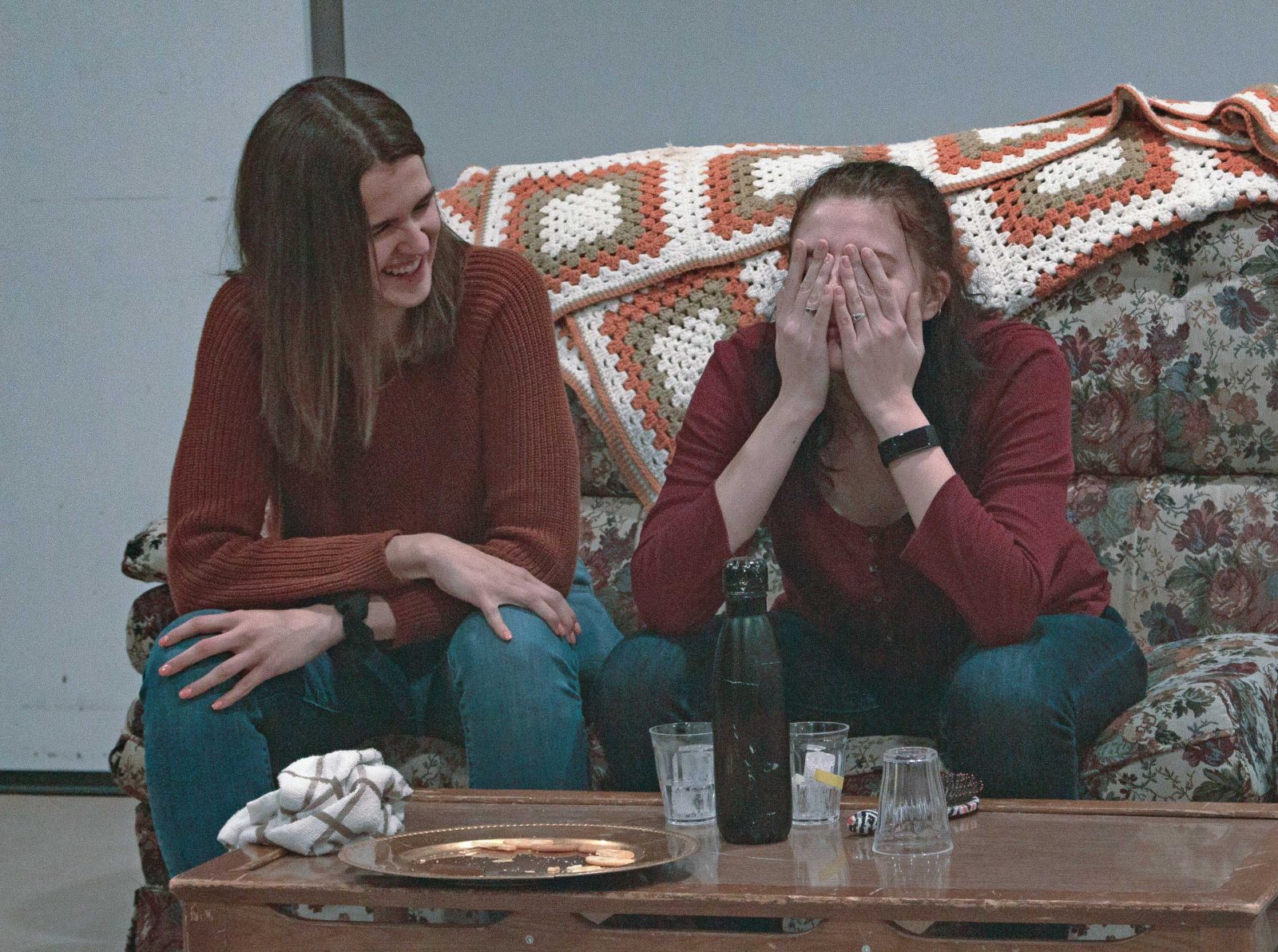 Brock dramatic arts students and cast members Catherine Tait, left, and Kristina Ojaperv rehearse for their upcoming production of Sunday on the Rocks. Produced by dramatic arts students under the company name OverHead Theatre, the show is being staged at the Marilyn I. Walker School of Fine & Performing Arts from Friday, April 12 to Sunday, April 14. Photo courtesy of OverHead Theatre.

Brock Dramatic Arts students are bringing the work of Broadway heavyweight Theresa Rebeck to the Marilyn I. Walker School of Fine and Performing Arts (MIWSFPA) this April with their production of Sunday on the Rocks.

The show is produced by students in the University’s DART 4F56 class, under the company name Over Head Theatre, and is the follow-up to their successful first production A History of Everything.

It opens at the Marilyn I. Walker Theatre on Friday, April 12 and runs until Sunday, April 14.

Set in 1994, Sunday on the Rocks is a comedic drama about four roommates stepping into adulthood and struggling with issues of harassment, sexual assault and abortion.

Director and course instructor Neil Silcox said he was drawn to this play because of the rich and complex characters.

“Living in 1994, they are struggling with all the same issues that women face today, but without the short-hand to talk about it that we’ve developed in the past 25 years with the rise of the #MeToo movement.”

Assistant Director Colin Williams added: “Theresa Rebeck’s writing never shies away from difficult and sensitive subjects, is never preachy and is, above all, funny.”

Rebeck, who has four plays under her belt, was presented the PEN/Laura Pels Award in 2010 and was a finalist for the Pulitzer Prize in 2013. Her other notable plays include Seminar, starring Alan Rickman, Dead Accounts, starring Katie Holmes, and most recently, the 2018 Broadway hit Bernhardt/Hamlet, starring Janet McTeer.

Sunday on the Rocks runs from Friday, April 12 to Sunday, April 14 at the Marilyn I. Walker Theatre of the MIWSFPA, located at 15 Artists’ Common in downtown St. Catharines. Tickets are $5 (plus taxes and fees) and are available for purchase through the FirstOntario Performing Arts Centre online box office or by phone at 905-688-0722.

For more information and showtimes visit the DART web page. Limited parking is available on site.

Read more stories in: Humanities, News, People
Tagged with: A History of Everything, DART 4F56, department of dramatic arts, marilyn i. walker school of fine and performing arts, marilyn I. walker theatre, MIWSFPA, Sunday on the Rocks