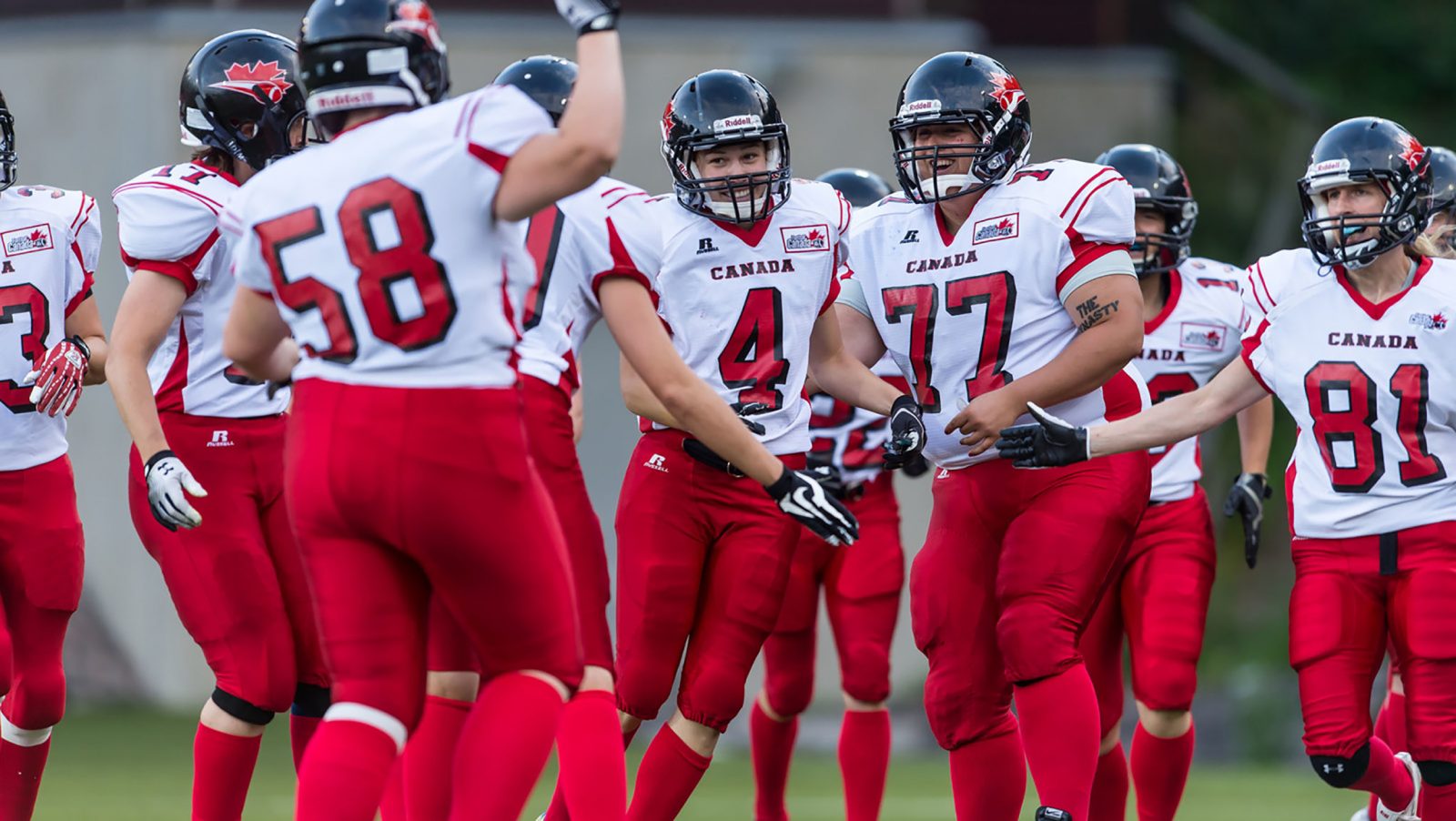 A Brock University Assistant Professor of Sport Management is leading the charge to get more women playing football in Canada.

Most people likely don’t realize that Canada has a national women’s football team, but that should change thanks to an initiative between a Brock University Sport Management assistant professor and the Ontario Football Alliance (OFA).

Later this month, the OFA will host its first-ever women’s-only football combine in Ontario, where scouts will be looking to identify new and upcoming talent.

“Historically, there has been very little opportunity available in our province for women to play football at any level unless they are willing to play on men’s teams,” says Brock University Sport Management Assistant Professor and Canadian Women’s National Football Team Head Coach Ryan Clutterbuck. “But, we are excited about partnering with the Ontario Football Alliance to offer this selection camp. It’s a positive step toward more opportunities being available for women to play football in Canada.”

The Ontario Women’s Football Combine, sponsored by Brock and the Canadian Football League, will be held on Saturday, March 30 at Guelph University, following a Safe Contact Clinic for women only at the same location that will teach them proper tackling and blocking techniques.

“As we turned the calendar to 2019, growing women’s football in Ontario became a top priority for us,” says OFA Executive Director Tina Turner. “We believe it is important to create a pathway for our female athletes to enter and develop and be able to move on to elite levels as both players and coaches.”

Finding a place to play football as a woman has been a difficult task, Clutterbuck says.

“There are women football players who reside in Ontario having to play on teams in other provinces or even travel to the U.S.,” he says. “If a woman wants to play football, even if she hasn’t played before, but is an athlete who can compete at national and international levels in any sport, she should come out to the combine.”

The event will test athletes in the 40-yard-dash, agility, plyometrics and strength. Additionally, since the skills in football are transferrable from sports that are offered to women at the high school and university levels, even if a female athlete doesn’t have a background in football, Clutterbuck knows she may have skills that might be useful to the team.

“Many receivers come from basketball backgrounds, because the skills are similar,” he says. “We are also looking for soccer, hockey and rugby players, because many players on previous women’s national football teams come from those sports. In Ontario and across Canada, it’s my role to make sure if they want to play, they are given the opportunity to try.”

Part of Brock’s support of the OFA is through an experiential learning project. Fourth-year Sport Management student Alex Roger has been helping to organize and market the combine event as part of an independent study with Clutterbuck.

“Alex came to me with an interest in sport marketing and event management. Together, we decided that these women’s-only talent identification events would be an interesting platform for him. He’s been working with the provincial and national sport organization to put the program together with the support of the OFA,” says Clutterbuck, adding that the support of Brock’s Sport Management Department and wider academic infrastructure made the experiential education opportunity possible.

In recent years, the Department of Sport Management has focused its efforts on developing women in leadership roles and encouraging careers in women’s sports.

For more information about the upcoming women’s-only events, visit ontariofootball.ca