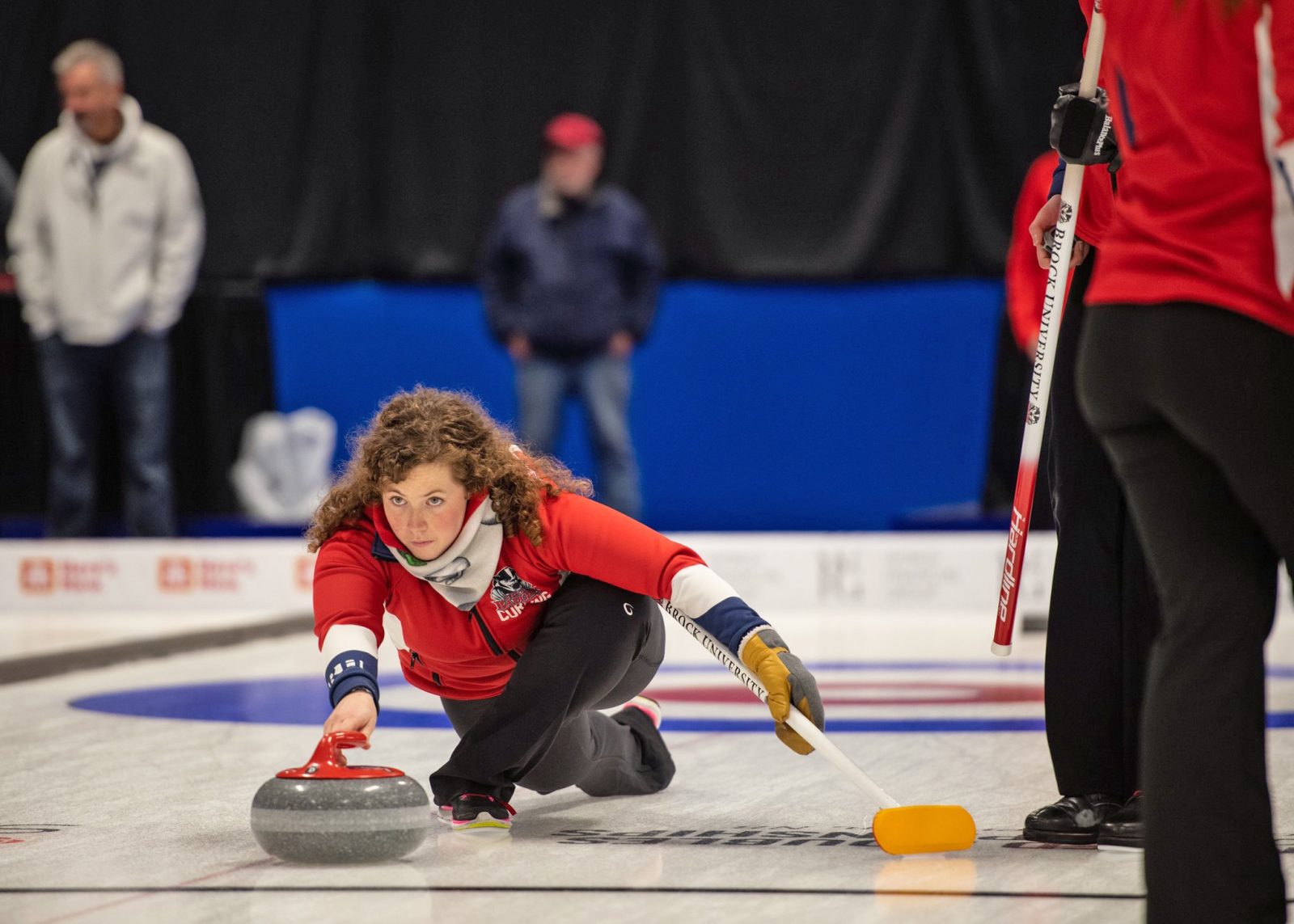 Senior skip Terri Weeks and the Brock women’s curling team opened the U SPORTS national curling championships with a 8-3 win over Laurentian in Fredericton on Friday, March 15.

Brock University is the only Ontario school with both a men’s and women’s team hitting the ice at the national curling championships.

This is the second consecutive season both Badger squads are competing in the U SPORTS championships, which began Friday, March 15 and run until Tuesday, March 19 at Willie O’Ree Place in Fredericton, N.B.

Head coach Murray Etherington said he’s done everything he can to properly prepare them for five days of competition.

“I always have anxious and nervous feelings before any competition, especially before nationals,” said Etherington. “It’s the little things that separate the top teams from the rest. Everyone is technically sound, but the top teams pick up on the speed and curl of the ice and trust what they see. The top teams seem to take advantage of the other team’s misses.”

The women’s team, which won a bronze medal at last season’s nationals, is skipped by Terri Weeks, a senior Kinesiology student from McDougall, Ont.

Both teams are coming off strong performances at the OUA championships where the men’s team earned a silver medal versus Carleton while the women’s team defeated Lakehead 7-3 to win bronze.

“Our focus leading up to U SPORTS was on gaining experience and playing different positions, team communication and taking advantage of opportunities,” said Heywood. “These are talented players that execute really well. I’ve seen their communication improve game by game.”

“Our team building has been exceptional this season,” Waters said. “We’ve found our rhythm and are eager for this challenge.”

CBC will livestream various games from all championships during the preliminary rounds as well as several finals.

You can watch at cbcsports.ca or via the CBC Sports app for iOS and Android.

Draw results and event information for all three championships are available at www.curling.ca.

“For our Badger men or women to medal we have to limit our unforced errors, make our shots when the opposition does miss and read the ice quicker,” said Etherington. “Lastly, focus on what we can control and trust our abilities.”