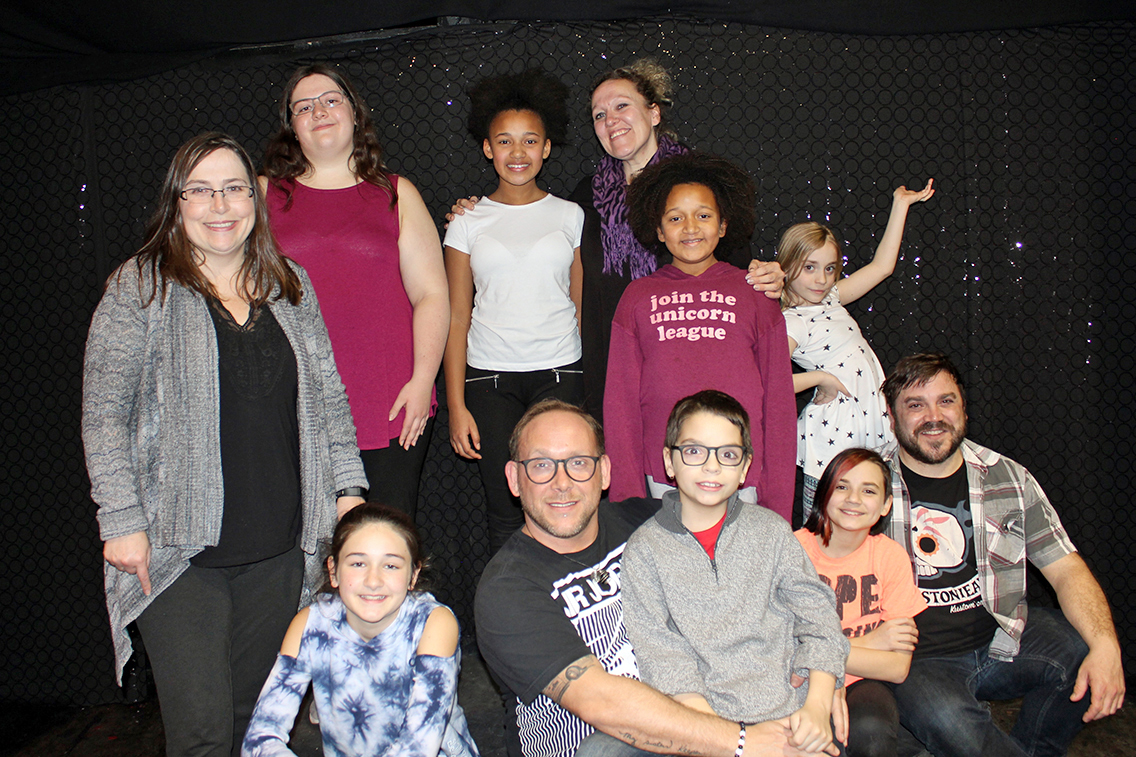 Dawn Zinga, Professor of Child and Youth Studies and Acting Associate Dean of Social Sciences, Graduate Studies and Research, (far left) is pictured with the cast of Broadway Dreamers.

Every parent of an active child has spent hours waiting on the sidelines of a team practice or in the wings at a rehearsal.

For some, it’s a time to catch up on reading and correspondence — or just a rare opportunity to tune out. But for Dawn Zinga, Professor of Child and Youth Studies and Acting Associate Dean of Social Sciences, Graduate Studies and Research, that time spawned a new research project. 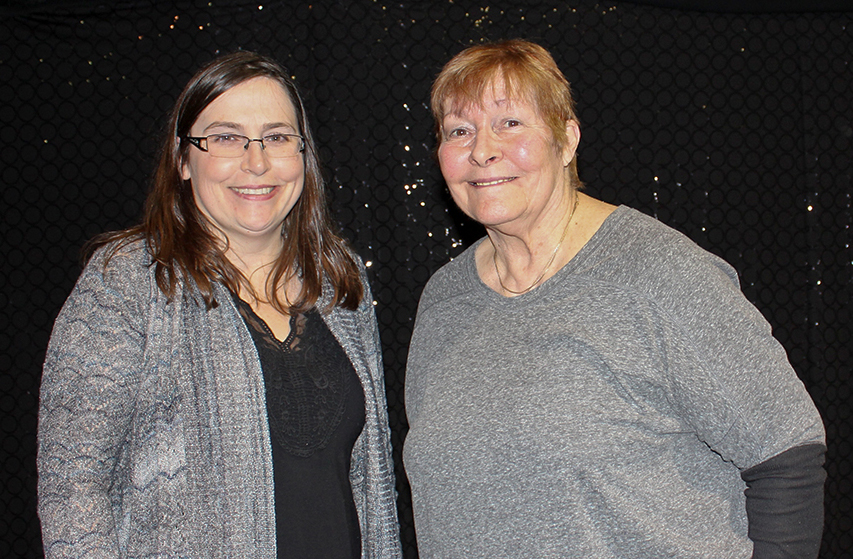 As the parent of two daughters involved in community theatre and dance, Zinga has spent her fair share of time at rehearsals. Instead of just waiting passively for her kids, Zinga drew inspiration to develop a research project and create a new theatre production.

The research idea took hold in 2016 as she watched her youngest daughter, Sarah, perform in a Hamilton Theatre Incorporated (HTI) production of Showstoppers.

“As is true of most community theatres, volunteers are the heart and soul of the organization,” says Zinga. “I ended up volunteering as a ‘child wrangler,’ which seemed a fitting application of my child and youth experience.

“I started thinking about how children and youth have been conceptualized in Broadway musicals over the ages,” she says. “I wondered if we could develop a production that explored that idea.”

Other than her work as a volunteer, Zinga had no prior theatre experience, so part of her research included how to stage a production.

Zinga’s child-wrangling skills were called on again the following year when Sarah was cast in another HTI production. No longer a complete novice, Zinga now felt she could approach the show’s creator and director, Sharon Reynolds, to pitch her idea for a new production. Reynolds was intrigued.

The two began researching Broadway musicals. They selected songs that reflected “the conceptualization of children and youth, parent-child relationships, families and growing up,” says Zinga.

Throughout their time collaborating, Reynolds continued to be involved in other productions for HTI, including High School Musical, which featured another of Zinga’s daughters, 18-year-old Victoria.

In the end, 31 musical numbers were selected to become part of what is now known as Broadway Dreamers. HTI agreed to add the show to its 2018-19 season and planning began in earnest to stage the production. Auditions took place in October 2018.

Broadway Dreamers is truly a family affair. Zinga’s daughters Victoria and Sarah are among the cast of 19 children and youth, along with four adults.

“Ironically, the cast includes four families with multiple participating family members. Three of the adults have at least one child also in the cast,” says Zinga. “This adds an additional dynamic to a production that includes a focus on parent-child relationships.”

Until now, Zinga’s research focused on students’ experiences within educational settings, Indigenous education and pedagogies, and young competitive dancers’ experiences. She says her promotion to full professor gave her “the courage to try something completely different.”

The project has been supported financially by a Brock Social Sciences and Humanities Research Council of Canada Institutional Grant.

Broadway Dreamers is set to open on Friday, Feb. 15 and run through to March 2 at 140 McNab St. N. in Hamilton. Information on tickets and showtimes is available on the HTI website.