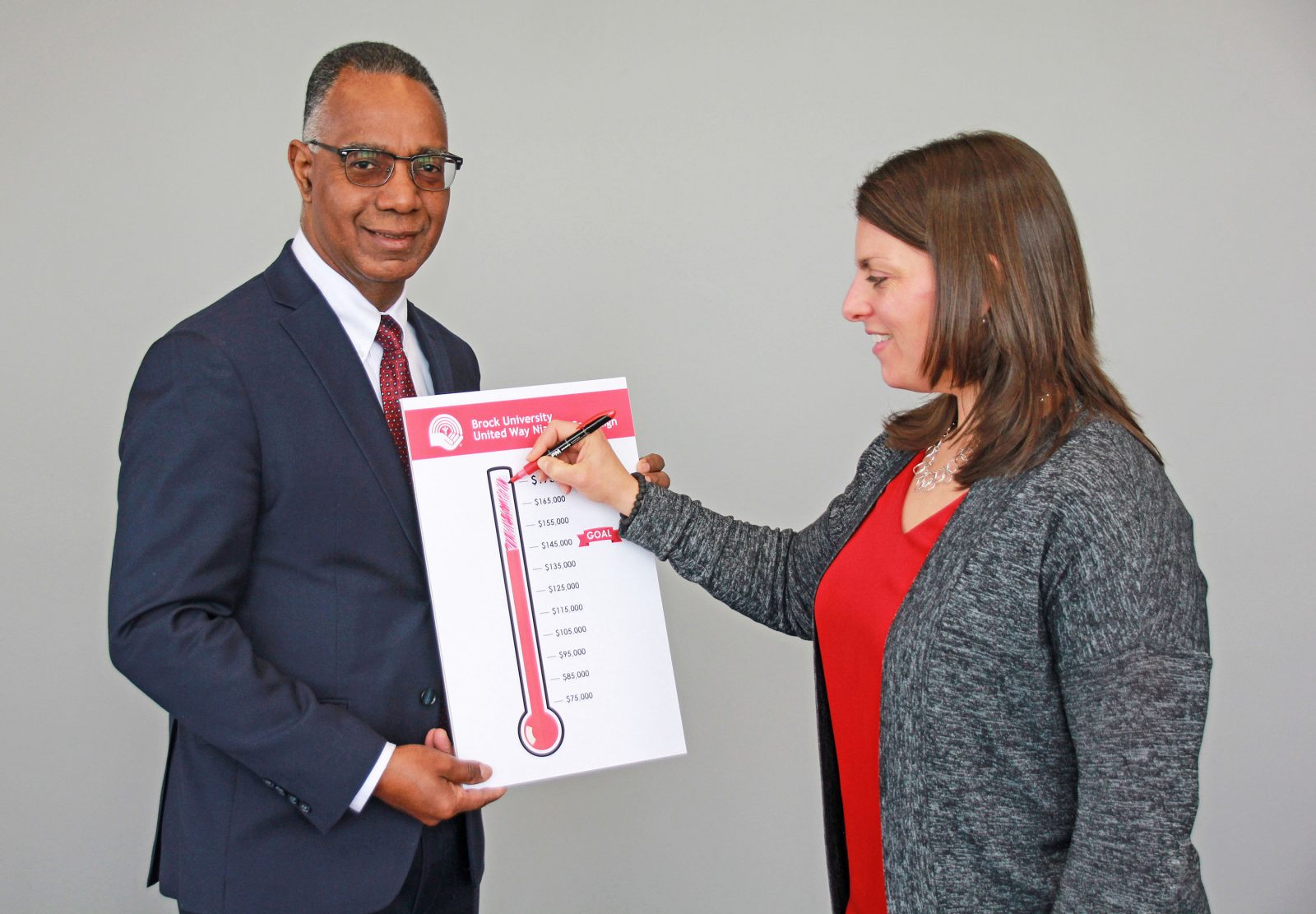 “It was a bit ambitious, but with the team of volunteers we had on board, combined with the generosity of the Brock community, I thought it could be achievable,” said Howe, Associate Director of Experiential Education.

When the results came in earlier this month, she was overwhelmed with excitement. Brock University faculty and staff collaboratively donated $180,000 to United Way Niagara — the largest amount the University has ever raised for the local charity.

“I knew that if we set our sights high, we could eventually reach our goals, but I never expected this,” she said. “It’s absolutely amazing.”

When Howe told President Gervan Fearon the news, he expressed how personally gratifying it is to be a member of the Brock University community.

“Brock is made up of caring and compassionate individuals who recognize our significant role and capacity to contribute to the betterment of Niagara,” he said. “More than 265 faculty and staff made a personal decision to offer some of their income in assistance of others. I’m proud to be a part of a community that cares about improving our collective quality of life.”

Fearon believes that a startling statistic he shared in a United Way campaign video resonated with many individuals.

“With one-third of the Niagara population using a United Way-funded program in their lifetime, the people we’re helping can very well be our neighbours, family members, friends and colleagues,” he said. “I think people took this to heart and have genuine concern for others.”

Howe is thankful to the Brock community of donors and volunteers for their continued generosity and increasing support.

“Not only do I want to thank our donors for their outstanding contributions, but I want to thank our committee members, including my faculty co-chair, Lynn McCleary. Without this dedicated group of volunteers, the campaign would not have been nearly as successful as it was.”

Brock University has a long history of supporting United Way. Since 2003, the University community has raised more than $1.9 million.

Employees still wishing to make a donation to Brock’s United Way campaign can donate online or email Howe for a paper pledge form.

More information on the University’s United Way fundraising campaign can be found on SharePoint.