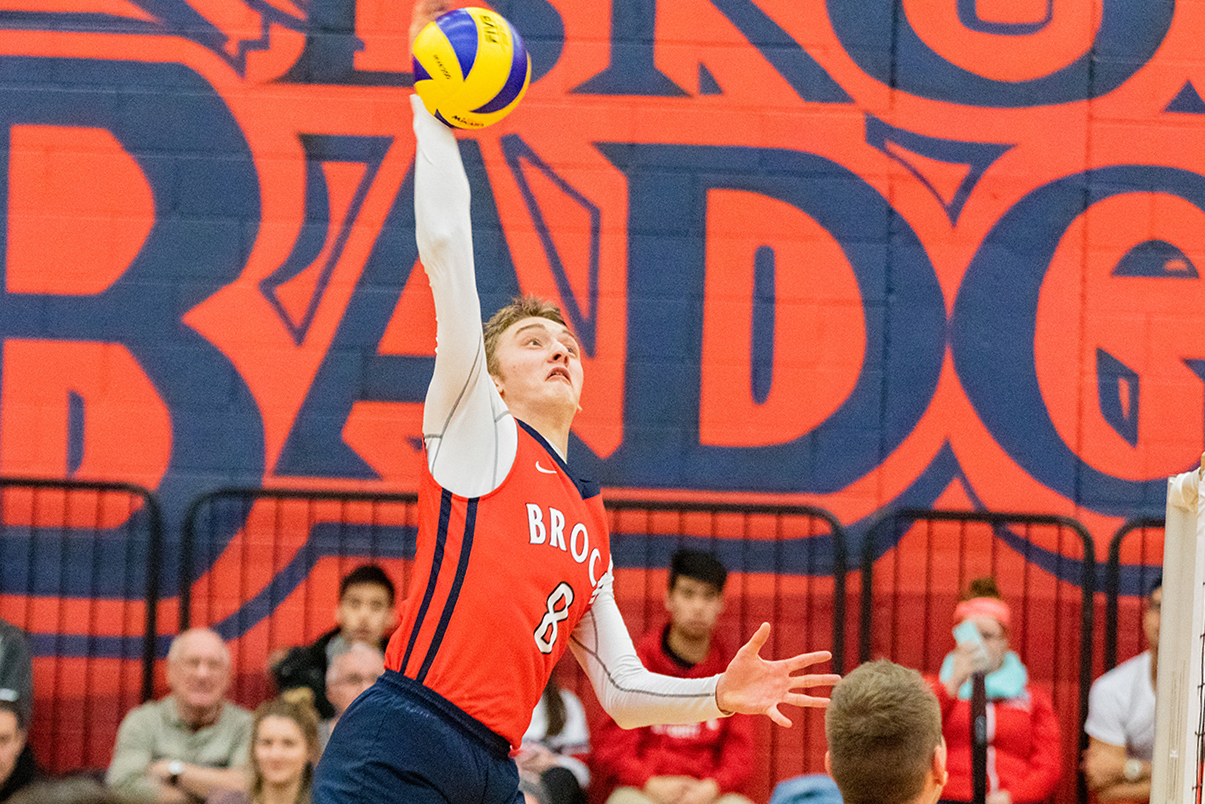 Logan House is pictured during a recent Brock men’s volleyball game. The Badgers will host a Polish pro team during an international friendly game at Bob Davis Gymnasium on Thursday, Jan. 10 at 7 p.m.

A Polish pro volleyball team, Jastrzębski Węgiel, is touring Ontario and will stop in St. Catharines to play the Brock University men’s team in a friendly match.

“Any time you can be involved in an international match, it is a great experience,” said Brock head coach Doug Hanes. “This team is an elite team from the top volleyball academy in Poland that sends numerous players to their national team. Poland is currently two-time defending World Champions.”

The Badgers battle the Polish pro team at Bob Davis Gymnasium on Thursday, Jan. 10 at 7 p.m.

“I want our players to use this match to get sharper, to be ready to play on Saturday and Sunday against Western and Windsor,” said Hanes. “Events like this are great for the promotion of volleyball, so any time we have a chance we should take advantage of the opportunity.”

The Badgers then play back-to-back home games versus Western (Saturday, Jan. 12 at 4 p.m.) and Windsor (Sunday, Jan. 13 at 3 p.m.). On Sunday against Windsor, the Jason Pearson Memorial Scholarship will be presented to one of the members of the men’s volleyball team prior to the game.

Prior to tipoff, Brock will honour former Badger Jason Pearson, a student-athlete who tragically lost his life in 2001. The Jason Pearson Memorial scholarship will be awarded to a member of the Brock men’s volleyball team. In addition to their athletic and academic ability, the recipient exhibits the same warmth of personality, concern for others and positive attitude for life as Jason Pearson.

Tickets for Brock Badgers home games can be purchased on brocku.universitytickets.com.