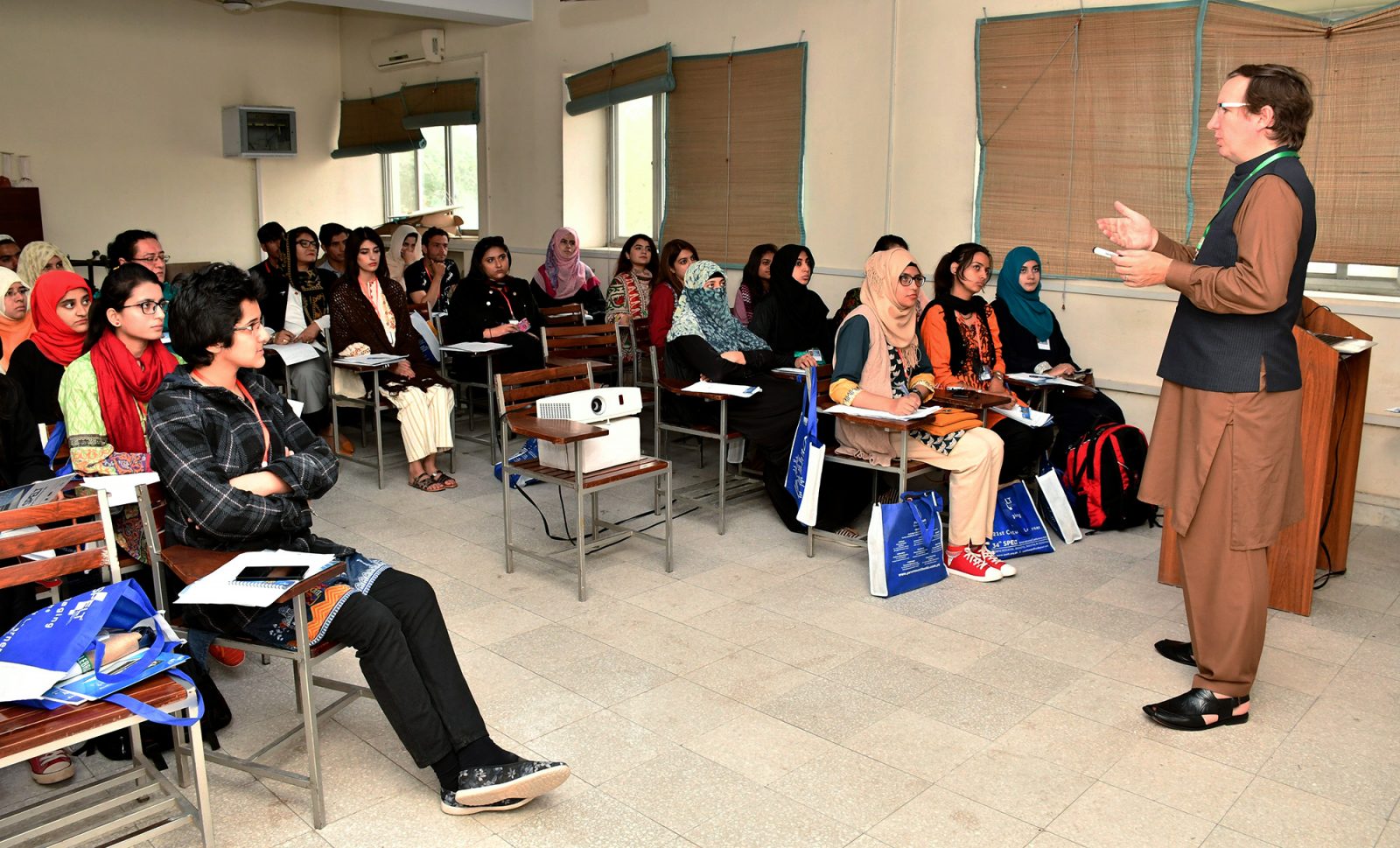 A recent conference in Pakistan allowed Applied Linguistics Professor Ron Thomson to share insight into issues of language and identity, while also taking in some eye-opening experiences in the country he once called home.

The graduate program director in Brock’s Department of Applied Linguistics was one of several international presenters who participated in a travelling conference hosted by the Society of Pakistan English Language Teachers (SPELT) Nov. 3 to 12. The innovative conference model addresses challenges faced by SPELT’s members who might not be able to attend a single-location event.

The barriers are not just financial.

“There’s also a gender issue,” Thomson says. “Given Muslim and cultural sensitivities in Pakistan, women don’t generally travel around the way they do in Canada. So, the fact that SPELT is held in multiple cities allows them to have the same quality experience, at least in terms of the keynote addresses.”

The SPELT conference represents the first time Thomson has spoken about his work in an “outer circle” country — one where English is a lingua franca, or common language adopted to bridge communication gaps among speakers of other native languages. With more than 100 languages spoken in Pakistan, many people learn to speak English proficiently in school but retain their distinct local accents and dialects. 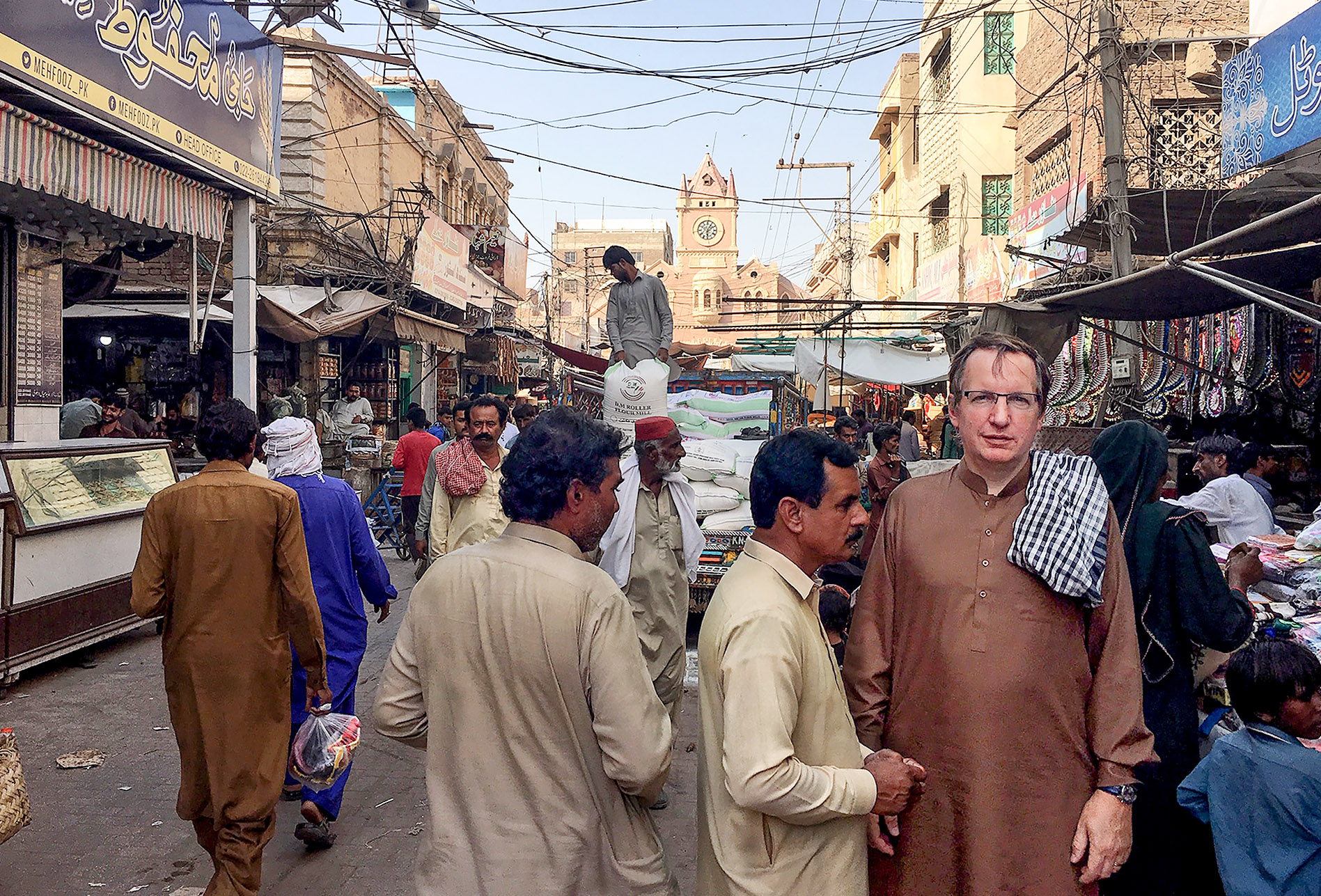 Between conference presentations in Pakistan, Applied Linguistics Professor Ron Thomson visited the place he lived as a teenager.

Thomson spoke about issues of language, identity and pronunciation, and the role of pronunciation instruction in a place like Pakistan.

In Canada, he says, a survey found that 95 per cent of immigrants would happily “take a magic pill that would instantly make them sound like a Canadian.” But in Pakistan, where people’s “local identity involves a particular way of pronouncing English,” a similar survey of English speakers found the opposite.

The lack of a national standard of English pronunciation in Pakistan “has significant consequences in terms of communication, both internally and externally,” he says.

When people are speaking in their own communities, those local accents and dialects are fine, says Thomson, but they give people “a disadvantage if they’re speaking with the outside world. There are issues around intelligibility.”

Most teachers of English in Pakistan and even in Canada don’t understand the way second-language pronunciation develops, he says. “Some people think you can teach accents away. That’s actually impossible.”

According to Thomson, adult learners of a language, “no matter how hard they try,”  will never sound like native speakers. English speakers in Pakistan will always sound distinctly Pakistani.

Before leaving for the SPELT conference, Thomson, who speaks some Urdu, asked one of his Pakistani students to help draft an introduction to his talk.

“When I started my talks in Urdu, I couldn’t get a full sentence out and the audience was cheering,” he says. “And then I’d say the next thing and they would cheer. They were so honoured that someone was trying to speak their language. This really caught me off-guard.  I wish we were as receptive to those who make the effort to learn English.”

At one of the conference locations, Thomson billeted with a former graduate student, Sadia Asif (MA ’12), and later spoke at her current university. During his stay, the two hatched plans to conduct some survey research looking at pronunciation learning and teaching in Pakistan. 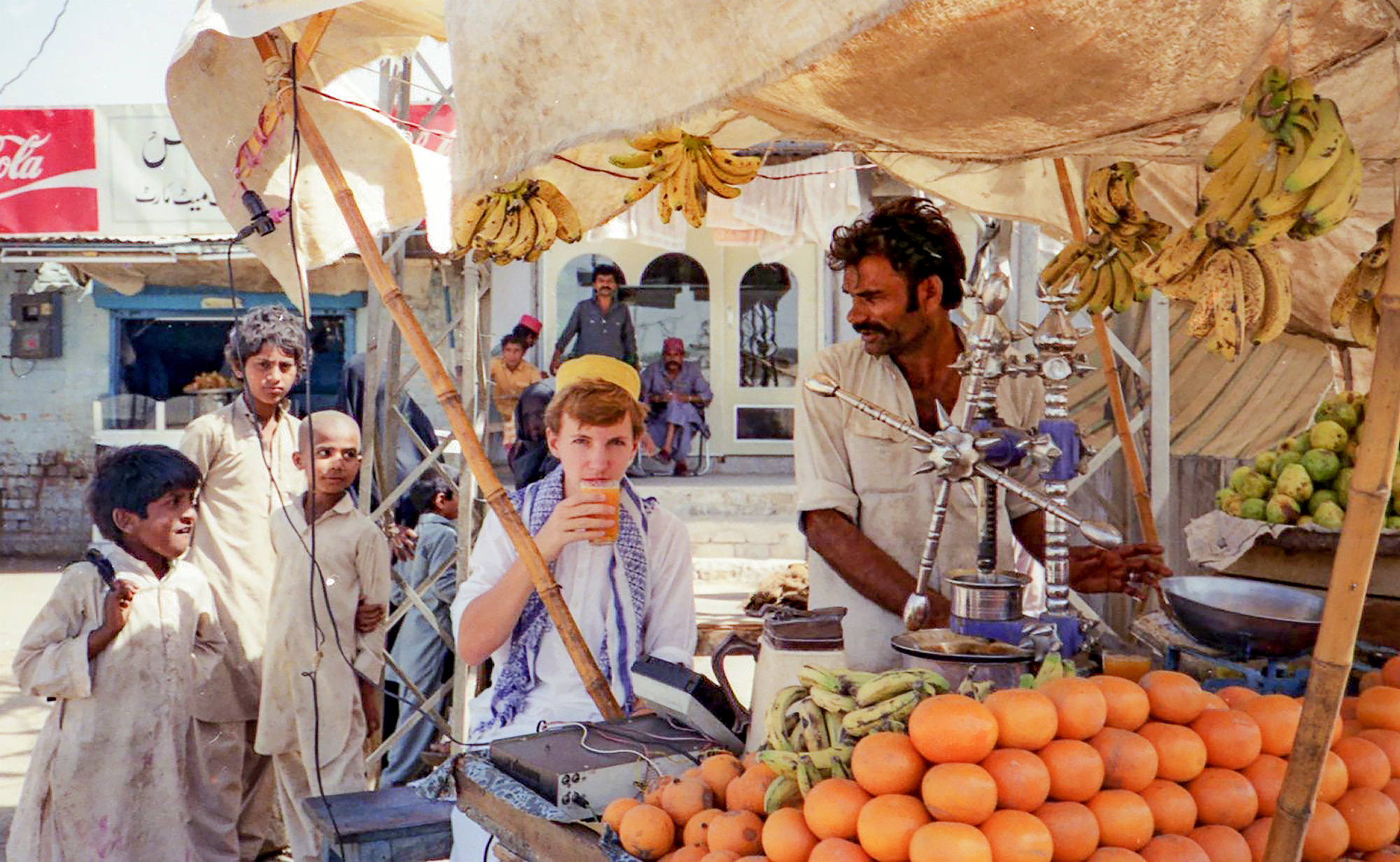 Applied Linguistics Professor Ron Thomson’s recent trip to Pakistan brought back memories of his time living there as a teenager.

Thomson also visited the slum where he lived as a teenager with his parents and siblings. Although he had been gone for decades, his former neighbours were delighted to see him.

“I went on with my life. I grew up and came back to Canada. I had the opportunity of coming and living the life that I have here,” he says. “There’s been so much pain and suffering in the lives of many of the people that I met and yet there was no sense of being jealous. Just that ‘this is our friend who has returned.’

“I think that side trip had a profound effect on me,” says Thomson.

“It was exhausting,” he says, “but if someone’s going to pack up and go somewhere, to the extent it’s possible, it makes sense to make the most of your time.”