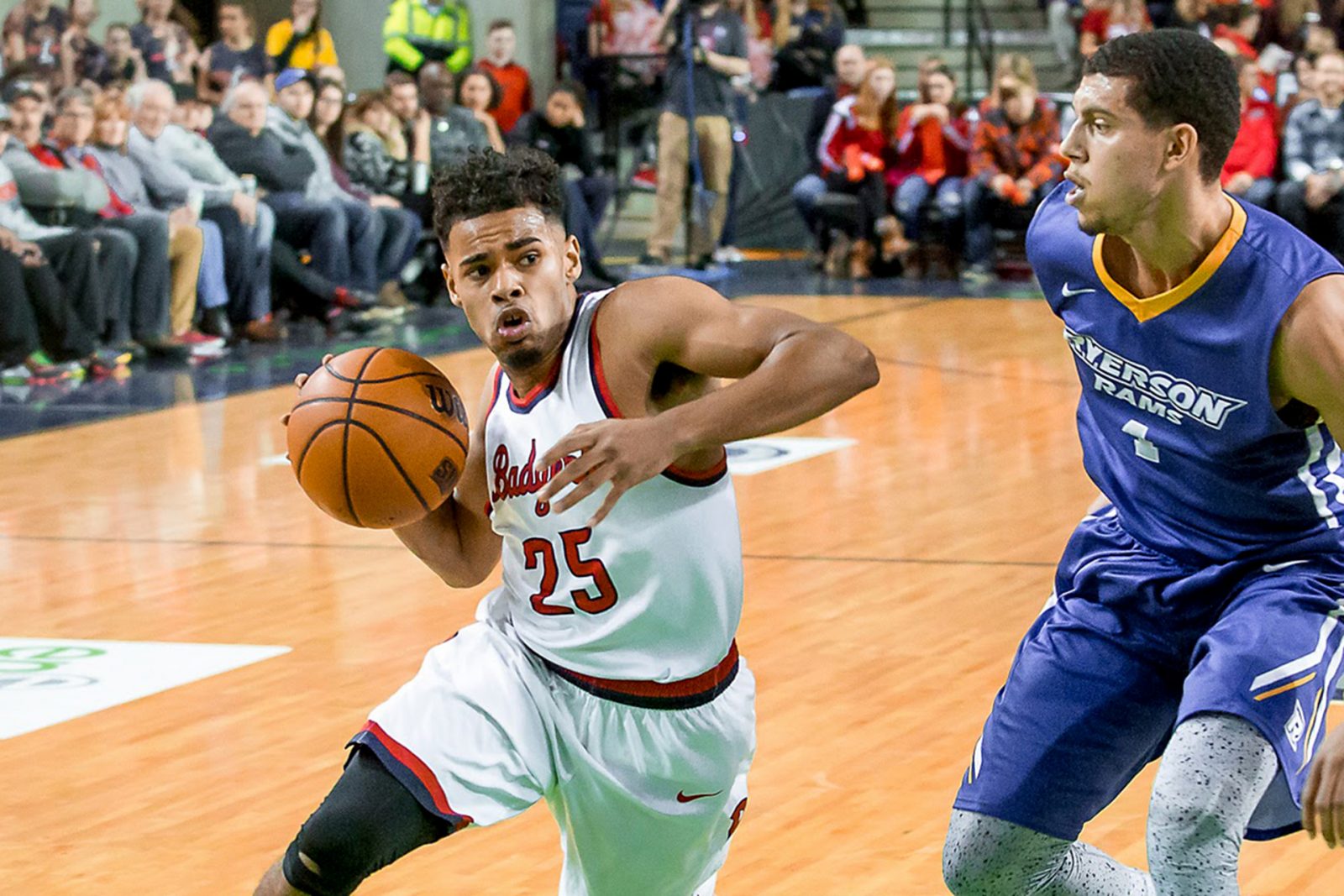 Brock Badgers guard Tyler Brown is pictured during a previous game against the Ryerson Rams at the Meridian Centre. The Badgers and Rams will clash again this Saturday, Nov. 17 in downtown St. Catharines.

Two university basketball rivals will battle once again Saturday on the biggest stage in Niagara.

The Brock Badgers men’s and women’s basketball teams will take on the Ryerson Rams in a doubleheader at the Meridian Centre in St. Catharines Saturday, Nov. 17. The 2-3 Badgers women will face the undefeated 5-0 Rams at 6 p.m. while the 4-1 Badgers men will face the 5-0 Rams men’s team at 8 p.m.

Badgers men’s head coach Madhav Trivedi says it will be a good test for his team against the No. 2 team in Canada.

“We’re playing one of the best teams in the country on home soil, so it’s going to be exciting,” said Trivedi. “When you play in a bigger venue, that college hoops atmosphere really comes out. Brock University and this event is proof of how far we’ve come in Canada with university basketball. The fans from Brock and the fans Ryerson brings with them are tremendous for our sport.”

The Rams lead the OUA in field goal percentage (52.1 per cent), rebounds (47.2 per game) and points per game (95.6). Brock is right behind Ryerson in all of these categories and the Badgers lead the league in three-point percentage (39.5 per cent).

“Every game we play is important. It’s an opportunity to for us to get better,” said Trivedi. “We get to see where we measure up every game.”

The women will also have a big test against the Rams after winning back-to-back games on the road last weekend.

“We’re looking forward to playing in an unbelievable venue. I would like our players to take in as much of the day and game as possible,” said women’s head coach Mike Rao. “We are very fortunate to have this opportunity. We’ll put forth our best effort and that’s all I can ask.”

The Rams will be challenged in defending Brock’s dynamic guard Melissa Tatti, who is fourth in the OUA with 19.6 points per game, and rebound machine Courtney McPherson (7.6 rebounds per game).

Tickets for the doubleheader are on sale on Ticketmaster online with prices set at $15 for adults, $10 for students and seniors, and $8 for kids 12 and under. Limited courtside seats are available for $35. For every student ticket sold, $1 will be donated to the Brock University Students’ Union Food First Program, an on-campus food bank supporting undergraduate and graduate students.

Doors for Saturday’s games will open at 5 p.m. and the first 500 fans into the Meridian Centre will receive a free Brock Badgers T-shirt.