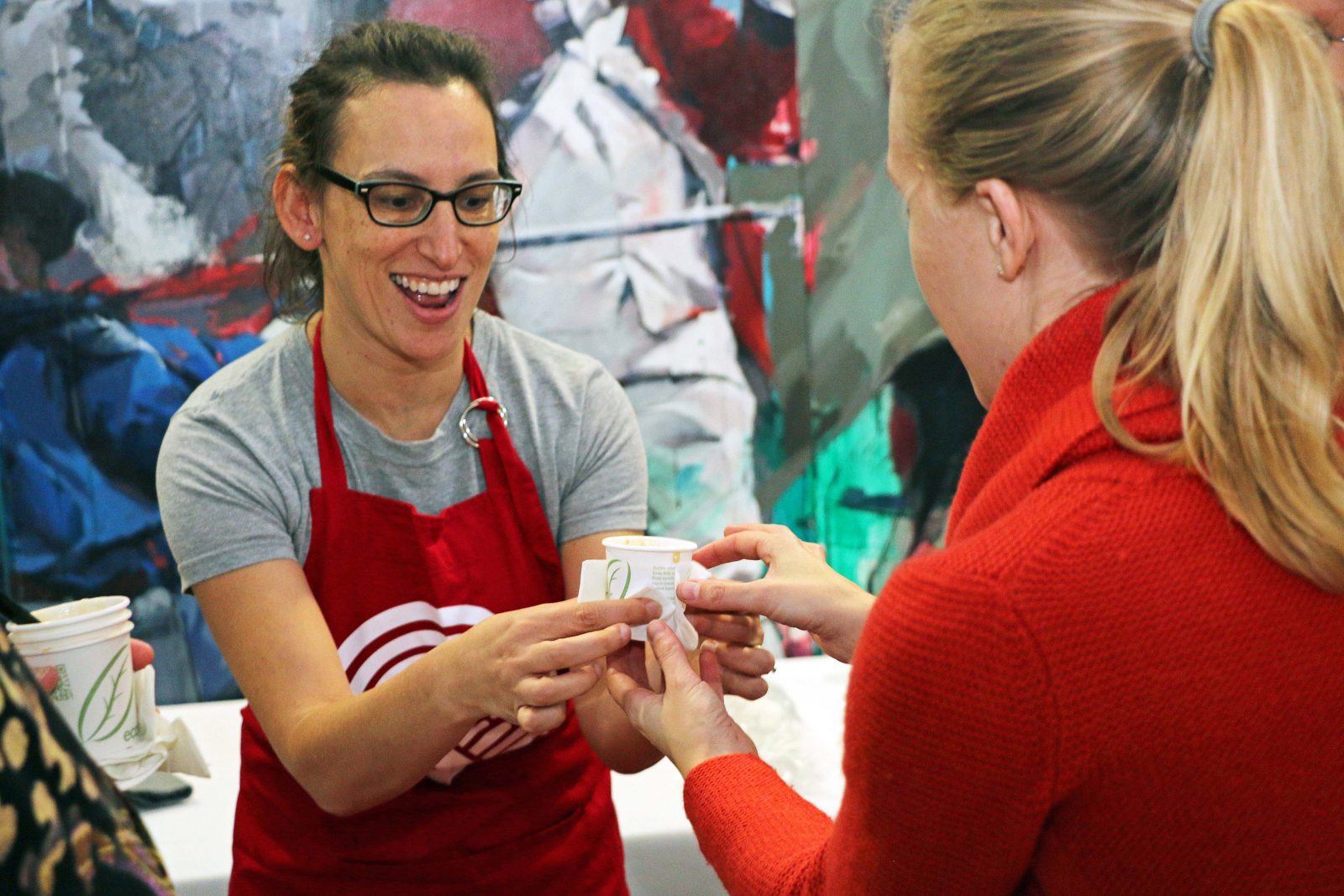 Neta Gordon, Associate Dean, Undergraduate Student Affairs and Curriculum, Faculty of Humanities, was one of several deans who served soup at the Souper Star Lunch and Campaign Kickoff for United Way.

The soup was hot and the enthusiasm high Tuesday during Brock’s annual Souper Star Lunch and 2018 United Way campaign kick-off.

It was the Faculty of Social Sciences that ultimately claimed victory in the friendly competition that pairs Faculty deans with Sodexo chefs, who whip up mouthwatering soups in support of United Way Niagara. 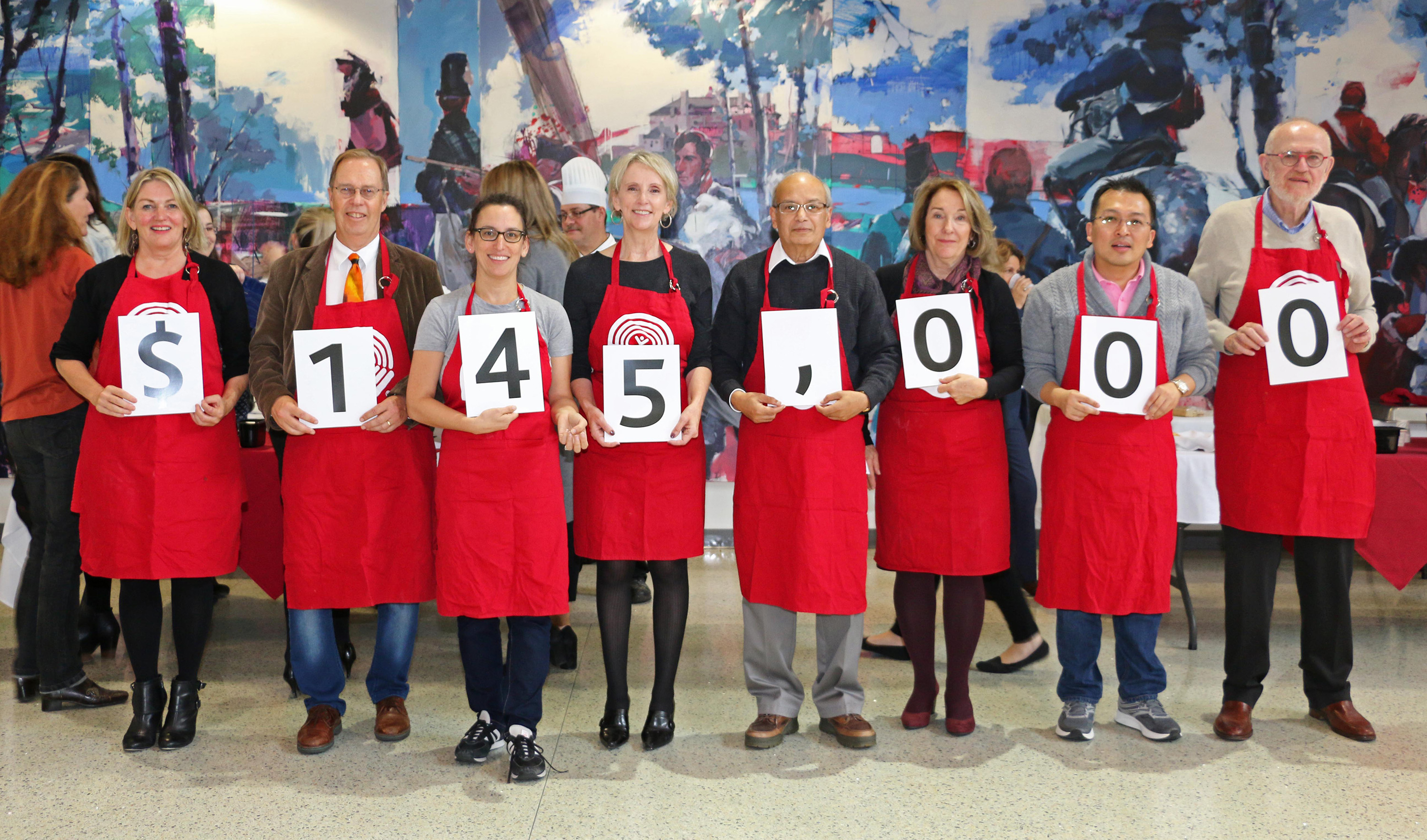 Sodexo chef Jim Harper was the culinary mastermind behind the award-winning sweet potato chowder, which delighted the palates of the close to 200 faculty and staff who attended the sold-out fundraiser.

“I always love the Souper Star Lunch because the entire campus community comes together to bring great energy and awareness to the start of the campaign — and the soup is always delicious,” said Sandy Howe, Brock’s United Way Committee Co-Chair. “I am really looking forward to the United Way amalgamating into United Way Niagara for the first time, and with that, seeing the Brock community rally around this as a means of providing critical support to our local community.”

This year marks the first campaign for United Way Niagara — an amalgamation of three organizations that supports more than 163,000 people from Fort Erie to Grimsby. At United Way Niagara’s inaugural kickoff event last week, they announced a $5-million goal for the region.

Brock’s United Way committee also announced its own fundraising goal for the year at the Souper Star Lunch, striving to raise $145,000. They encouraged employees to fill out their payroll contribution pledge forms and return them to Human Resources to help achieve or surpass that objective this year.

President Gervan Fearon applauded Brock for its support of the campaign.

“It’s outstanding that the entire Brock community is standing behind the United Way in terms of their volunteerism, their donations and their commitment to community building, which is the hallmark of what the United Way does,” he said.

One in three individuals in the region are recipients of some of the services provided through United Way-funded agencies.

“As a result,” Fearon said, “contributing to the United Way means that we’re likely helping someone we know and it’s a great opportunity to make a contribution to the betterment of others across the region.” 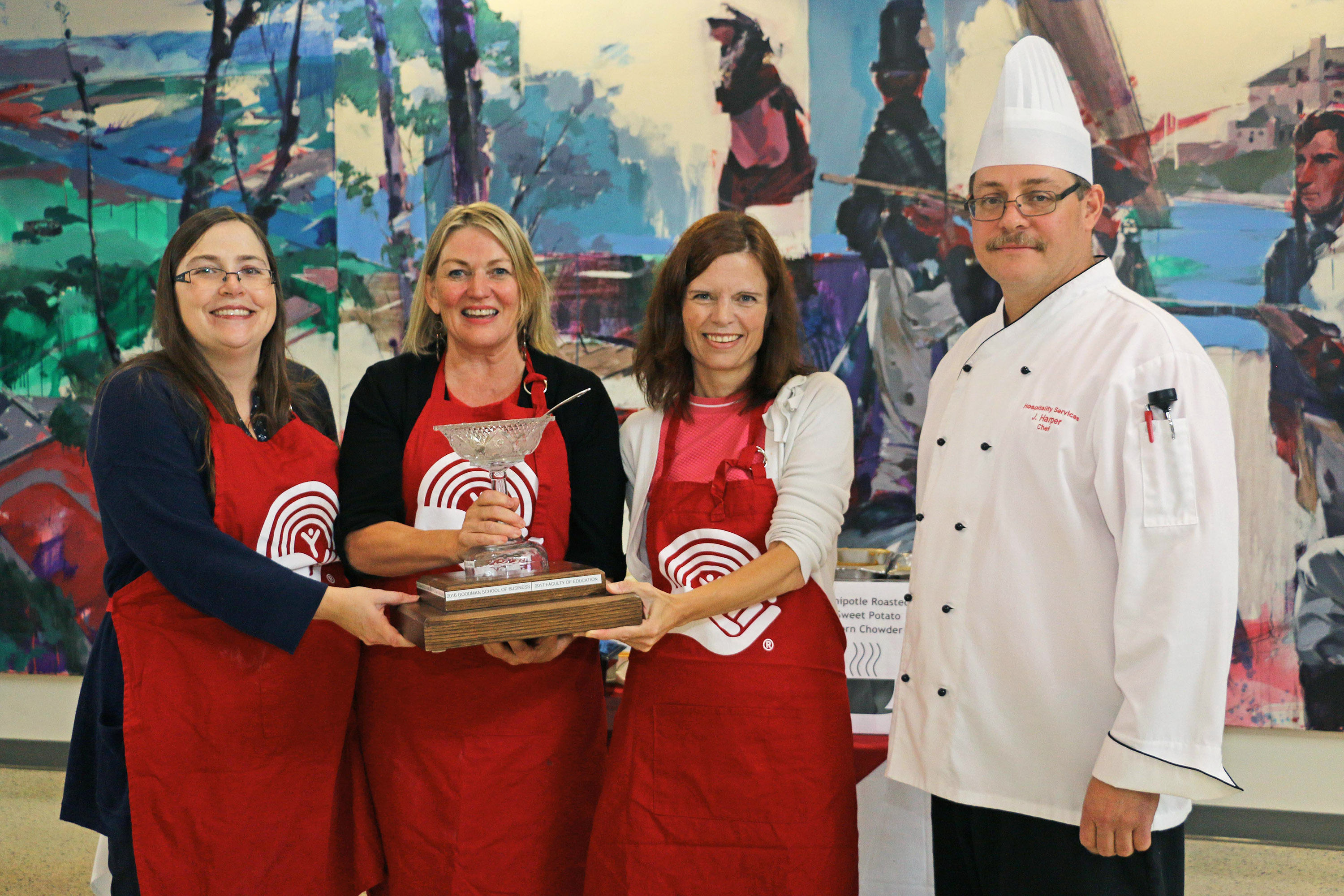 Donations help the United Way spearhead initiatives that aim to move people out of poverty, encourage children and youth to reach their full potential and enhance the quality of life of adults with disabilities and those in crisis.

About 50 per cent of funds raised for these programs come from employee payroll contribution campaigns like Brock’s.

The 2017 campaign was a tremendous success, with 15 per cent of faculty and staff participating and raising an all-time high of $160,317.

Over the past 15 years, the Brock University community has raised more than $1.7 million for United Way.

Howe is confident the continued support of faculty and staff will propel the campaign’s success even further this year.

“I know that we have the ability to emerge as one of the top three campaigns across the entire region and I’m grateful for everyone who contributes to making that leadership possible for us,” she said.

Following the Souper Star event, a flag-raising ceremony was held in front of Brock University in support of United Way. The organization’s flag will fly for a week in the field in front of Schmon Tower.

The Souper Star Lunch is first of several activities that will support the United Way during the Brock campaign, which means “each member of the University can do their part by finding a way to make a contribution,” Fearon said.

The campaign runs until the end of November. Forms

Donations can be made online to the campaign, which runs until the end of November.