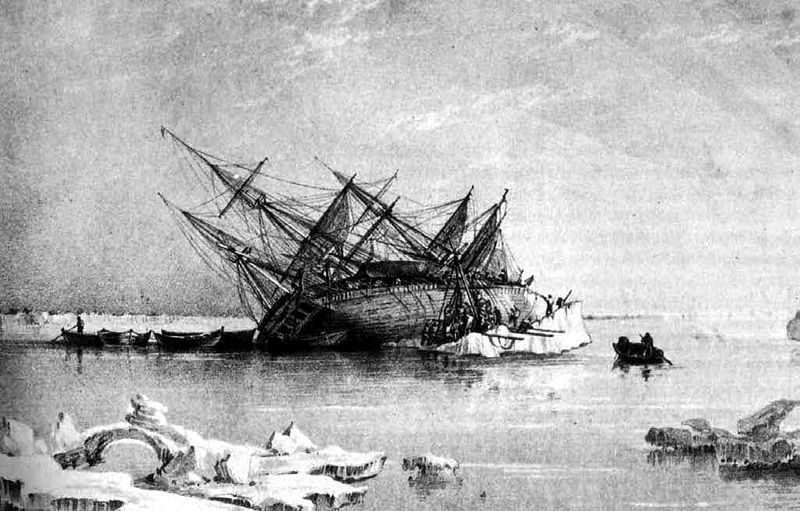 The HMS Terror, pictured in an 1837 engraving, was one of Sir John Franklin’s two ships that were lost in 1845. The ships were discovered in 2014 and 2016 in an archaeology project led by Parks Canada. Archaeologist Robert Park of the University of Waterloo will be speaking about the project in a free public lecture at Brock on Oct. 21.

Brock’s Department of Classics will celebrate Archaeology Day with a free public lecture on one of Canada’s most intriguing archaeological discoveries.

Archaeologist Robert Park will present “Dying to Explore: The Archaeology of John Franklin’s Last Expedition” at the University’s main campus on Sunday, Oct. 21 — the day following Archaeology Day — at 3 p.m.

Park, Professor of Anthropology and Associate Dean of Arts at University of Waterloo, has a special interest in the cultures of the Far North. He participated in the effort led by Parks Canada to find Franklin’s lost ships, HMS Erebus and HMS Terror. The two British naval vessels were lost during Franklin’s failed expedition through the Northwest Passage in the 1840s, and were found in 2014 and 2016.

Brock’s Classics Department has been partnering with the Niagara Peninsula Society of the Archaeological Institute of America (AIA) to host monthly public lectures since 1968. The series brings scholars from across North America to Brock to discuss topics related to archaeology, cultural heritage, and art and architecture.

The talks are held Sundays at 3 p.m. in Brock’s South Block.

For more information, contact the Department of Classics at 905-688-5550 x3575 or visit AIA Niagara on Facebook. The full schedule can also be found on the Classics Department website.

Jan. 27: Kelly Graf (Texas A&M University) “Peopling of Siberia, Beringia and the Americas from a Northern Perspective” in STH 217.

Feb. 10: Sarah Murray (University of Toronto) “Death of States and States of Death: Framing Mortuary Variability and Innovation in Postpalatial Greece” in STH 216.

March 24: Jordan Karsten (University of Wisconsin, Oshkosh) “Bones and Borscht: How Neolithic Human Remains from Ukraine are Enabling the Reconstruction of European Population History and Our Understanding of Ancient Warfare” in STH 217.