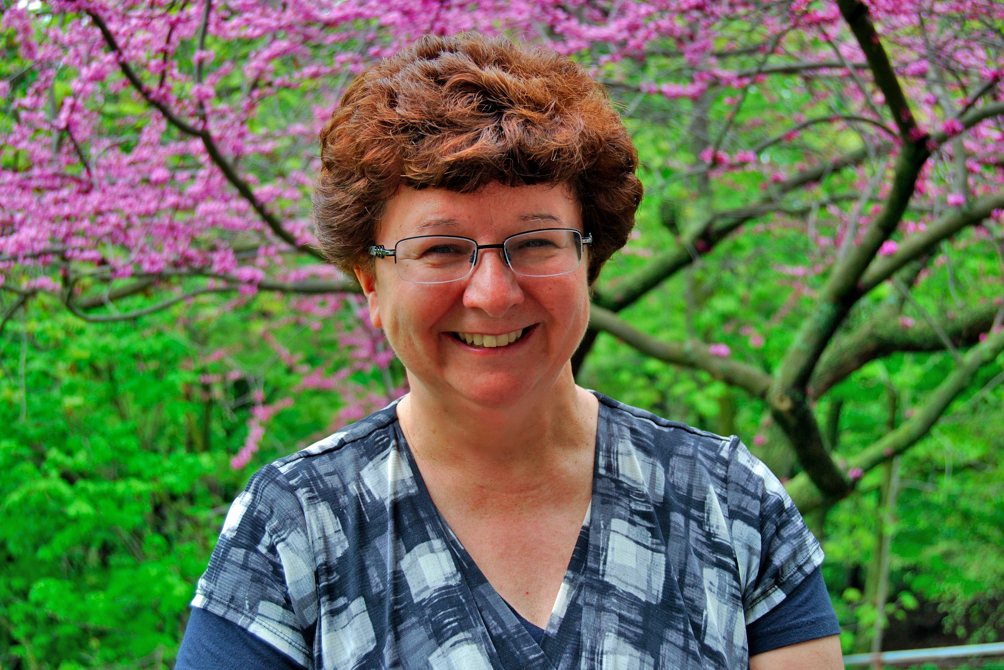 Marcie Jacklin will be Brock's first recipient of the Librarian Emeritus designation during the University's Fall Convocation ceremony on Friday, Oct. 12.

Following a 25-year career as a Brock librarian and researcher, Marcie Jacklin will be presented with the University’s first Librarian Emeritus designation at Fall Convocation on Friday, Oct. 12.

Although several other universities have bestowed the honorific title for years, this will be the first time Brock will be honouring its own. Changes made by Senate in 2017 to the University’s Faculty Handbook will allow the designation to be offered to every Librarian IV — the highest ranking a University librarian can hold — upon retirement.

During her 25 years at Brock, Jacklin pursued several areas of research such as active learning for library instruction as well as ways to increase connections to nature for seniors and young people.

Her passion for nature and birding led Jacklin to assist with the bibliography for the Niagara Natural Areas Inventory and contribute four chapters to Niagara Birds: A Compendium of articles and species accounts of the birds of the Niagara Region in Ontario.

In 2015, Jacklin received a grant from the Environmental Sustainability Research Centre to study the impact of installing bird feeders at a nursing home. Along with Brock PhD in Sustainability candidate Kerrie Pickering, Jacklin studied the wellness of residents before and after the exposure to bird feeders.

“We were overwhelmed by the positive impact this exposure to nature had on the residents, their families and staff,” she said.

Since retiring in June 2017, Jacklin has been focused on developing her passions. In addition to being involved as a community activist in Fort Erie, she remains an active bird watcher and has travelled to Africa within the past year to catch a glimpse of the continent’s feathered friends. She also plans to continue leading nature walks for Brock’s annual employee Wellness Day.

Although Jacklin is still involved with research in her retirement, the part she enjoyed most about her role as a librarian was instruction. In 2005, she developed an instruction program based on feedback from students and was able to report her findings in a scholarly journal article. As demands for her instruction program increased, she moved it online, and it became a regular part of the curriculum.

“I am grateful to the students who answered my surveys, as well as faculty and staff who partnered with me,” she said. “The collaborative learning environment turned my style of instruction and research in an entirely new direction.”

Jacklin is appreciative of her colleagues at the Library and the Environmental Sustainability Research Centre who supported the Librarian Emeritus distinction and encouraged her to purse her instruction activities and research interests.

She is thrilled to be Brock’s first honouree.

“I think it is a wonderful acknowledgment of the role that librarians play in enhancing the research skills of students and assisting faculty with their research, as well as the professional research that librarians at Brock are engaged in,” she said.