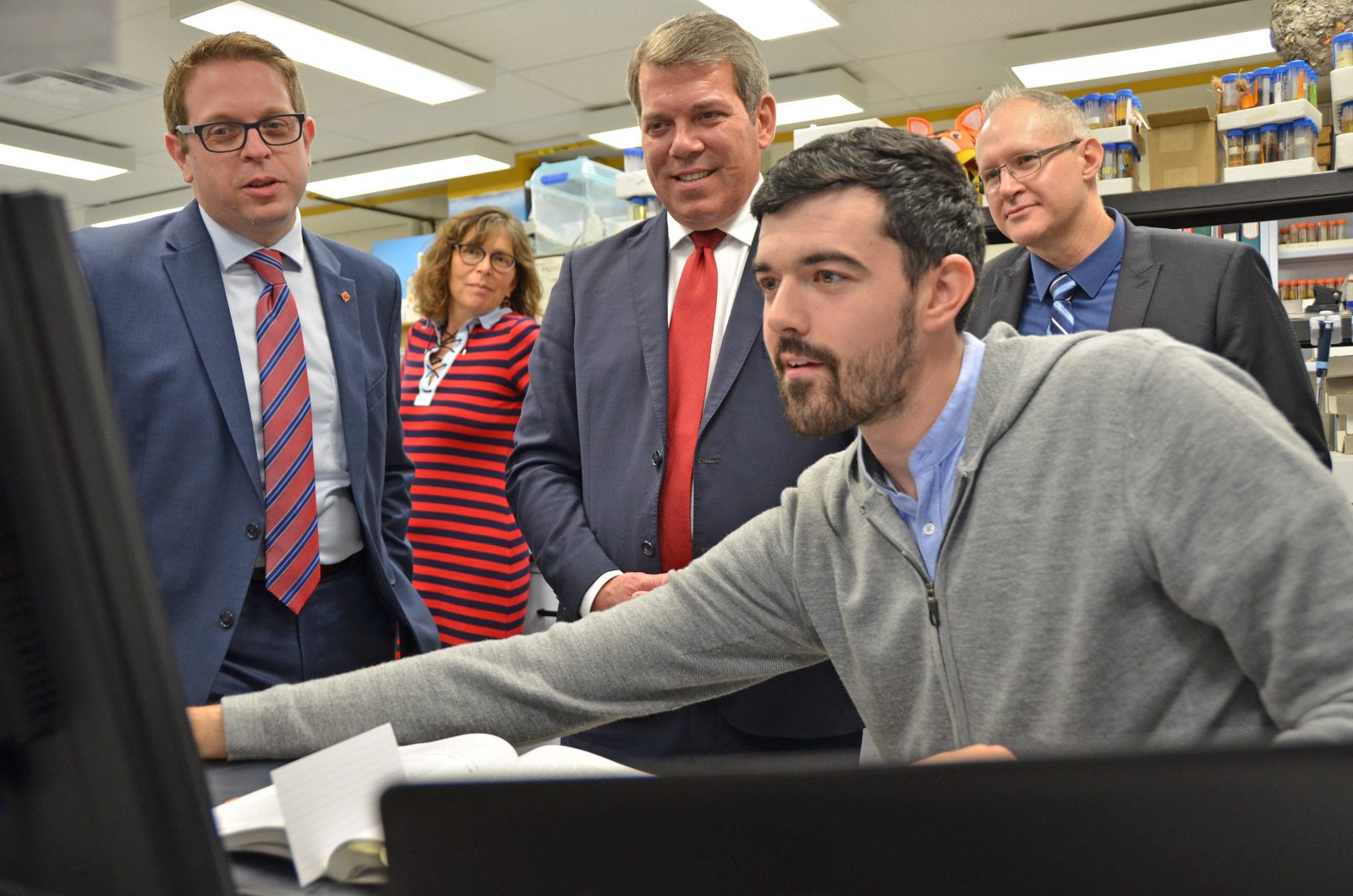 With a new Discovery Grant from the federal government, Brock University bee expert Miriam Richards is hoping to do what no other researcher has ever done.

Scientists often study an animal’s ability to survive to maturity, find a mate and produce offspring — shedding light on traits that will be passed onto future generations. That’s fairly straightforward with larger animals, but it gets complicated when the subject of study is a carpenter bee.

Biological Sciences Professor Richards studies what evolutionary biologists call “fitness,” or that ability to survive and reproduce. The higher the number of offspring, the higher the fitness level, ensuring that certain traits will be passed onto successive generations.

“We’re now marking every single individual carpenter bee in the population,” she says. “We’re looking at its behaviour, and then we’re going to use genetic methods to figure out which of those behaviours are the optimal or have the biggest payoff in terms of fitness.”

Richards is one of 18 faculty researchers, along with nine students, at Brock University receiving a total of $3.2 million in funding this year from NSERC. The funding was announced Tuesday, Oct. 9.

Brock Vice-President, Research, Tim Kenyon says he is impressed by the scope of areas receiving the NSERC funding.

“From the geological histories of Earth and Mars, to physiological processes in the body, to the application of molecular concepts, Brock researchers continue to discover and apply knowledge that advances society. We are proud of our researchers’ excellent work and commitment,” he says.

“We’re going to find out, for instance, if the big males that come out first and grab the best territories end up with the most babies, which they should do,” says Richards. “Among the females, are the big females that forage first the ones that end up with the most offspring as we predict, or is it the second or third female?”

To top up her Discovery Grant, NSERC awarded Richards with a Discovery Accelerator Supplement, awarded to researchers “who have a superior research program that is highly rated in terms of originality and innovation, and who show strong potential to become international leaders within their field,” says the NSERC site.

“Today’s investments are important to ensure that discovery and innovation are key parts of Canada’s scientific research,” said Bittle. “Results of this funding will demonstrate how knowledge can be harnessed to improve our wealth, our wellness and our well-being while also growing our economy.”

Badawey agreed, saying “Research and innovation at Brock University are helping create the next generation of jobs here in Niagara.”

“Funding such as this is instrumental to ensuring that academic advancements continue to be made, and that these insights can then be applied in a manner that benefits all Canadians,” he said.

The Discovery Grants Program supports ongoing programs of research with long-term goals rather than a single short-term project or collection of projects. These grants recognize the creativity and innovation that are at the heart of all research advances, says the site.