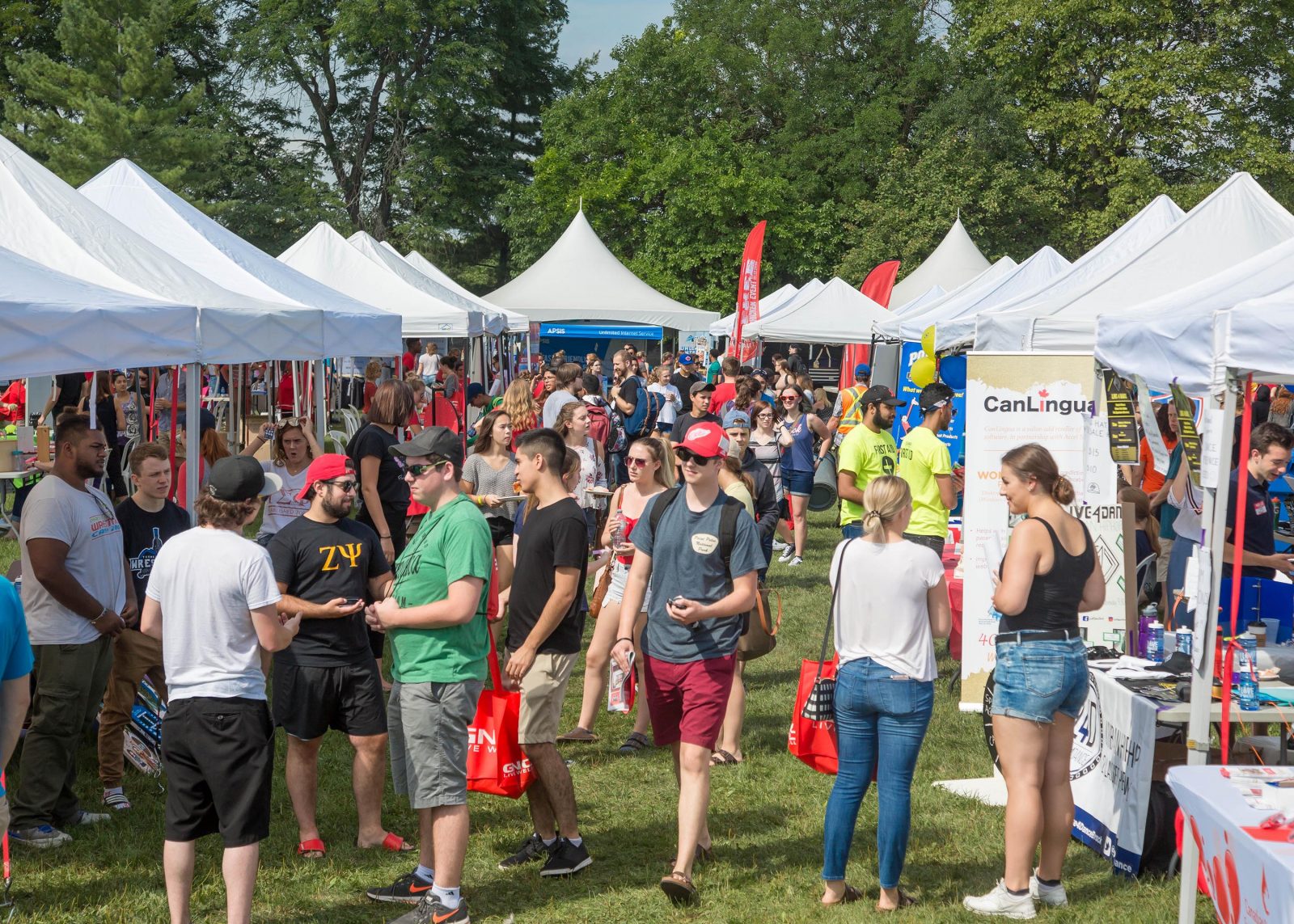 Call it reputation, call it success, but Brock University is starting the new school year with its largest incoming class in a decade, and its largest-ever enrolment.

More than 5,000 new students started the Fall Term at Brock Wednesday, Sept. 5, marking a six per cent increase over last year’s incoming class. Brock’s 2018-19 total fall enrolment is projected to be more than 19,100 students — the largest in the school’s 54-year history.

The incoming undergraduate class is the second largest since the double cohort year in 2003, when a massive influx of students headed to university as the result of the elimination of the fifth year of high school. 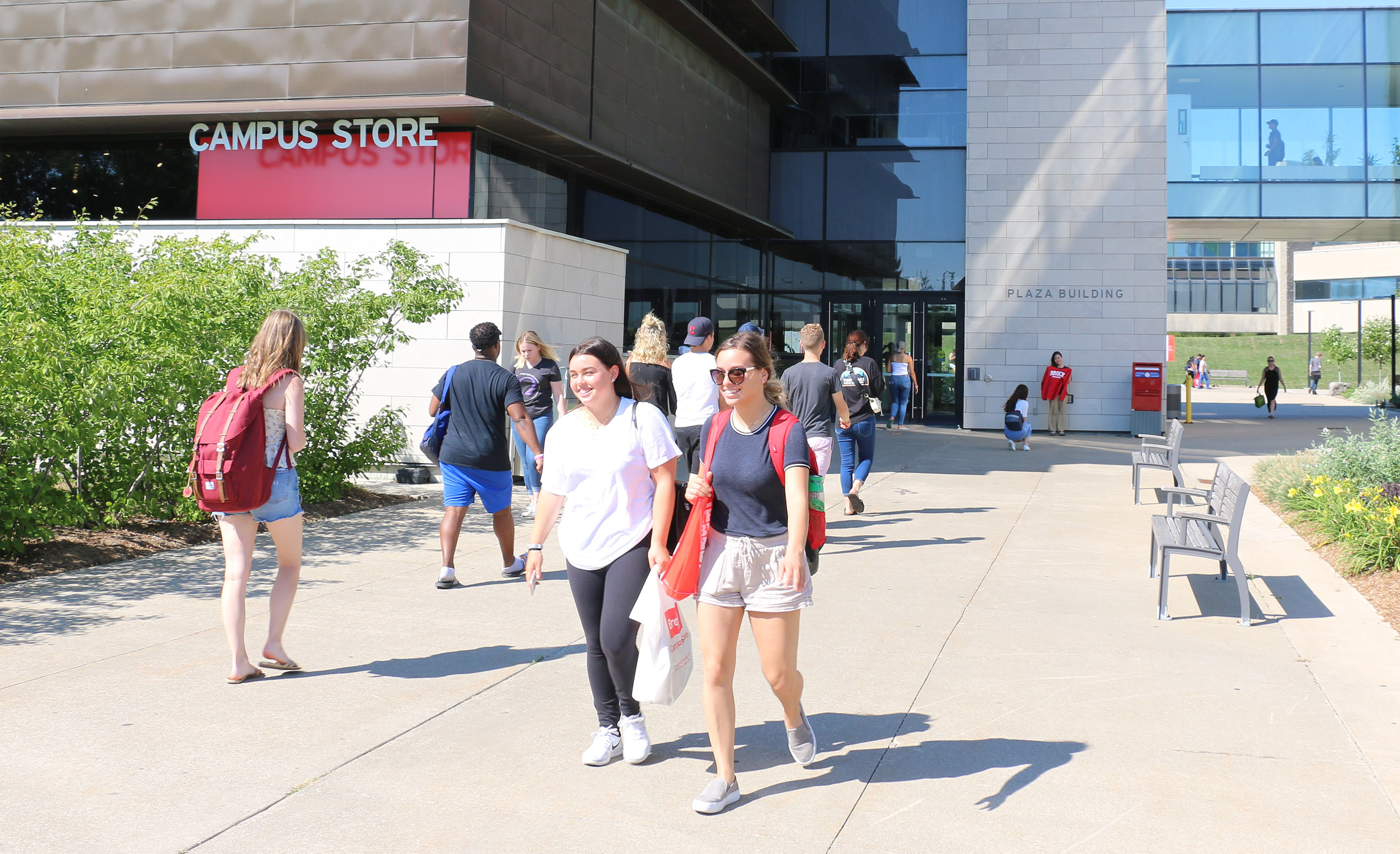 Brock’s positive growth this fall can be seen across a number of major metrics:

“The positive enrolment numbers we are seeing this fall are a testament to the hard work and skills of our recruitment team at Brock and to our growing reputation for providing a welcoming and inclusive learning environment that offers great programs and courses taught by our engaged and committed faculty,” said Tom Dunk, Interim Provost and Vice-President, Academic.

“Staff and faculty are dedicated to putting students first and this year’s numbers suggest that the word is getting out.”

The positive news for Brock comes at a time when the provincial numbers are down from where they were at this time in 2017. While the average enrolment for domestic students is down about one per cent, that number is up four per cent at Brock. And while international enrolment is trending higher across the province, Brock’s numbers are more than three times the provincial average.

James Mandigo, Brock Vice-Provost for Enrolment Management and International, said the international enrolment numbers are “off the charts.”

“One of the factors is we’ve diversified the countries we’re focusing on with emerging markets such as Africa, Latin America and India,” Mandigo said. “And there has been a huge increase internationally in coming to Canada. It’s the fastest growing market because it’s known as a multicultural country that supports diversity and offers a great education at an affordable price.”

But Brock University has also focused on its own backyard, with staff visiting Niagara secondary schools and encouraging students to experience Brock with campus visits.

The result has been a significant increase in the number of Niagara students making Brock their choice for post-secondary education.

“A lot of the strategy has been about getting out into the community and letting them feel what it means to be a student here at Brock. It’s all about making Brock more inviting and accessible to the community,” Mandigo said.

He credited Brock’s faculty members with being approachable and willing to help tell the Brock experience story.

“Brock’s reputation as being student-centred is really important,” he said. “Our faculty is very much engaged with our recruitment activities so students get to meet our faculty at various events.”

While the 2018-19 numbers are extremely positive, Greg Finn, who will begin his term as Interim Provost and Vice-President, Academic on Oct. 1, said Brock has no intentions of resting on its laurels.

“Yes, students are seeing the value in Brock and are choosing to come here, but we can’t rest on those numbers,” he said. “I think it’s important to build on the success. The word is out — Brock is a great place to come so we need to keep that momentum going.”