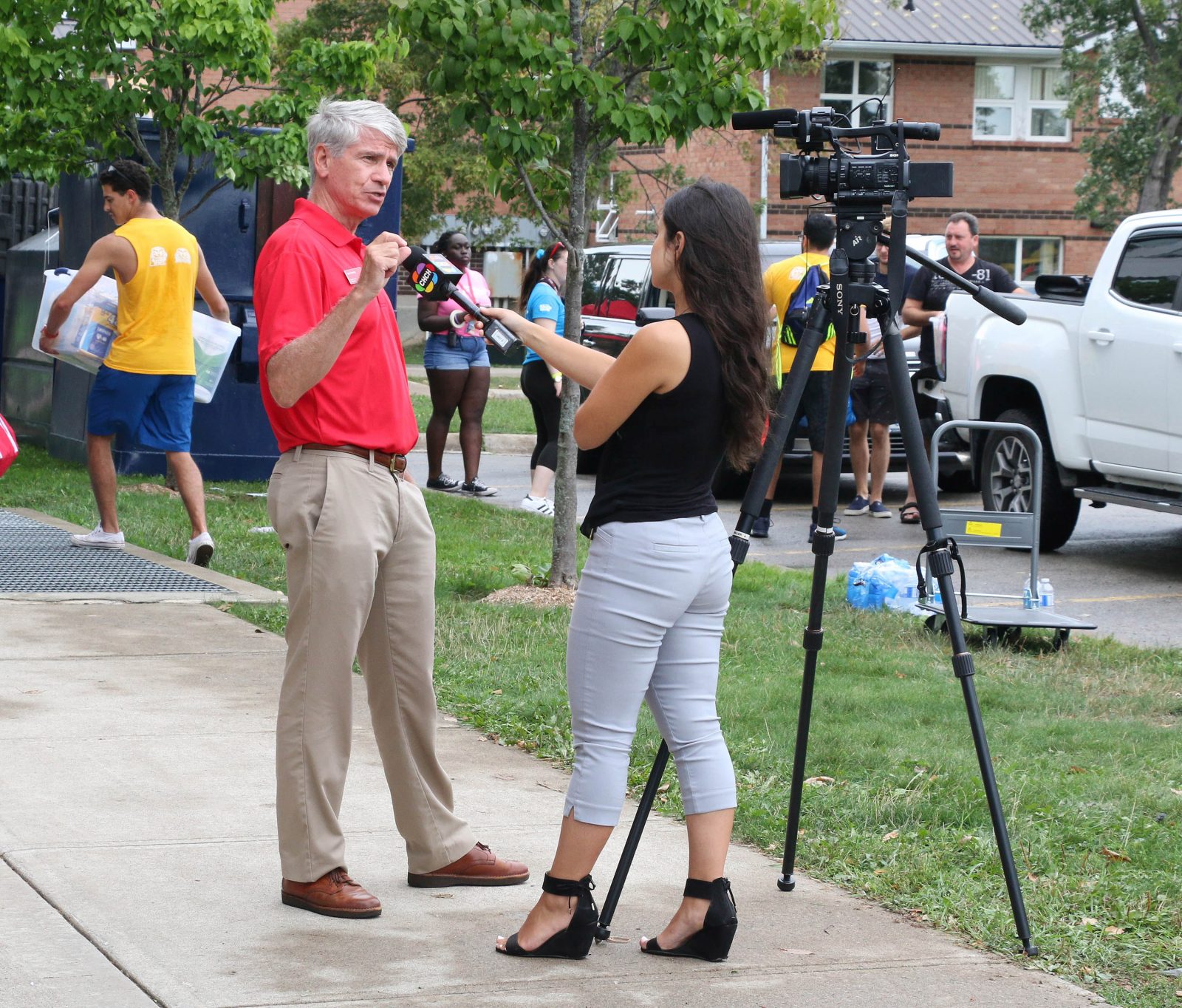 Parents, relax: Scientist explains why backpacks do NOT harm your child’s back even if they’re heavy: Research from Assistant Professor of Kinesiology Michael Holmes about the effects of backpacks on children was recently featured on the websites of the The Daily Mail newspaper in the U.K. and The Hindu newspaper in India. Holmes believes there is little evidence linking backpack use and pain.

Brock volunteers provide ‘well-oiled machine’ on Move-In Day: The co-ordinated effort of Brock’s Move-In Day volunteers was reported in stories on CHCH and in the St. Catharines Standard. The six-hour event saw 850 volunteers helping nearly 2,400 students as they moved into the University’s seven residences.

University students roll up their sleeves for Brock Cares: The upcoming Brock Cares Day of Service, during which an anticipated 300 student and staff volunteers will help service organizations across Niagara, was featured in an article on Newstalk 610 CKTB.

Anthony (The Genius) Romero following his dream in the octagon: Brock Alumnus Anthony Romero’s (BRLS ’18) ongoing mixed martial arts career was profiled in a St. Catharines Standard story. After a Sept. 7 fundraiser at Memorial Park in Welland, Romero will return to in-ring action on Sept. 15 in Niagara Falls, N.Y.