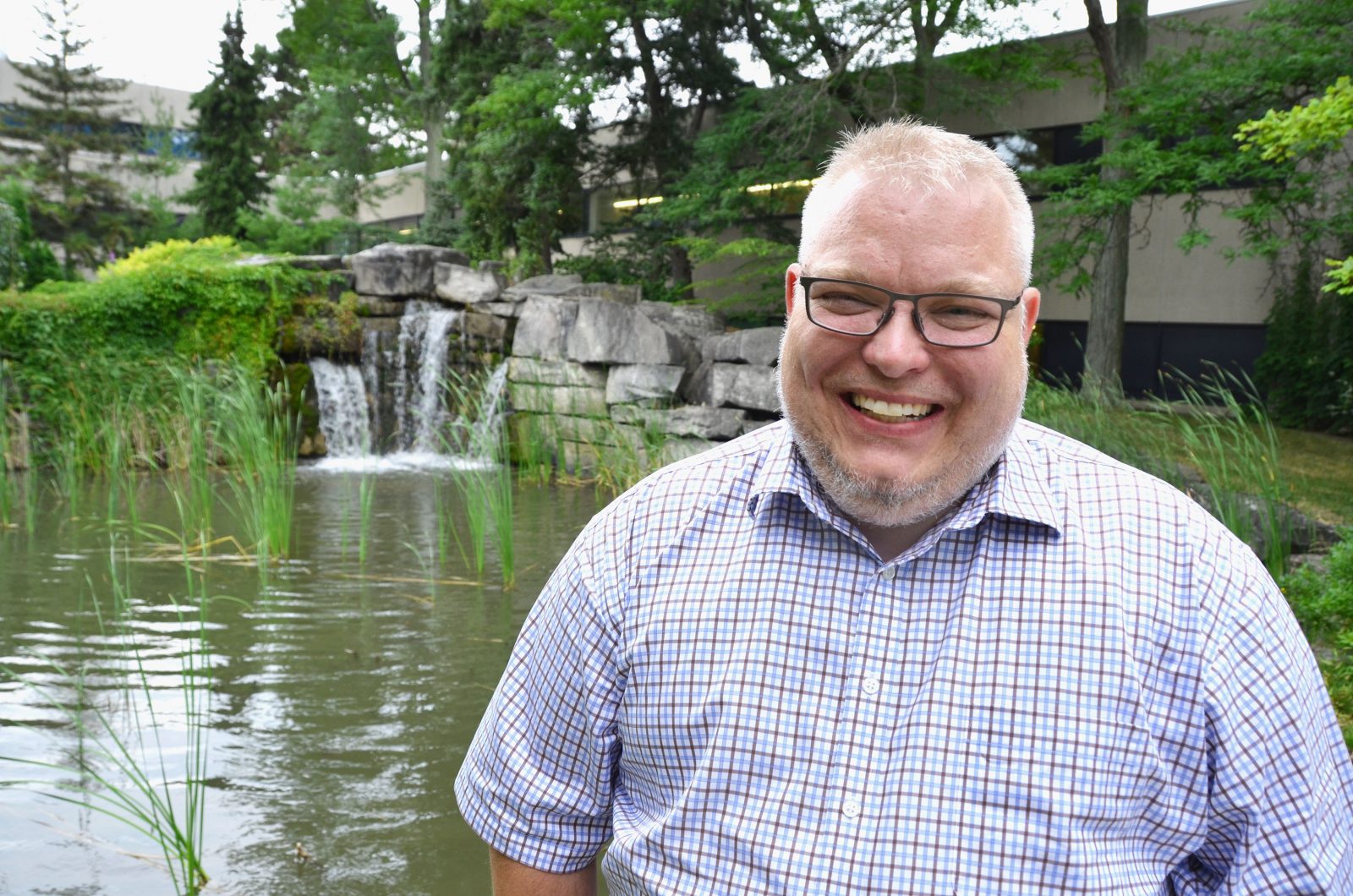 It was late spring in Ottawa. Geoffrey Waters was having lunch with his Federation of Canadian Municipalities colleague, discussing the ‘next step’ each of them wanted to take in their lives.

Waters shared his desire to return to Niagara. He fondly recalled his senior high school days collecting soil samples for a Brock University professor who was studying the midge fly.

That early research experience set him on a path that took him all across Canada, first as a researcher and then as a research administrator.

“My former colleague asked me, ‘‘What would be your ideal job?’ and I said ‘You know what I would like? I would like to land in a research services job at a university; that would be a great fusion for me given my experience,’” Waters recalls.

Literally the next day, Waters came across the job posting for the Director of Research Services at Brock University.

Fast forward to late summer. Waters is settling into his new role in the Office of Research Services, meeting with faculty from all corners of campus.

“I’m amazed at the breadth of research here and how quickly the University has grown in the last decade,” says Waters. “There’s a lot of passion around the research. I’m excited to be seen as being a part of it and helping to facilitate that research activity.”

Waters is well grounded in both the research and administration worlds.

He began his career at the University of Guelph in 1996 researching controlled environment systems, with the goal of developing artificial ecosystems for space applications.

“The idea is, if you’re going to go on a long duration mission to Mars, you need to be able to grow your own food, produce your oxygen and remove your carbon dioxide, which plants and other organisms do naturally on Earth,” says Waters.

His research involved setting up technology transfer and commercialization projects with agricultural and aerospace industries through funders such as the Ontario Centres of Excellence and the Canada Foundation for Innovation. Just before leaving Guelph, Waters was working on a pilot project for the European Space Agency.

The next step took Waters to Saskatchewan’s Ministry of the Environment in 2008. There, he administered a program that piloted a range of environmental technologies in the province, creating partnerships with universities and colleges in Saskatchewan, research councils and industries in Saskatchewan.

In 2014, Waters moved to the Federation of Canadian Municipalities to oversee a $625-million endowment from three federal government departments for a program that implemented environmental technologies in Canadian municipalities. He managed a team that carried out application intake, a peer review process for approval, contracting and fund dispersal.

In his new role as Director of the Office of Research Services (ORS), Waters wants to continue to gather feedback from faculty about their research needs and how ORS staff can best work with faculty.

“Getting out to meet researchers to learn about their work and their future plans is key to gauging and enhancing the support ORS can provide,” McGinn says. “At the same time, meeting those researchers in their offices and laboratory spaces has shown Geoffrey just how much Brock has grown since he was here as a high school summer student.”

Waters is confident he has joined a “fantastic team.”

“Staff have a detailed knowledge of the major funding lines’ program requirements and we have a commercialization and a tech transfer team with some great expertise.”

Another major goal is to expand Brock’s research funding from federal government Tri-Agencies to include lesser-tapped funds from groups such as Genome Canada and the Heart and Stroke Foundation, says Waters.

“I think we can build and develop our support for those researchers accessing non-traditional types of funding and really advance the tools to help faculty deal with things like non-disclosure agreements, intellectual property concerns and agreements with the private sector,” says Waters.

“What I hope to achieve in the next six months is build the visibility and profile of the Office of Research Services and make sure that researchers who haven’t worked with us before know of our service offerings and know that we’re here to help their research programming.”