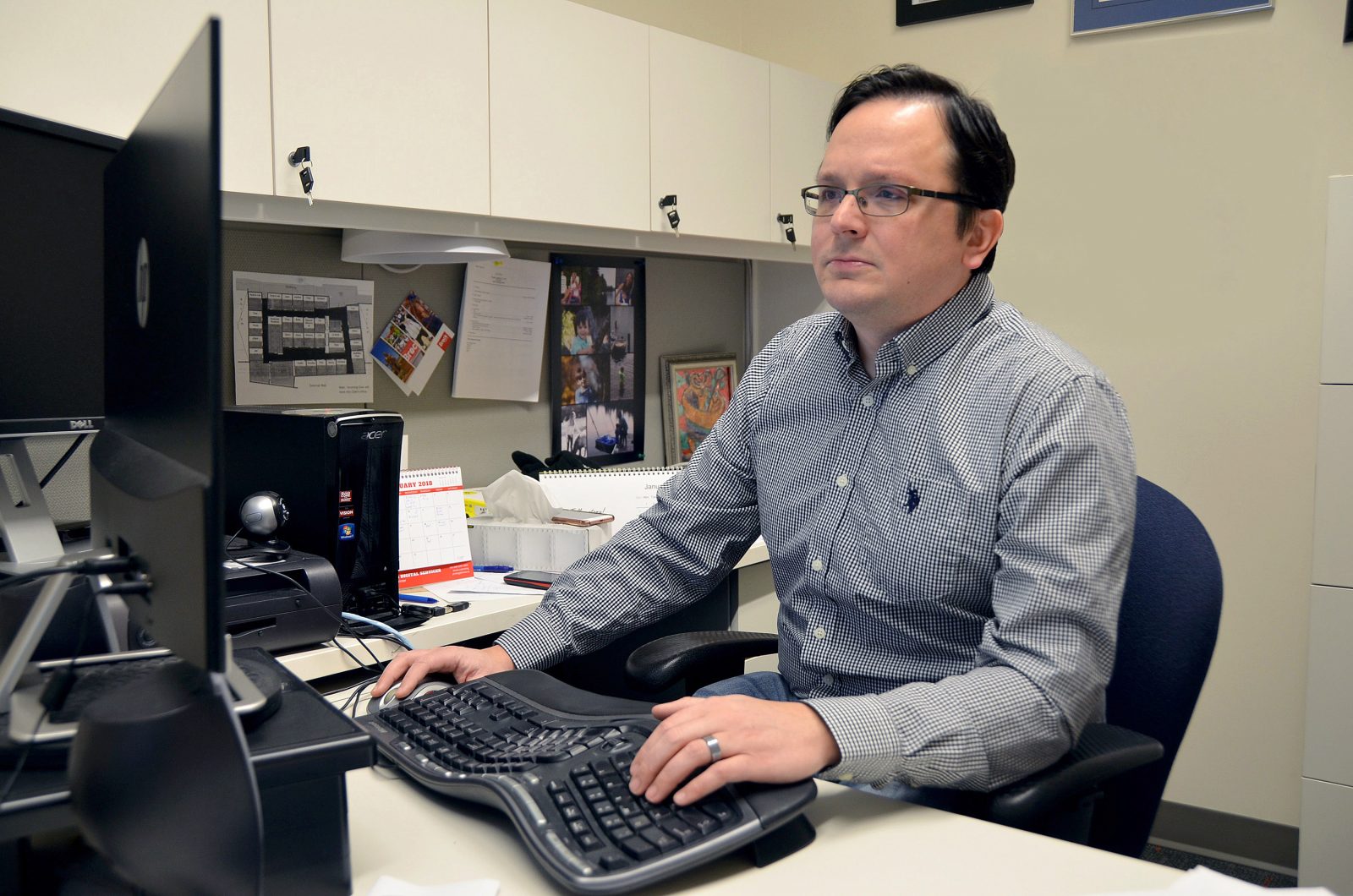 What makes people do bad things?

The reasons are as varied as the individuals operating in the dark worlds of bullying, aggression, psychopathy, narcissism, Machiavellianism, sadism and other anti-social realms.

Through his research of adolescents in Canada, China and Dominica, Tony Volk has been looking for factors that account for the presence of ‘evil,’ which he defines as being “an arrogant and predatory, yet non-pathological, drive to adaptively better oneself at the expense of others.”

Volk and his colleagues appear to have found one crucial individual factor, which the Child and Youth Studies professor plans to explore further as Brock’s 2018 Chancellor’s Chair for Research Excellence holder.

“I’m really honoured to be placed in a cohort with the previous winners who are really exceptional researchers,” he says of the annual award given by the Office of Research Services. “To be recognized as being that level of researcher at Brock is really gratifying.”

Volk’s research builds on individual and collaborative efforts with Psychology Professors Drew Dane, Angela Book, Michael Ashton and Gordon Hodson, as well as his own students.

In 2012, Ashton and University of Calgary psychologist Kibeom Lee published a book called The H Factor of Personality: why some people are manipulative, self-entitled, materialistic and exploitive – and why it matters for everyone.

The “H-factor,” or honesty-humility, is one of six basic personality traits of the HEXACO model of human personality, which also includes emotionality, extraversion, agreeableness, conscientiousness and openness to experience.

“Honesty-humility sounds really innocuous, so I was initially quite surprised when it turned out that it’s the strongest predictor of adolescent anti-social, negative, evil behaviour,” says Volk, adding it comes out ahead of such factors as anger, empathy and conscientiousness.

Volk explains that having low levels of humility makes it easy for someone to believe they are better than others and that they deserve the “rewards” — elevated status, work promotions, access to sexual partners, a sense of power and popularity — that can come by engaging in anti-social behaviour.

That type of thinking also makes it easier to break the rules and conventions that are there to regulate behaviour, he says.

The next step for Volk’s research is to explore if or how honesty-humility influences thoughts, perceptions, or both.

Volk, along with Child and Youth Studies Professor Ayda Tekok-Kilic and their students and colleagues, will be designing and administering psychological tests that measure brain activity to determine the association of honesty-humility and the other five factors in the HEXACO model with processes in the brain’s cortex.

This will be the first time that data collected from electroencephalogram (EEG) equipment — housed at Brock and the Branscome Mental Health Clinic — will be used to study the HEXACO model’s traits and their relationship to antisocial behaviour. This will “provide a crucial neurobehavioural understanding of the underlying mentality of ‘evil,’” Volk says.

He will also integrate adolescent interviews into the research. Later in the research, Volk will partner with Pathstone Mental Health to determine if cases of adolescent antisocial behaviour are early signs of mental illness versus if they are caused by low levels of honesty-humility.

“This knowledge has been applied in many places, including Ontario’s classrooms. Dr. Volk’s extensive publishing record, media appearances and student supervision demonstrate the crucial pathways between discovery, impact and training in excellent research.”

The Chancellor’s Chair for Research Excellence, open solely to Brock tenured and tenure-track faculty, recognizes active scholars who have demonstrated excellence and who will continue to make significant contributions to the advancement of their field.

Recipients of the Chancellor’s Chair for Research Excellence can undertake a specific three-year program of research leading to a significant development in their scholarship. The Chair’s research program may be integrated within a broader research and scholarly focus.

Each awardee will give at least one public lecture on their research to the Brock University community.