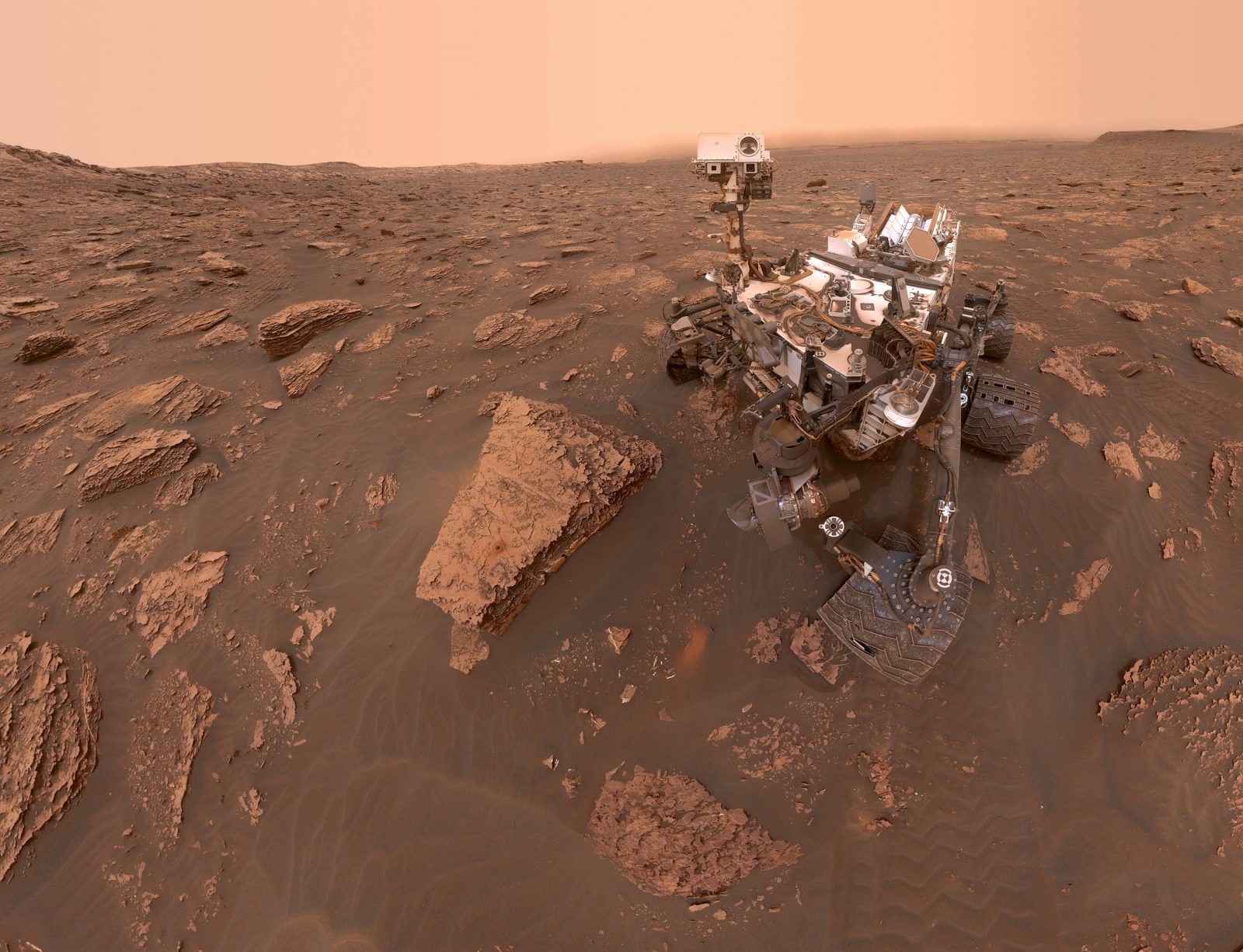 On Mars, dust poses a challenge for scientists researching rocks on the Red Planet. Dust tends to affect elements within rocks and interfere with equipment such as the rover Curiosity used to study the rocks. (Photo credit: NASA/JPL-Caltech/MSSS)

For the average person, dust can be a source of frustration when it comes to keeping a home clean.

But for scientists researching rocks on Mars, the collection of tiny particles poses a very different challenge.

Dust tends to affect elements within rocks and interfere with equipment used to study the Red Planet’s rocks. 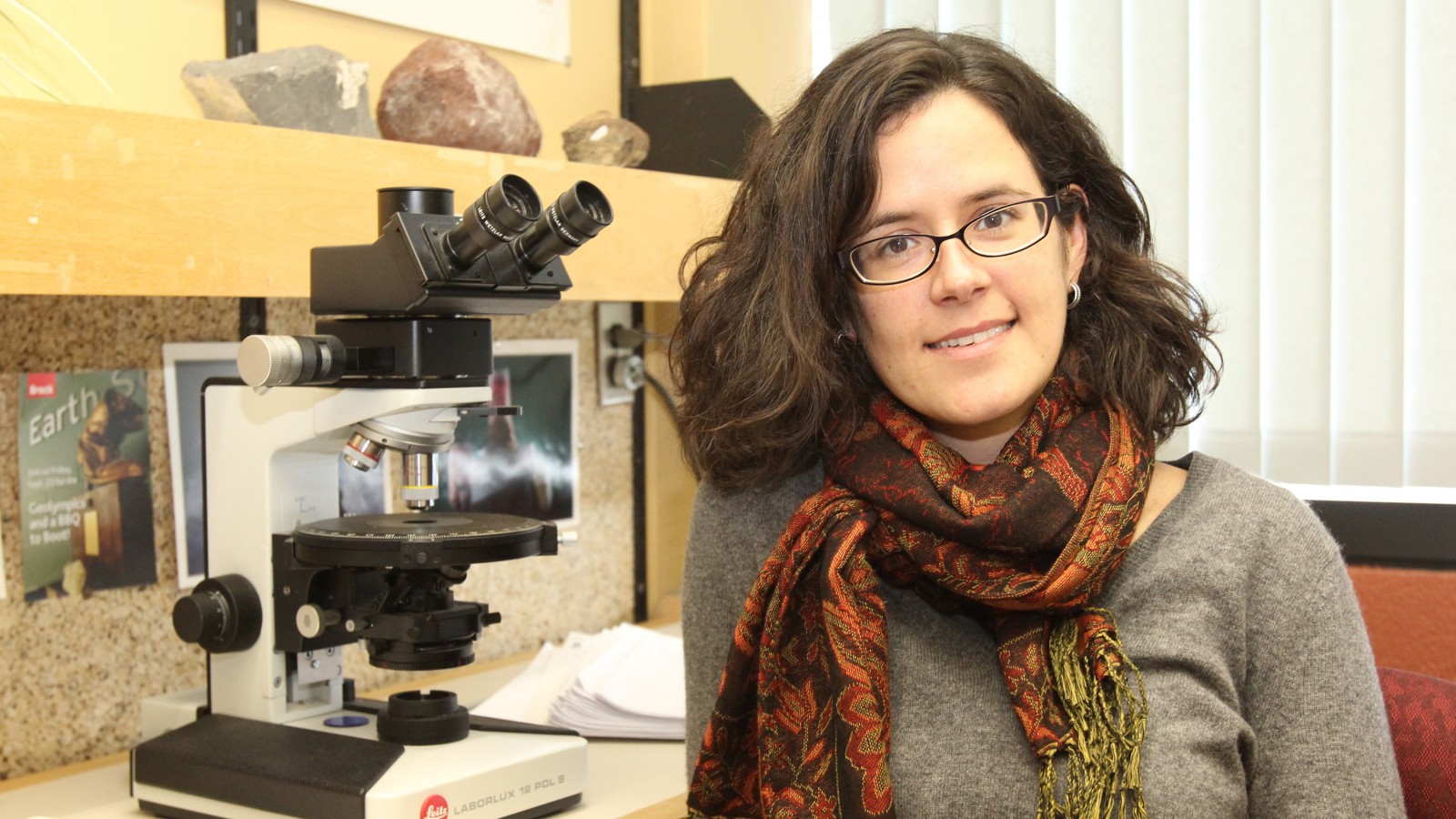 In a study published in the Journal of Geophysical Research last month, Schmidt and her team developed a technique to distinguish the dust coating from the surface of the rock.

“Dust is nearly found everywhere on Mars,” says the associate professor of Earth Sciences. “What we were really interested in is seeing if we could remove that dust and get at the composition of the rock and we were able to do that.”

The research team — which included Earth Sciences undergraduate students Samantha Bray and Nick Bradley — also confirmed that Martian dust is made up of a ratio of sulphur and chlorine.

Schmidt is among scientists at the U.S. government’s National Aeronautics and Space Administration (NASA) who use a rover named Curiosity to study the surface of Mars. Schmidt first started working with Curiosity in 2012.

When the rover approaches rocks for examination, an attached brush called Dust Removal Tool (DRT) sometimes clears away the powder so that an instrument called Alpha Particle X-ray Spectrometer (APXS) can measure the chemical compositions of rock surfaces.

When the rover does not brush the dust away, the APXS’s chemical measurement of the rock is influenced by the presence of the dust. Even with the DRT brush, dust contamination can still affect APXS’s ability to interpret the chemical compositions of rock surfaces.

To evaluate the extent of this contamination, the scientists came up with three ways of estimating the per cent dust coverage on rocks in Gale Crater through examining microscopic images gathered by Mars Hand Lens Imager on Curiosity.

They observed that dust tends to most affect ‘light’ elements in the rock, such as sodium, magnesium, aluminum and silicon.

“We found that some rocks have much higher proportions of sodium than we thought originally because it has the dust on it,” says Schmidt, adding that the team was “able to quantify the effect.”

But dust has very little or no impact on ‘heavy’ elements in rock, such as iron, she says.

They found that dust-free rocks have higher levels of silicon dioxide and sodium oxide and lower sulphur trioxide and calcium oxide than rocks coated with dust.

Schmidt was also a member of an international team identifying a geologic unit on Mars as being the single largest source of dust on the Red Planet.

The team, headed by Lujendra Ojha from John Hopkins University in the U.S., compared the sulphur and chlorine content of Martian dust to that of the Medusae Fossae Formation.

The research, published last month in the journal Nature Communications, notes that physical and chemical characteristics of dust give clues to the geological processes responsible for their formation.

“There’s nothing else on Mars that has as high of a sulphur-to-chlorine ratio as the Medusae Fossae Formation, so the dust has got to be from that unit,” says Schmidt.

“It’s a volcanic unit that basically covers a lot of the equatorial regions of Mars,” she says, adding that Medusae Fossae was formed more than a billion years ago by an explosive volcanic eruption.

Martian dust has been in the news since May, when a massive dust storm began to engulf the entire planet. In June, NASA lost contact with its rover Opportunity when it lost power due to dust blocking the sun.

Schmidt says the next phase of her research will focus on the storm’s impact on the composition of Mars rocks once the dust settles.