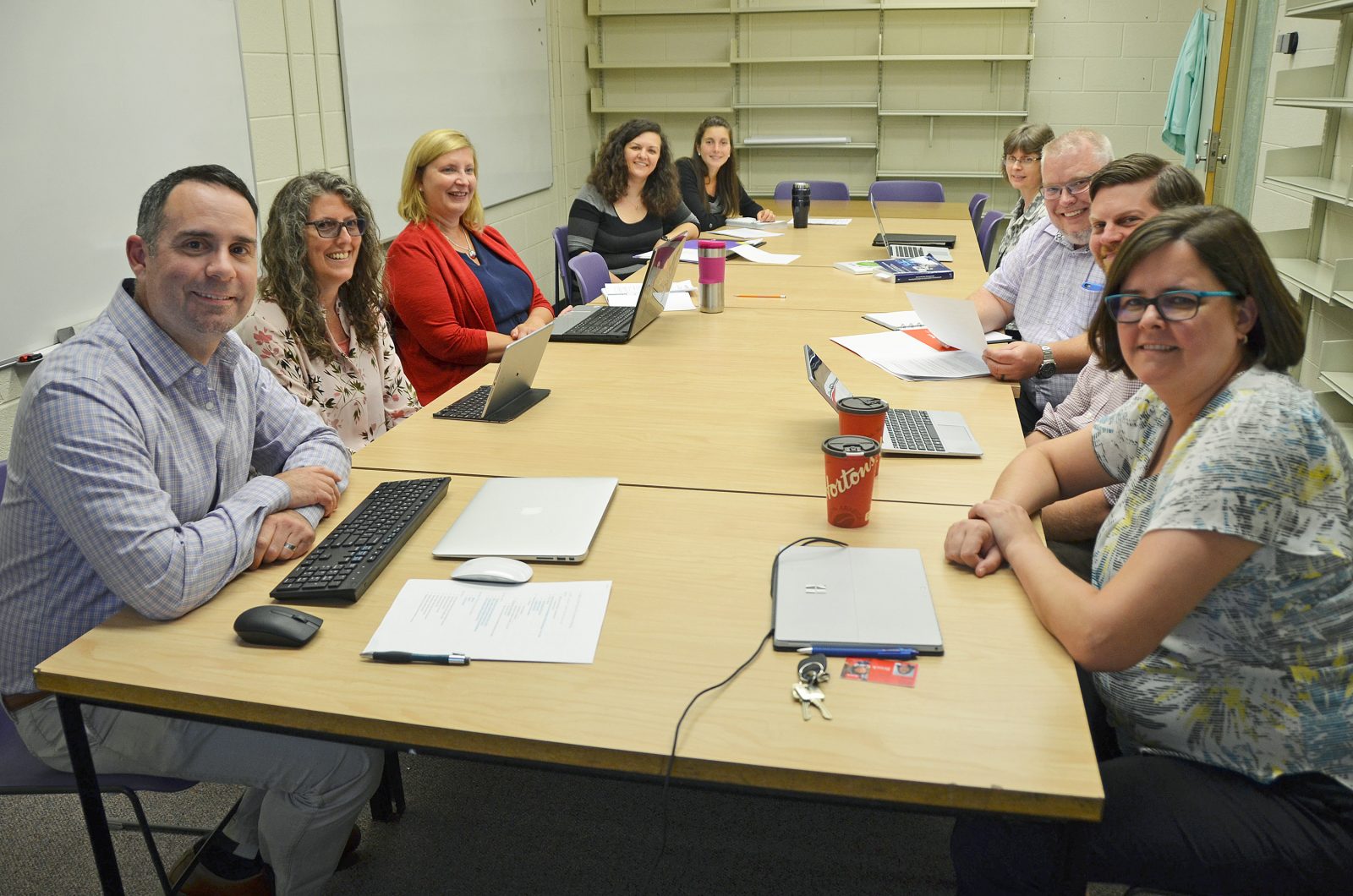 Representatives from the Office of Research Services, the Research Ethics Office, the Library, and Information Technology Services have formed a group to gather feedback on the federal government's draft research data management policy.

Much energy is focused on gathering and analyzing data. Research data can include things like interview transcripts, measurements from laboratory instruments, answers to questionnaires, protein sequences and many other types of information as varied as the researchers themselves.

The data and their interpretations are the stuff of discoveries and breakthroughs, leading to new or deeper insights that shape the world around us.

But storing and securing this goldmine of information has often not been well thought out, leading to data getting lost in the system, being unavailable to the wider research community or even violating basic principles such as research participant confidentiality.

To that end, the Canadian government has created a Draft Research Data Management Policy. Brock University, like many other research institutions that rely upon federal government research funding, is preparing a response to this draft policy.

“This consultation is an opportunity for Brock as an institution and for the federal government to prepare for this future: What resources are in place? What resources are needed? How will these proposed requirements ensure greater return on research investments?” says Interim Associate Vice-President Research Michelle McGinn.

McGinn and officials from the Office of Research Services, the Research Ethics Office, the Library, and Information Technology Services have formed a group to gather feedback from the Brock research community and co-ordinate Brock’s response.

The exercise is not just academic.

“The draft policy indicates that researchers may be required to include a data management plan in their applications for federal government grants or as a condition for release of those funds,” says McGinn.

She says once researchers publish their work, they’ll be required to deposit the associated research data in a recognized digital repository.

The draft outlines key elements of a management plan, including:

It also identifies those responsible for particular aspects of the plan, and spells out ethical, legal and commercial constraints data are subject to.

McGinn describes how issues of data collection and storage play out in her collaboration on a research project funded by the Social Sciences and Humanities Research Council of Canada.

“Our project is predominantly interview based,” she says. Those interviews need to be shared with researchers from four Canadian universities and two international institutions.

“Do we buy recorders that have a special proprietary format?” McGinn says. “Or do we have something that records in a broadly available format such as mp4 or wma so that anyone on the team can listen to them?

“Where do we store those files so they’re secure and not available to just anyone?” she says adding that, at the moment, the team is using Microsoft Office 365’s One Drive, but not all the project’s researchers have institutional access to that system.

Once a research project has finished, the question becomes, where should these data be stored long term and who should be allowed to access this information?

Metadata Librarian John Dingle, who focuses on research data management, says there are a number of data hosting options, including: Brock University Dataverse, housed under the Ontario Council of University Libraries’ Scholars Portal Dataverse; the nation-wide Portage Network created by the Canadian Association of Research Libraries; and the fledgling Images and Data subcommunity within Brock’s Digital Repository.

He notes that many disciplines already have data repositories in certain subject areas, such as genetics, and that the Library can connect researchers to these repositories.

“There’s an increasing recognition that the research data that comes out of a project is as important as other more traditional forms of scholarly output,” says Dingle. “It’s important for being able to be transparent and reproducible in research but also gives opportunities for reuse and building on other peoples’ work.”

Who is allowed to have access to these research data needs to be worked out at the very beginning of the research application process, says Manager of Research Ethics Lori Walker.

This is mainly because research depends upon informed consent from any people participating in the research. People would need to agree not only to the project they’re involved in, but also to the use of their information in other research that may have similar purposes or even different purposes.

Walker says in some research situations, people may have shared sensitive information that may put themselves, their families or communities at risk or disadvantage if made public.

She says she is optimistic that the finalized Research Data Management Policy will strike the right balance due to the “energetic and positive culture towards this change at Brock.”

“The end result is going to be an increase in the quality of research and the impact of research data, especially if information can be re-analyzed, and re-used by other researchers. That’s a very ethical thing, that you get the most use out of the data that people contributed.”

The group encourages Brock researchers to provide feedback on the draft by: Providing comments to be incorporated into the collective response by Friday, Aug. 17or e-mailing comments directly to the Social Sciences and Humanities Research Council of Canada, the Natural Sciences and Engineering Research Council of Canada or the Canadian Institutes of Health Research by Friday, Aug. 31.