Brock’s Schmon Tower to be illuminated in colour 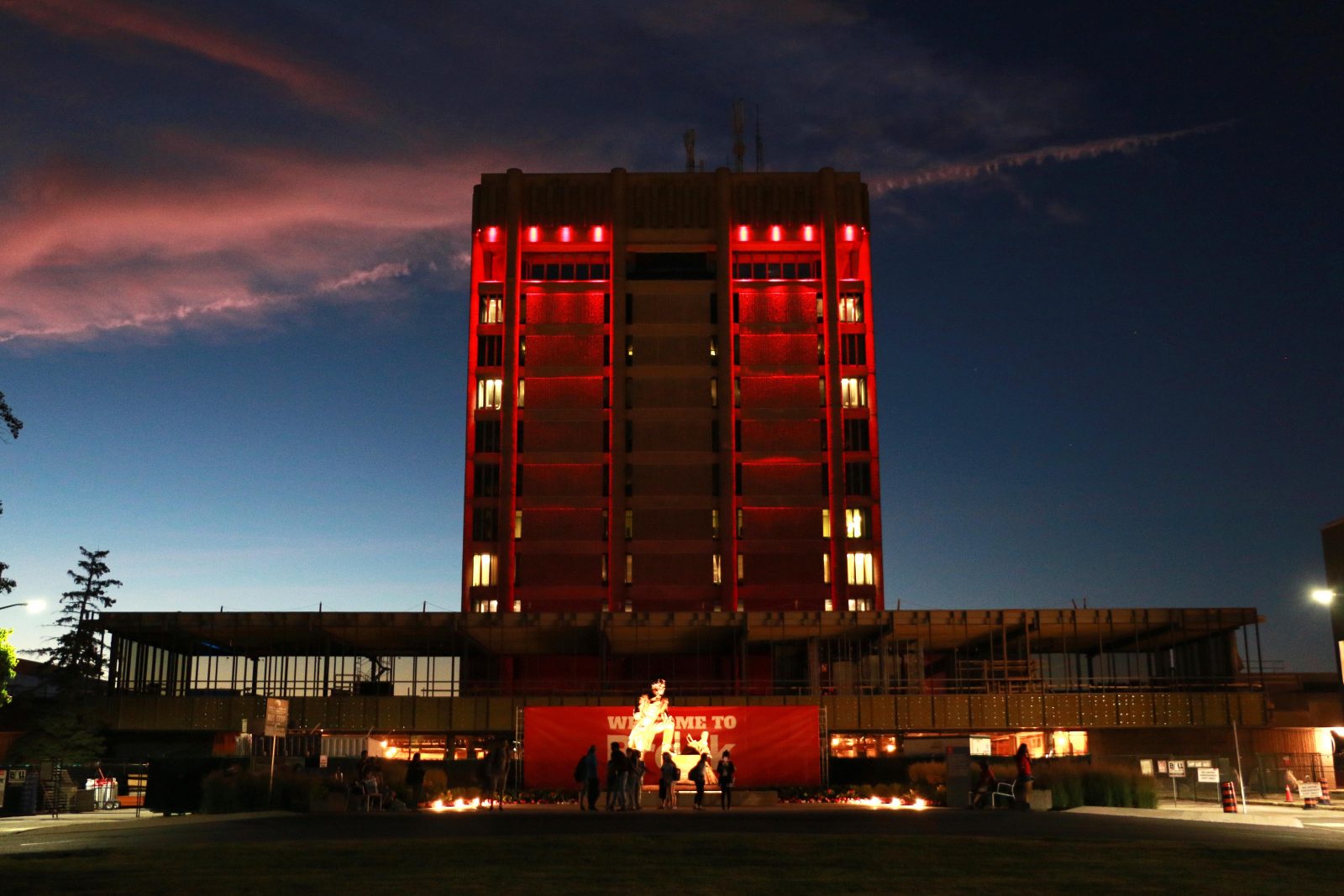 A new lighting system being launched on Canada Day will see Brock's Schmon Tower lit up in various colours throughout the year.

A new nighttime look is on its way for Brock’s signature building.

Since its construction in 1968, the Schmon Tower has been a key component of the University’s landscape and is visible on a clear day from miles around.

But with the help of a new LED lighting system, the 13-storey landmark will soon be just as eye-catching at night.

On Canada Day, Sunday, July 1, the University will flip the switch on the new system, which will cast colourful lights down all four sides of the building.

“People might remember the Tower’s original white ribbon lights, which were decommissioned almost 10 years ago,” said Scott Johnstone, Associate Vice-President, Facilities Management. “They used a lot of energy and were literally falling apart. They had reached their end of life.”

When the lights went out, Brock heard from community members who wanted to see them return.

“We heard a lot from people, especially boaters and marine folk who liked to see the Tower from out in Lake Ontario,” Johnstone said. “People in general seem to like looking at the escarpment and seeing the Tower lights.”

Residential-style floodlights were installed as a temporary fix while staff worked to find a more suitable and affordable option.

Recent years brought a drop in the price of energy efficient lighting, which has allowed the University to now purchase a Philips Color Kinetics high-performance system. The new technology offers a full rainbow of colour options and light show possibilities.

Beginning with a red and white light display for Canada Day, the Tower will be lit up in the evenings with colours changed for holidays and special occasions throughout the year.

“It’s great that we’re able to do different things for special days, but at the end of the day we’re still saving a considerable amount of energy from the original lights, using almost 10 times less energy,” Johnstone said.

The new lighting system adds to the dozens of energy saving projects, both large and small, that are underway across campus, he said.

“They all count towards lowering the University’s carbon footprint and increasing our energy efficiency.”