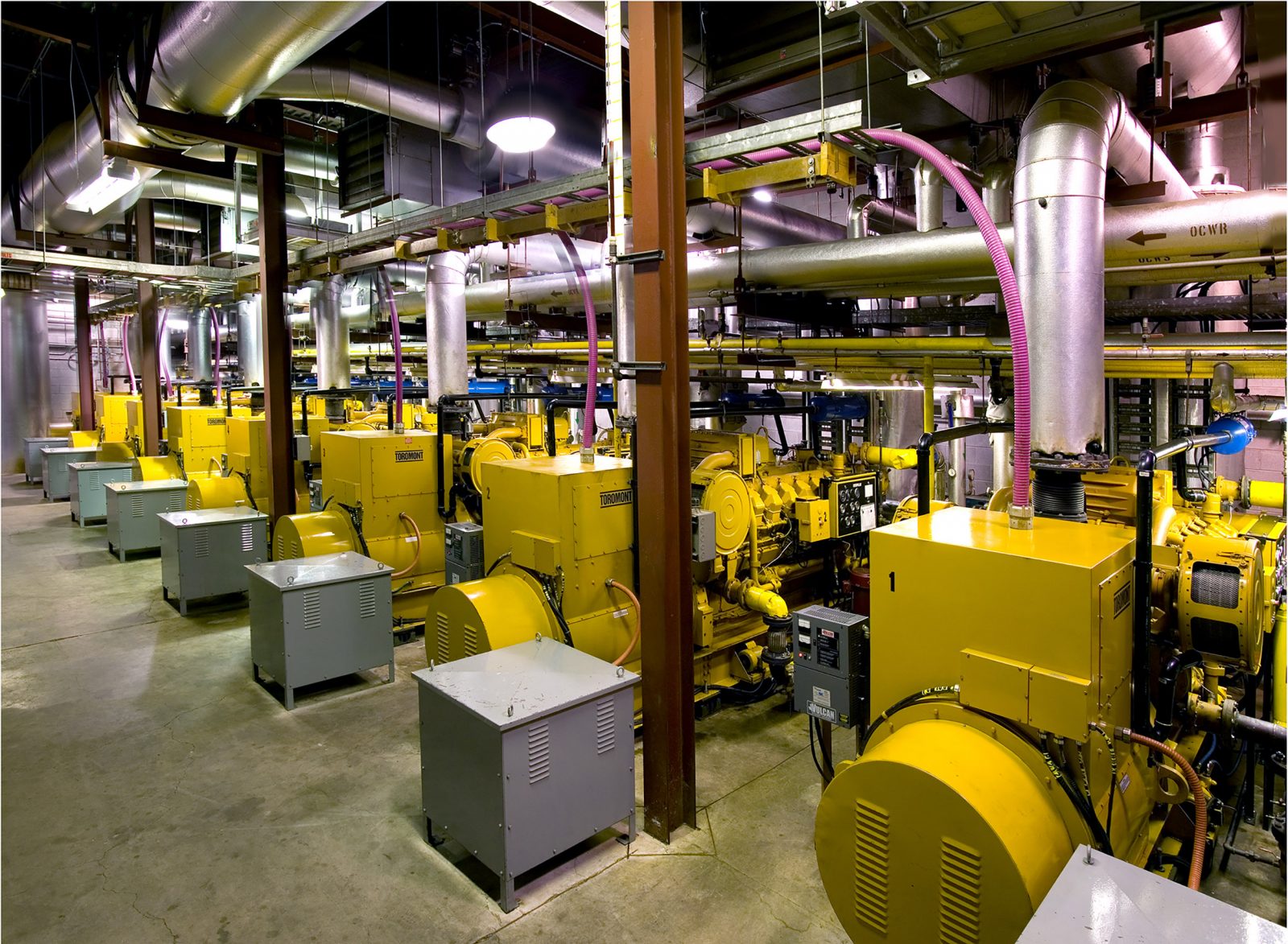 Brock University is currently upgrading its co-generation facility, a reliable and energy-efficient source of electricity, cooling and heating on campus.

The second phase of a massive project to upgrade Brock University’s co-generation power facility is moving forward after an Ontario government funding announcement made Tuesday, March 27 in Toronto.

Brock will receive $7.9 million to complete Phase 2 of its District Energy Efficiency Project (DEEP), which will upgrade and modernize the University’s co-generation facility, a reliable and energy-efficient source of electricity, cooling and heating on campus.

The first, $10.8-million phase of the DEEP project started 18 months ago and is replacing half of the existing natural gas-powered co-gen engines with state-of-the-art, high efficiency, electronically controlled units. That project is expected to be completed this summer.

DEEP Phase 2, which is being funded entirely through the Ontario government’s $7.9-million investment, will replace the remaining co-gen engines and install a new high-efficiency electric chiller unit. Work got started earlier this month and will be wrapped up by March 2019. No power interruptions are anticipated on campus as a result of the work.

“Phase 2 is fully focused on carbon reduction and efficiency,” said Scott Johnstone, Associate Vice-President of Facilities Management. “The existing plant is about 25 years old. We’re replacing it with the latest technology that will make the entire co-gen facility more efficient.”

The completed DEEP project will result in Brock’s annual NOx (nitrogen oxide) gas emissions dropping from 55 tonnes to just 8 tonnes and non-methane hydrocarbons reducing from 15 tonnes to four. The new co-generation engines will also consume 26 per cent less fuel and result in hundreds of thousands of dollars in utility cost saving each year.

“This investment by the Ontario government reaffirms its commitment to reducing greenhouse gas emissions on university campuses. This will allow the province of Ontario and its post-secondary institutions to lead by example when it comes to being energy efficient,” said Bradley.

Brian Hutchings, Brock’s Vice-President, Administration, said the government’s investment in the co-generation facility will have a positive effect elsewhere in the University.

“What’s unprecedented for Brock with this project is that it’s 100 per cent funded by the province,” Hutchings said. “The upgrades will result in significant utility cost savings, which will allow us to keep those costs flat during a period of inflation.”

With the completion of the second phase of the DEEP project, all of the equipment in the co-generation facility will be new, which Johnstone said “will set the University up for another 25 or 30 years of service.”