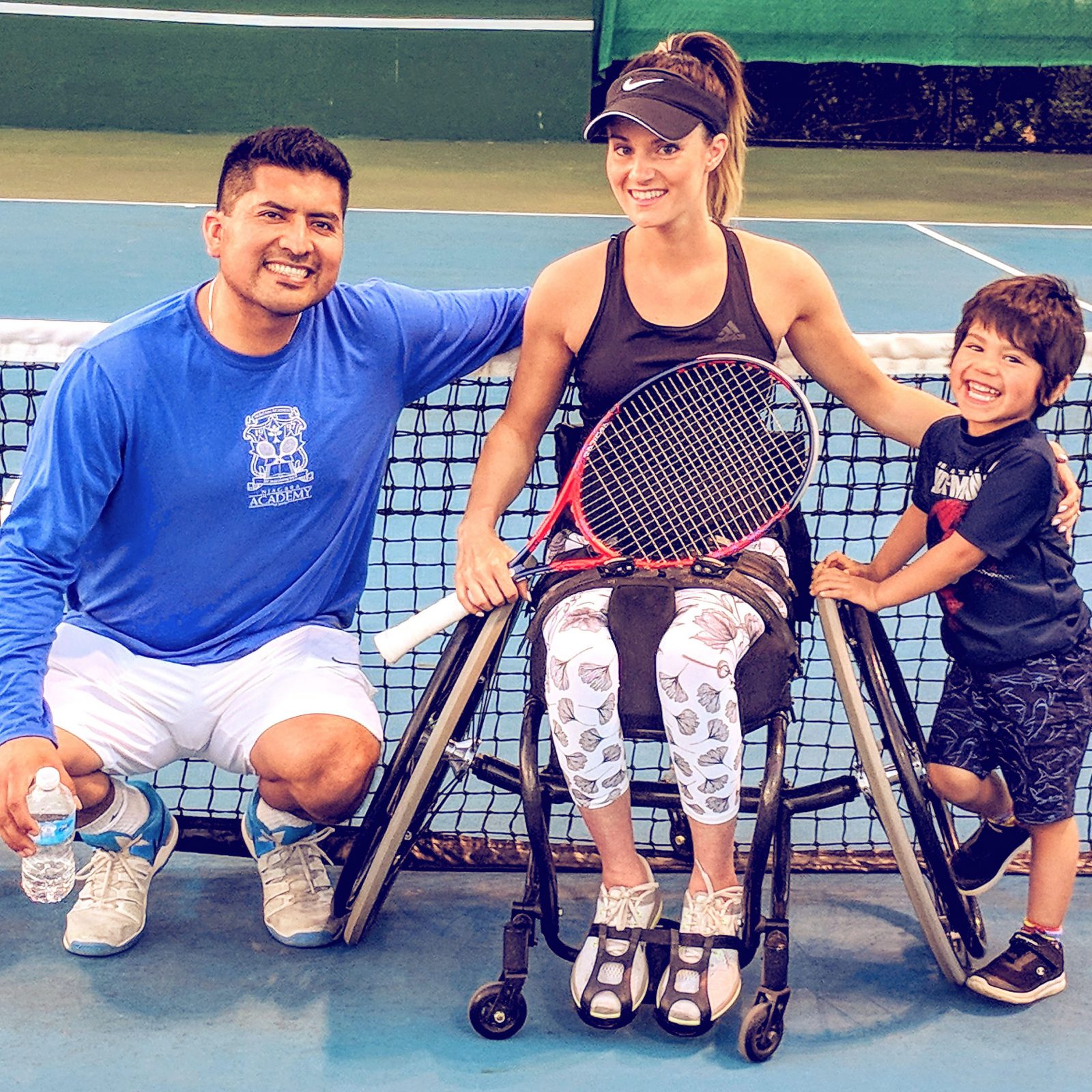 She began playing soccer and hockey at age of three, but it wasn’t until her early 20s that she discovered her passion for tennis.

But as her athletic career began to take off, Cruz experienced a road block.

She began experiencing unusual tingling in her hands, which she initially dismissed as an old injury. When the pain didn’t go away, she went for a routine checkup and follow-up MRI.

At age 23, the Grimsby native was diagnosed with Multiple Sclerosis (MS) — an incurable, progressive disease that involves an abnormal response of the body’s immune system against the central nervous system.

“My family and I didn’t know much about MS and for the first few days after my diagnosis, I just went on pretending that everything was fine,” Cruz said.

While she tried to keep playing tennis, she eventually had to give up the sport completely.

Sidelined, she began therapy to help regain control of her hands in hopes of someday hitting the court again.

But within a few years, her condition worsened.

Her legs started to buckle and her fine motor skills deteriorated even further, forcing her to stop working, driving and walking. Instead, she was forced to rely on a wheelchair.

“It was the darkest time in my life and I remember feeling resentment and jealousy toward others who took simple things like walking and driving for granted,” Cruz explained.

While she found adapting to life in a wheelchair unfamiliar and challenging, she was determined it would not prevent her from doing the things she loved.

“I experienced very difficult days and emotions,” Cruz said. “But my illness taught me that if there is something I really want to do in life but can’t the way I used to, it doesn’t mean I’m incapable, I just need to find another way.”

And that’s just what she did.

With the help of family and friends at the Grimsby Tennis Club, a GoFundMe page was started to help Cruz purchase a sport wheelchair. The specialized piece of equipment was lighter than most wheelchairs and had slanted wheels to provide more stability and allow for quicker turns.

With the new set of wheels and the support of the Aldershot Tennis Club in Burlington and Niagara Academy of Tennis, she got back on the court.

“As an athlete, the very last thing I wanted was to be confined to a wheelchair for the rest of my life,” said Cruz, “but playing tennis independently again after being sidelined for five years was very empowering.”

With renewed determination and the help of her husband, who is also her coach, Cruz learned how to play tennis in a wheelchair.

She now competes in matches and tournaments around the world and serves as an ambassador for the Ontario Wheelchair Sports Association.

Recently, Cruz also became involved with Tennis Canada to help advocate for the adapted version of the sport that helped her regain her competitive spirit.

“I wanted to bring awareness to the sport that changed my life and empower others in similar circumstances,” Cruz said. “Life doesn’t end in a wheelchair. If anything, it has given me more of my life back because now I can play a highly competitive sport again and be a role model to my son and others.”

To learn more about Cruz’s journey visit her blog at braverthanyourbattle.com.