New book sheds light on the politics of pronunciation 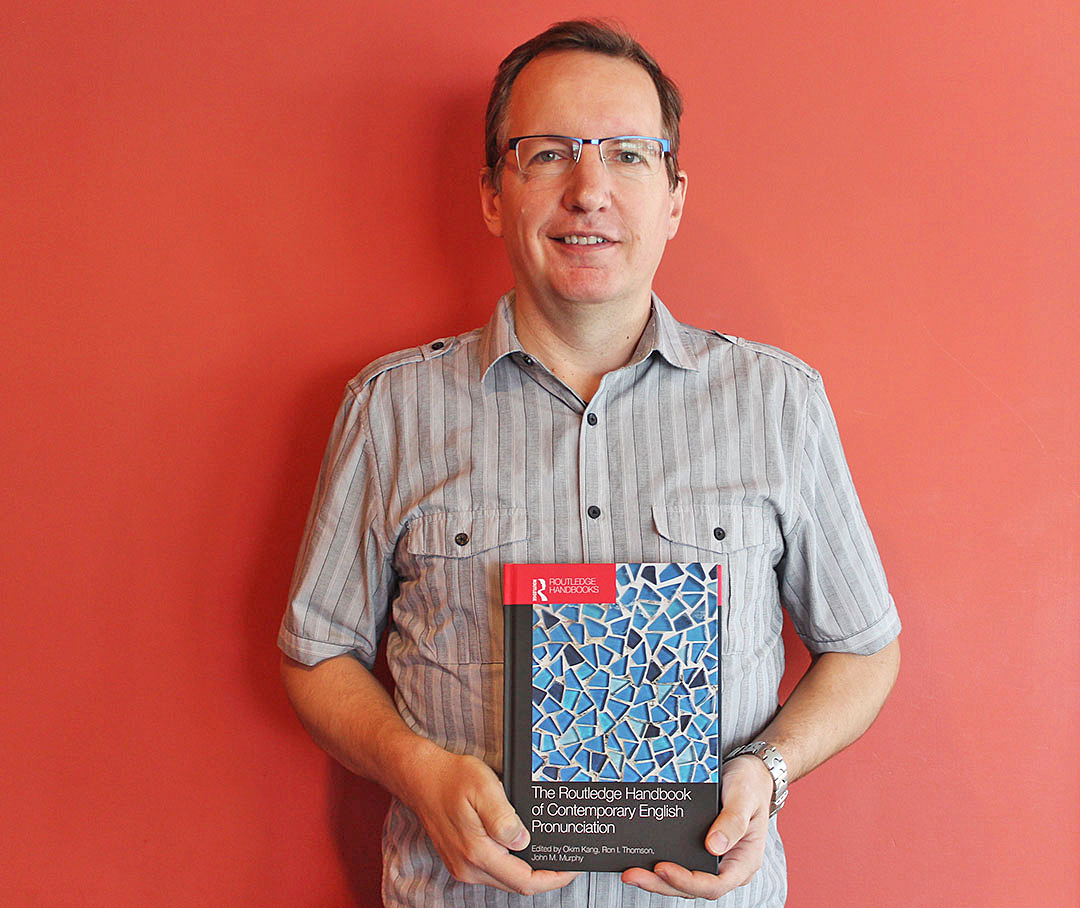 Professor Ron Thomson of the Department of Applied Linguistics is one of the editors of a new volume reviewers call “the state of the art in pronunciation scholarship and pedagogy.”

You say to-may-to, I say to-mah-to, but which one is correct?

In his latest book, Professor Ron Thomson of the Department of Applied Linguistics explores the many challenges and techniques associated with teaching second-language learners how to speak English.

The Routledge Handbook of Contemporary English Pronunciation, co-edited with Okim Kang and John M. Murphy, addresses what Thomson describes as “the new but growing field of inquiry” around pronunciation instruction.

“Teaching pronunciation to adult learners of a new language is difficult because among language skills, it is the least amenable to change,” Thomson explains. “It can’t be learned in the same way that, for example, grammatical descriptions and vocabulary can.

“Most scholars also agree that while an adult can become native-like in listening, speaking, reading and writing in a new language, it is all but impossible to learn to speak a new language without any hint of a foreign accent.”

Some of the difficulties associated with pronunciation come from the widely varying ways in which English speakers approach grammatical functions like the past tense. Thomson points out that, for example, “walked sounds like walkt, loaded sounds like load–ed and flowed sounds like flowd,” and notes that “similar patterns surface in English plurals — cats versus dogz versus dishes.”

“Pronunciation is primarily perceptual phenomena, which means it can be changed in a listening classroom,” Thomson says. This is part of why the new book, which looks at the many issues surrounding pronunciation and its teaching, is so important.

“We have provided a one-stop resource that includes not only topics directly related to second-language English pronunciation, but also more theoretical content, written for a non-expert audience,” he says.

One of the hottest of these topics is technology — something that Thomson, as the creator of several different pronunciation apps, understands well. His most recent program, English Accent Coach, offers gamified phonetic training for thousands of English learners worldwide.

“The use of technology allows for individualized training, whereas given limited resources, teachers have previously taught groups of learners,” says Thomson. “Technology also has the potential to provide certain types of feedback to learners.”

The book also provides key insights on World Englishes, another complex and sometimes controversial topic when it comes to learning pronunciation.

“Applied linguists recognize that there are different Englishes around the world,” Thomson says. “For example, traditional English-speaking countries settled by English speakers — Canada, the U.S., Australia and England itself — all have different pronunciations.

“But other countries, such as India, Pakistan, Singapore, Nigeria and Ghana, also have distinct varieties of English spoken as a native language, and other Englishes are spoken as a foreign language, such as in Japan, Korea and Mexico. Since each of these has their own way of pronouncing English, debate rages about what model should be taught by English language teachers.”

The Routledge Handbook of Contemporary English Pronunciation is now available in bookstores and online.