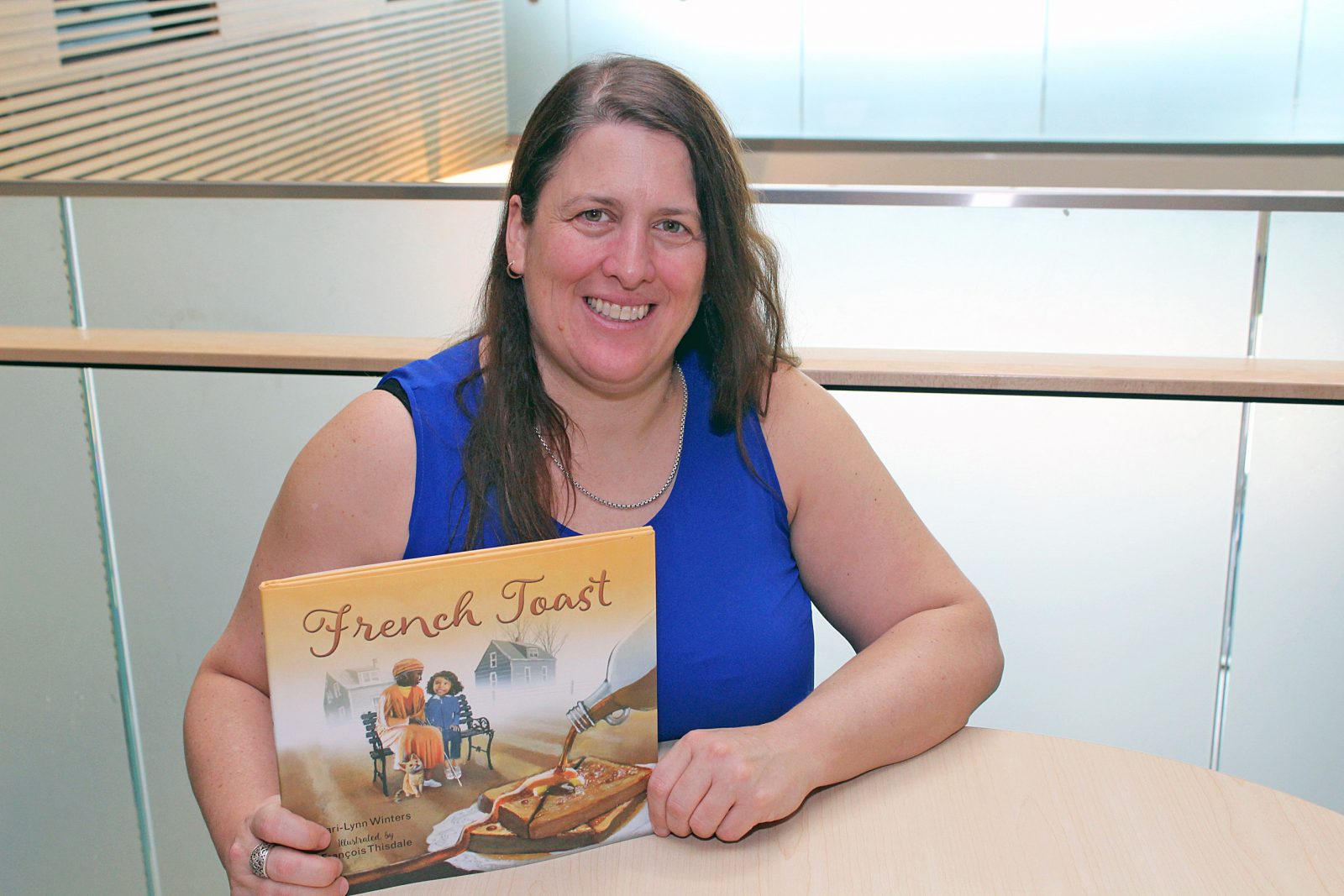 For Kari-Lynn Winters, writing children’s books is a way to stay connected to her days as an elementary school teacher.

“Being an author allows me to present and to be with kids in an educational capacity,” said the associate professor in Brock’s Faculty of Education, who has more than 20 books under her belt.

Winters’ picture books and children’s non-fiction works have been recognized with 11 awards — and that number may soon increase.

One of her latest books, French Toast, is currently in the running for two provincial awards. Illustrated by Francois Thisdale and published by Pajama Press, the book has been nominated for the Ontario Library Association’s (OLA) 2018 Blue Spruce Award for picture books for readers aged four to seven. It is also a finalist for the 2017 Saskatchewan Young Readers’ Choice — The Willow Awards in the Shining Willow category for books aimed at young readers.

French Toast tells the story of Phoebe, a half Jamaican, half French-Canadian child who hates being called French Toast — a nickname given to her by classmates. When the nickname is used in front of Phoebe’s Jamaican grandmother, Nan-Ma, who is blind, she must explain its origins.

“A few years ago, one of the teacher candidates that I taught at Brock explained to me that colour was a difficult concept for visually-impaired and blind students to grasp,” Winters said about the story’s inspiration.

“I thought about this idea as I watched the news that night and about racism too. I thought about children who have been subjected to racism and how unfair it must feel. Then I thought about visually-impaired and blind students, who are sometimes subjected to discrimination as well and I pondered how they might interpret racism. I spoke to the teacher candidate in my classroom. He thought it was a good idea to write this story, so I did.”

Winters has also been nominated for a 2017 B.C. Reader’s Choice Chocolate Lily Award in the Picture Books category for Good Pirate, which was illustrated by Dean Griffiths and published by Pajama Press.

Just to be nominated for the awards is an honour, Winters said. All three are readers’ choice awards, where the students in these provinces vote for their favourite book from a shortlist. Each of these awards aims to promote a love of reading and celebrate Canadian literature.