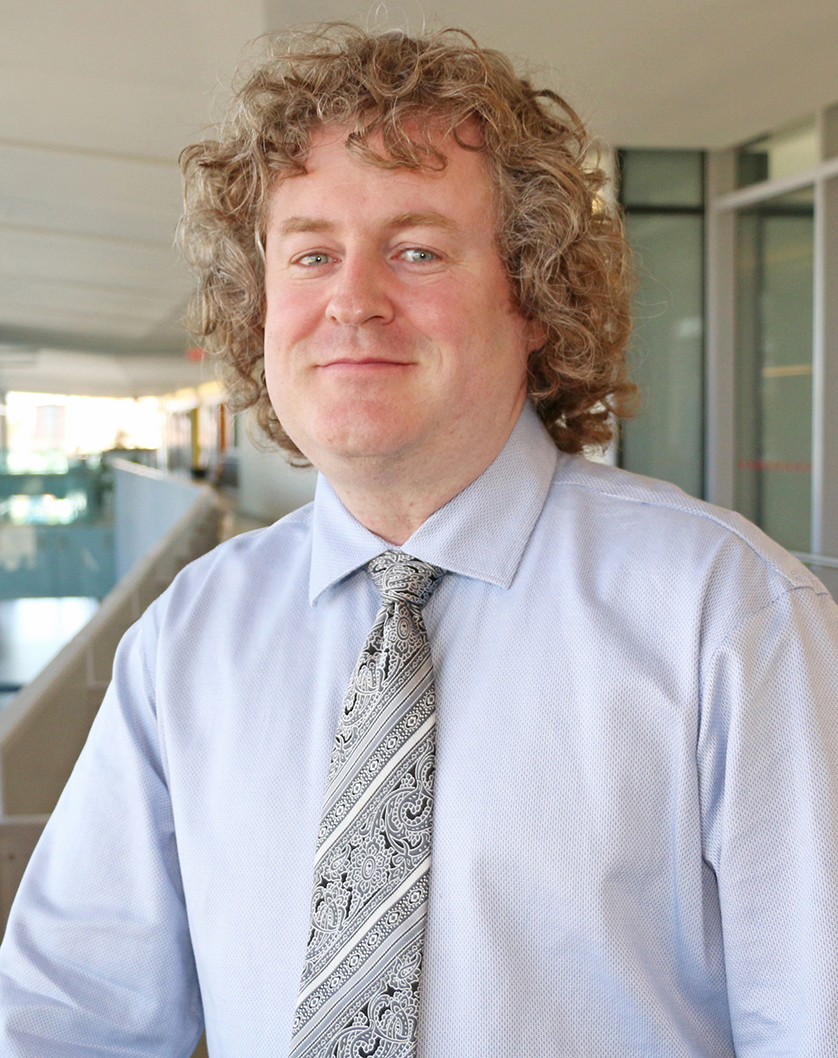 Blayne Haggart, Associate Professor in the Department of Political Science, has devoted his research to issues related to the governance of knowledge.

Knowledge is in the news.

From the Cambridge Analytica scandal and recent data thefts tied to possible political manoeuvring, to trade agreements hung up on intellectual property issues and massive shifts in privacy norms and expectations, there have been no shortage of knowledge-related headlines over the past year.

“Data is political,” says Associate Professor Blayne Haggart in the Department of Political Science, who is not surprised that the field is heating up. 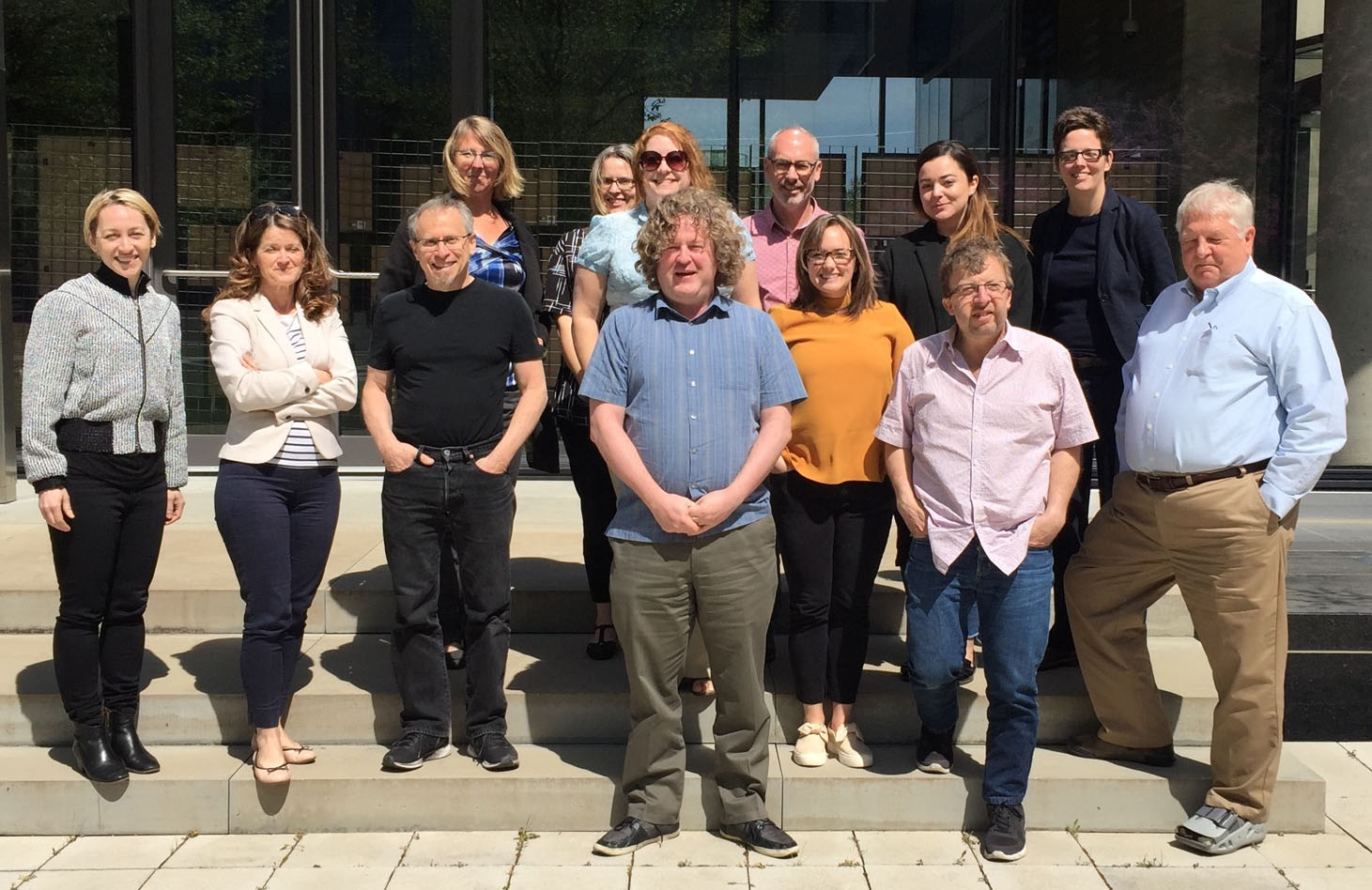 Brock University Professor Blayne Haggart, front centre, co-organized a workshop that recently drew scholars from around the world to the Balsillie School of International Affairs at the University of Waterloo.

“We’re seeing how the rules governing knowledge, from fake news to data governance to the internet of things, are becoming increasingly important.”

In the interest of helping both policy-makers and the public come to terms with the many issues related to governing knowledge, Haggart and two co-organizers — Natasha Tusikov of York University and Kate Henne of the University of Waterloo — convened a workshop from May 16 to 18 called “Knowledge and Power in the Global Political Economy: A Multidisciplinary Perspective.”

Participating scholars came from across Canada, Australia, the U.S., and the U.K., bringing expertise from the fields of communication studies, politics, law, criminology and women’s and gender studies.

To create a common entry point for this multi-disciplinary event, the organizers used the writings of Susan Strange, an important thinker in international political economy whose work focuses on four key structures: production, finance, security and knowledge.

Using Strange’s work as a jumping-off point, the scholars presented papers on research that covered an array of knowledge-related topics, including the regulation of the internet, questions of truth and censorship, and the relationship between knowledge and control.

The complexity and immediacy of the examples presented was telling.

One paper on copyright and censorship, presented by Debora Halbert of the University of Hawaii, offered the example of Matt Furie, whose illustration, Pepe the Frog, was co-opted by white supremacists. Furie has tried to use copyright law as a means of taking back control of his intellectual property and combating hate speech, raising both legal and ethical questions.

“Whenever you have rules governing knowledge, there’s always going to be some form of censorship,” Haggart explains. “How do you reconcile the irreconcilable? The question is whether we think the censorship is legitimate or not.”

Jennifer Musto of Wellesley College responded to papers on surveillance technology at the U.S.-Mexico border and the Aadhaar system in India — which requires citizens to use an assigned ID number in exchange for services — by pointing out the immense real-world implications of these realities for individuals.

Her point resonated with Haggart, who notes that the workshop “generated an increasing awareness of not getting too abstract or too macro, because this affects real people and real bodies.”

Haggart, whose field of international political economy looks at the intersection between politics and the global economy, believes that the timing of the workshop — organized over the last year, well in advance of many of the headline-grabbing events it relates to — is key.

“It’s timely because people like us have been paying attention to these issues for a long time, but it’s only now that everybody’s finally realizing how important these things are,” Haggart says.

He was thrilled with the workshop and looks forward to sharing the work of his colleagues in a forthcoming book publication, which will collect both the presented essays and reflective responses to the issues and challenges confronted within them.

“We’re all contributing something distinct to the project of understanding knowledge governance,” says Haggart. “Overall, we’ll have a much stronger understanding if we listen to everyone and have these conversations.”